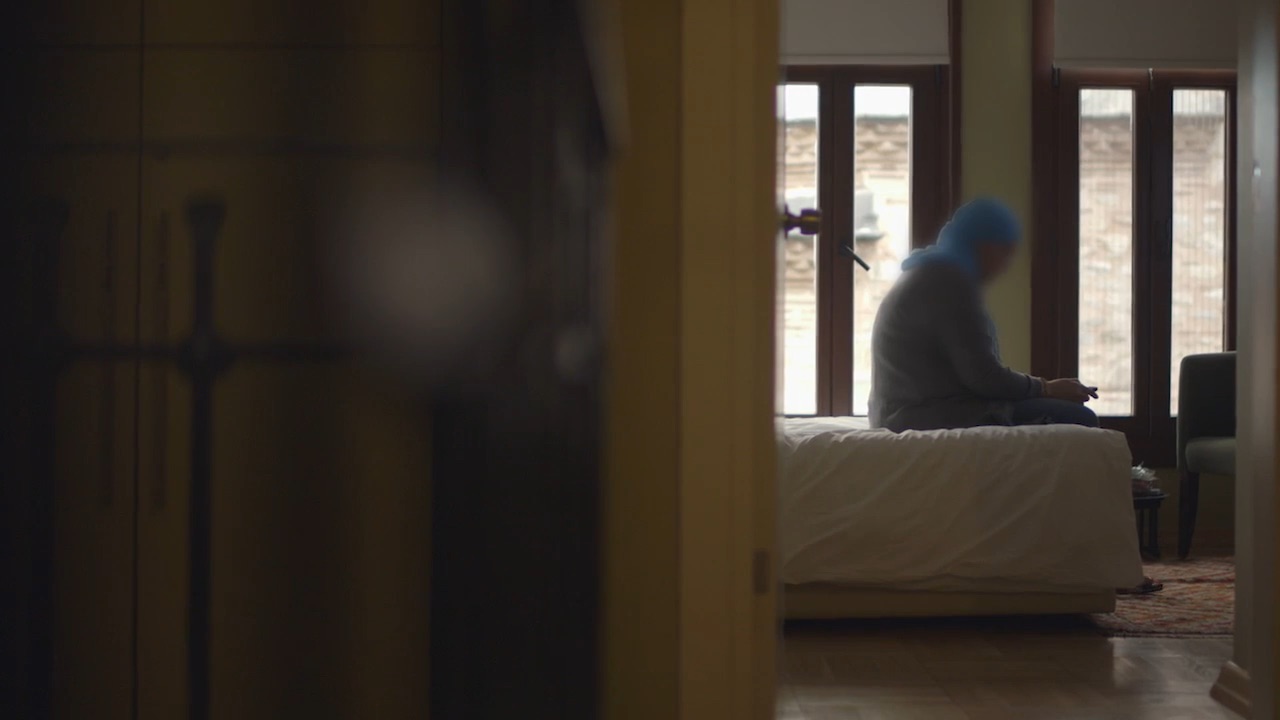 Produced by Bryn Hughes and David York of 52 Media Inc.

Lured by a toxic mix of propaganda showing images of the victims of war and horrific cruelty, alongside recruitment pitches with kittens and winking emojis, more than 100 Canadians have left home to join the war in Syria, to become members of Daesh (also known as ISIS, ISIL).

One of them was a 19-year-old Montreal woman – referred to in the documentary as Amina – who left in November 2014, shocking her mother with the news only after she’d left the country. She phoned home almost immediately after her arrival, telling her mother that she had made a terrible mistake.

Within those three years, Amina married an ISIS recruit from Germany, gave birth to his daughter and became pregnant with another.

In The Way Out, co-directors Michelle Shephard (Guantanamo’s Child: Omar Khadr) and David York (Wiebo’s War), take an intimate journey with the mother (given the pseudonym Saeeda for her own protection), from Canada to Europe and Turkey and back again, as they work various channels seeking what a CSIS officer calls the “exfiltration” of Amina from inside the so-called Islamic State and into the custody of Canadian officials.

Saeeda’s plight leads them to Thuwar Raqqa, an anti-ISIS Syrian militia aligned with coalition forces, whose contacts inside the Syrian city of Raqqa identify Amina’s husband as a German recruit and likely future suicide bomber with a reputation for being “difficult and cruel.”

The lengthy effort has risks on every side. The texts Saeeda receives from Amina have sometimes sounded strange, as if written by someone else, raising the fear that the planned escape could be a trap. Meanwhile, the war rages on and Raqqa itself could become a death sentence for Amina and her daughter as anti-ISIS forces besiege the city to liberate it.

But Saeeda also knows bringing her daughter home means Amina could be prosecuted and simply trade one prison for another. “You can’t hide what happened, it’s her reality,” says Saeeda. “She has lost the right to make choices.”

“The rise of ISIS and problem of Westerners who join the group has become one of the most vexing national security issues of our time,” says Shephard, the Toronto Star’s National Security correspondent, who co-produced and directed the film with David York.

“We had a straightforward goal in making this film. We wanted to tell a simple story about a mother’s angst, love, and determination, and through this, shed light on a complex problem.

After months of searching, we found Saeeda, and knew she was the one to tell the story. But we had no idea where the film would take us.”

As it turned out, endless legwork, hopes raised and dashed, and a headline-making finish, took them behind the scenes of one of the most controversial stories of the year.

The Way Out will air on the CBC Docs POV series, Sunday January 21, 9p.m, (9:30 p.m. NL) The documentary will also be available to watch online at cbc.ca/CBCDocsPOV on Friday, January 19, from 5 p.m.

The Way Out is produced by 52 Media Inc., in association with the Canadian Broadcasting Corporation, with the participation of the Canada Media Fund (CMF), the Canadian Film or Video Tax Credit, the Ontario Media Development Corporation, Rogers Documentary Fund and Rogers Telefund.