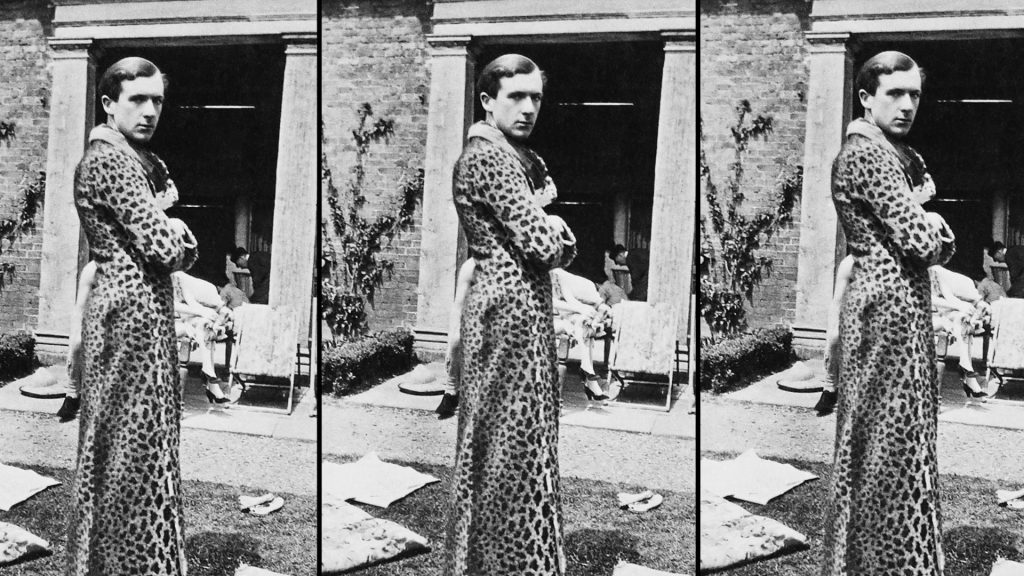 A Man For All Mediums

“most engaging…” The Hollywood Reporter

“intelligent, thorough and sympathetic” – The Guardian

“His life speaks to me. I feel everyone can dig deep inside themselves and find the strength to achieve their vision. That was Beaton’s real legacy.” – Lisa Immordino Vreeland, Director

He’s a man who virtually created the job of fashion photographer. His sense of style informed the images of early Hollywood and the blazing beauty of movie musicals like Gigi and My Fair Lady. Cecil Beaton was a dandy whose creative impact on the 20th Century lives on in the 21st.

Love, Cecil by Lisa Immordino Vreeland (Peggy Guggenheim: Art Addict) is a feature documentary that follows the unlikely path of a lower-born son of the merchant class who became The Royal Family’s photographer of choice, and whose Vogue magazine covers defined fashion in New York, London and Paris.

Narrated largely in the first person by Rupert Everett from Beaton’s own diaries, Love, Cecil tells the story of a societal outsider, frail, androgynous and out-of-place, who decides to act on his creative impulses in every way possible – transforming high society in his own image as he went.

With a group of high-living friends and patrons (including playwright Daphne du Maurier, writer/critic Lytton Strachey, painter Rex Whistler and composer William Walton), he recorded on film a tongue-in-cheek 1920s “scene” called the Bright Young Things that became a template for breaking societal boundaries, sexual and proprietal. He experimented with cross-dressing as creative expression and fell madly in love with various combinations of best friends.

But it was in America that Beaton’s sensibility and eye found a home – at the style-setting Vogue magazine in New York, and in Hollywood, where he all but created the “look” of Gary Cooper, Paulette Goddard, Marlene Dietrich and especially Greta Garbo (the two had a passionate affair, though both were predominantly attracted to the opposite sex).

“The more I discovered about him, the more I was drawn in by Beaton’s creative breadth,” Immordino Vreeland says. “He was a true polymath, relentless in his expression. In the end, he sacrificed much of his personal life at the altar of creativity.”

Love, Cecil traces a life of highs and lows, including a blacklisting that occurred after his use of an almost unnoticed anti-semitic slur in Vogue and his reconciliation with high society after a command-performance photo session for the Queen Mother in the 1930s. There was his “penance” as a war photographer, capturing some of the era’s most stark images, and his rebirth as a world-class set designer on stage and on film.

His flamboyance even carried his influence forward into the swinging ‘60s and ‘70s, when, as a last act, he captured some of the most stylish images of Mick Jagger, Jean Shrimpton, Twiggy and artistic boy-wonder David Hockney.

“He had this lifelong feeling of being an outsider, and yet managed to draw everybody into his world,” adds Immordino Vreeland. “The standards of his visual style are still embraced as today.”

About BLUE ICE DOCS
Founded in 2014 in partnership between Robin Smith, president of KinoSmith, and Blue Ice Group co-owners, Steven Silver and Neil Tabatznik, Blue Ice Docs uses the expertise and skills of both organizations to acquire, fund and develop a wide variety of non-fiction projects from around the world. Upcoming releases include THE CLEANERS, THE WORKERS CUP, MUHI: GENERALLY TEMPORARY, MODIFIED, ANOTE’S ARK and FROM SHOCK TO AWE.