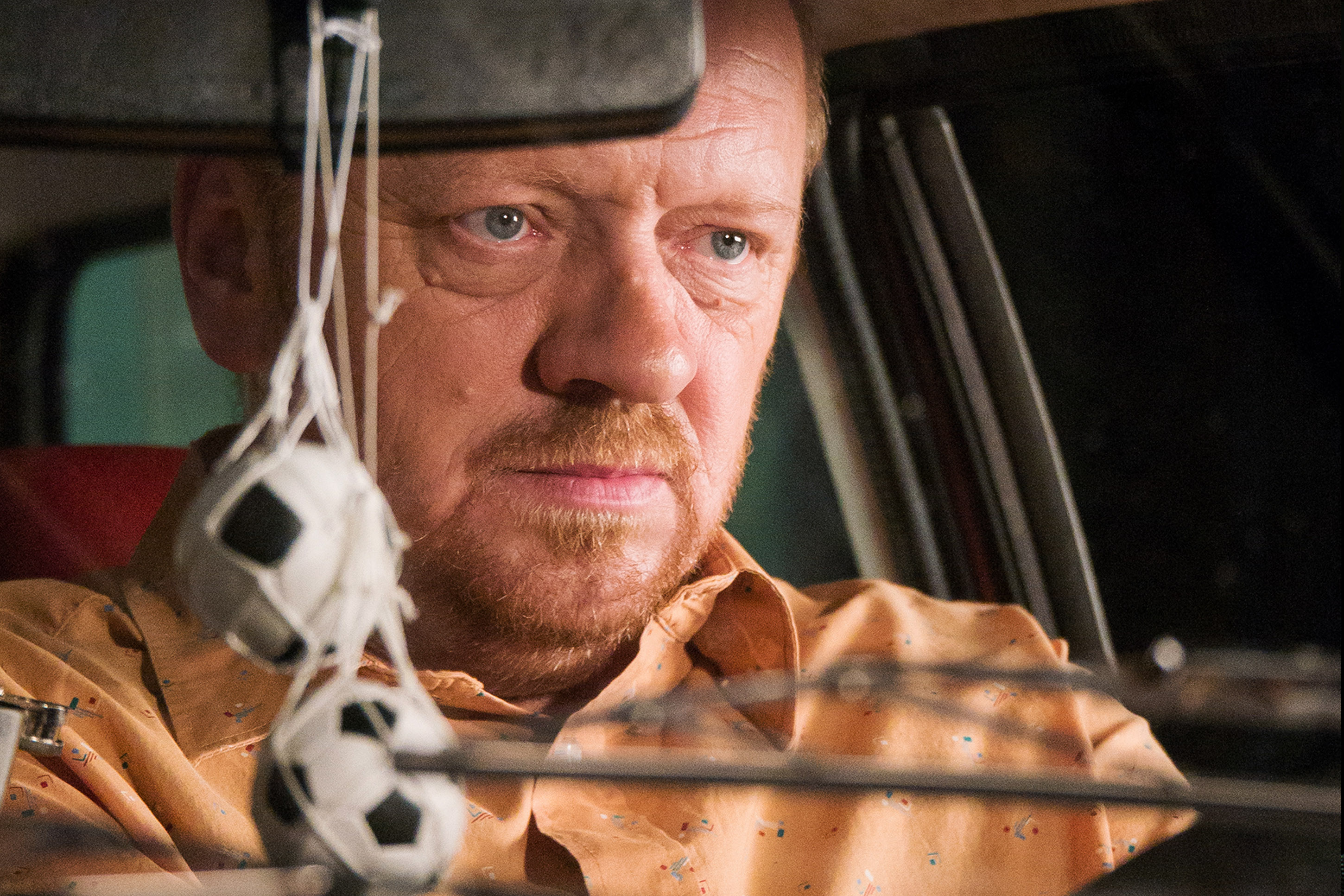 Performance by an Actor in a Leading Role (Jasmin Geljo)

Performance by an Actress in a Supporting Role (Cynthia Ashperger)

A performer who once brought slapstick laughter to TV viewers in his native former Yugoslavia, Jasmin (Jasmin Geljo) is a rootless soul. Now an underemployed actor in Toronto, he finds the pieces of his former and present life meshing uncomfortably. When he is cast for a role set amidst the very Bosnian-Herzegovinian civil war he escaped decades earlier, the line between fiction and reality become blurred.

Pointedly not a war story, The Waiting Room is about the long legacy of wartime effects, and the often-tragic backstories that immigrants carry.

“He was a successful actor in pre-war Sarajevo and was part of a wildly-popular televised stage show called Audicija (The Audition),” says director Drljaca. “Jasmin, like many others, left his homeland during the war in the 1990s, aware that his stay would likely be permanent, but always hoping to return. Zeljko Kecojevic, who plays Zoran in the film, was also a member of Audicija, and like Jasmin, moved to Toronto.”

Drljaca says a key consideration was to never show actual war scenes, even in flashback. “Rather, the intention was to tie every scene into the present. When Jasmin is cast as an actor showing an ‘idyllic’ trip from coastal Croatia into the heartland of pre-war Bosnia and Herzegovina, I wanted to blur the lines of fiction and re-creation, the tragic and the absurd.”

Himself a native of Sarajevo, Drljaca has lived in Canada since 1993, where – with his producing partner Albert Shin (In Her Place) – he has gained notice as a blazingly creative cinematic storyteller. The Waiting Room is his second feature film, his first (Krivina), and many of his shorts have also screened at TIFF, and other major festivals. His in-development third feature Tabija has already received backing from the Cannes Film Festival’s L’Atelier program.

The Waiting Room is a TimeLapse Pictures, Gearshift Film and YN Films production, and it has been generously funded by Telefilm Canada, Canada Council for the Arts, Ontario Arts Council, and The Harold Greenberg Fund.

Filmmakers Igor Drljaca and Albert Shin met at York University while studying in the film production program and created TimeLapse Pictures, their production company based in Toronto, Canada. Having completed three feature films and nearly a dozen short films, the company has garnered worldwide attention that has earned them countless awards. timelapsepictures.ca

YN FILMS was established in 2006, with offices in Toronto and Istanbul and has produced many award-winning short films, documentaries and feature films including WHITE AS SNOW (dir: Selim Gunes), which premiered at the Chicago Film Festival ’10.  YN Films is currently developing several projects with filmmakers from the Middle East and Canada, which include THE FABULOUS ADVENTURES OF INÉS (Carl Bessai), BORHAN (Mahmoud Al Massad), and IN THE NAME OF HONOUR (Noura Kevorkian). yeninesilfilm.com/

About A71 Entertainment Inc.

A71 Entertainment Inc. is a newly formed distributor on the Canadian Feature Film landscape. Recent releases include NUMB (2016), ACROSS THE LAND (2016), THE RAINBOW KID (2016). The company, focused on bringing high-quality festival films to theatres, was founded by Chad Maker, David Miller and Kirk Comrie in 2013. Upcoming releases include JACKIE BOY, and Ken Finkleman’s AN AMERICAN DREAM: THE EDUCATION OF WILLIAM BOWMAN. For bookings contact: screenings@a71entertainment.com