After The Sirens, directed & produced by Kevin Eastwood 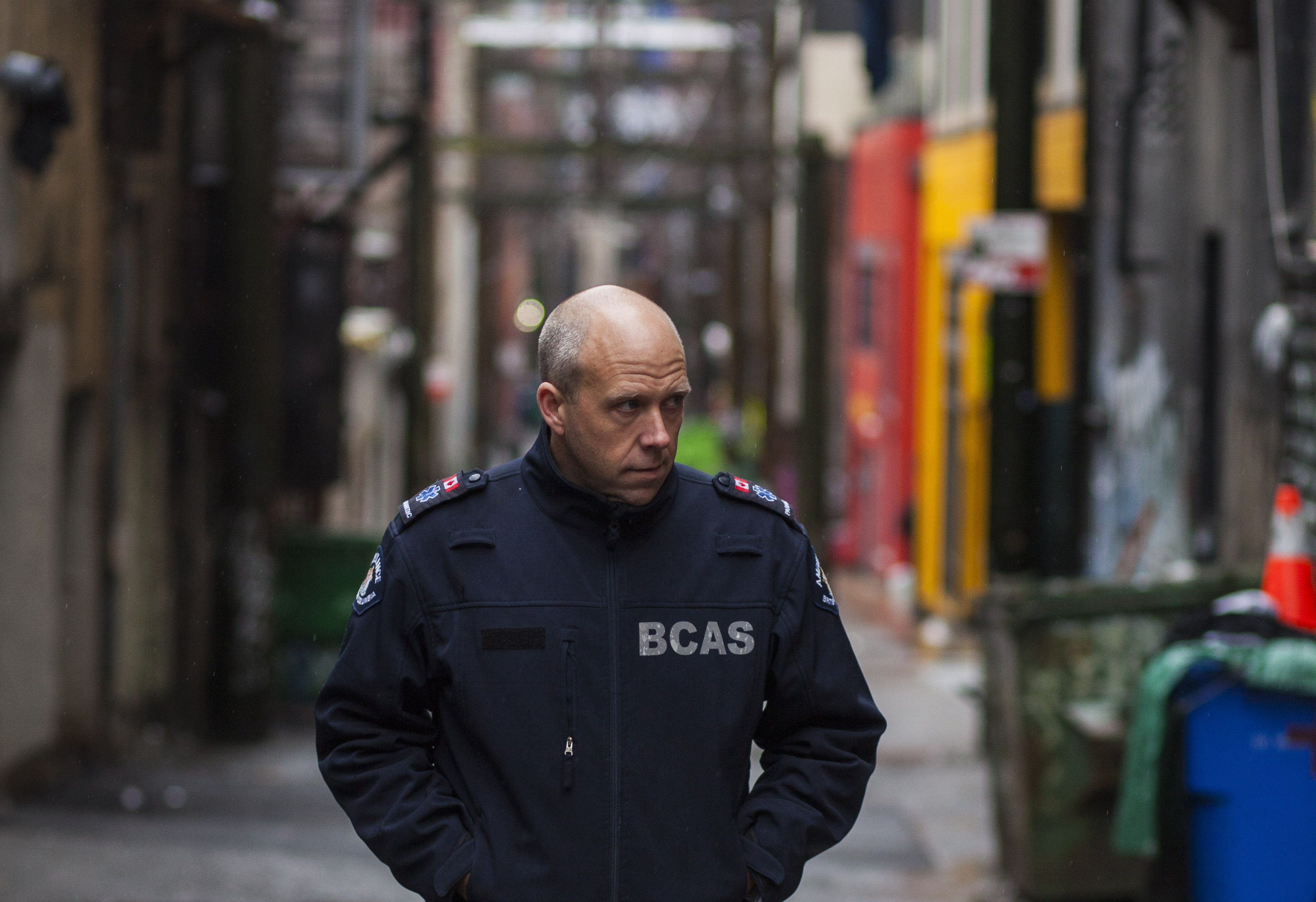 The documentary will also be available to watch online at

Who cares for the caretakers?

That is the vital question posed by Kevin Eastwood’s deeply insightful and heart-stirring documentary AFTER THE SIRENS, a look at the ramifications of being an Emergency Paramedic in today’s challenging times.

Powerfully revealed through the candid first-hand accounts of three Paramedics—Natalie Harris in Ontario, and Clive Derbyshire and Don Devine in British Columbia—the documentary underscores the perils suffered by those who “just want to help” via caring for survivors of traumatic events such as accidents, suicides and murders.

Being first on the scene to extensively care for the injured has its own repercussions, from depression, drug and alcohol addictions and extensive Post-traumatic Stress Disorder (PTSD) to the very worst—the rate of suicide among paramedics is five times the national average.

When events are still recent and raw, openness in talking about mental health issues is difficult, even with the annual February “Let’s Talk” campaigns, so paramedics suffer in silence as walking wounded, playing it tough because PTSD is still mainly associated with war veterans.

But dealing with the aftermath of a traumatic event is a horror of its own and PTSD is not being recognized as its fallout. Even if a Paramedic perceives they have PTSD, admitting it often doesn’t occur as they’re fearful of losing their jobs or families due to the stigma still surrounding mental health issues,

These brave and nurturing professionals who tend us when we’re at our worst, our most vulnerable, deserve to be heard and protected too.

AFTER THE SIRENS was produced by Optic Nerve Films in association with the Canadian Broadcasting Corporation, and with the participation of the Canada Media Fund.