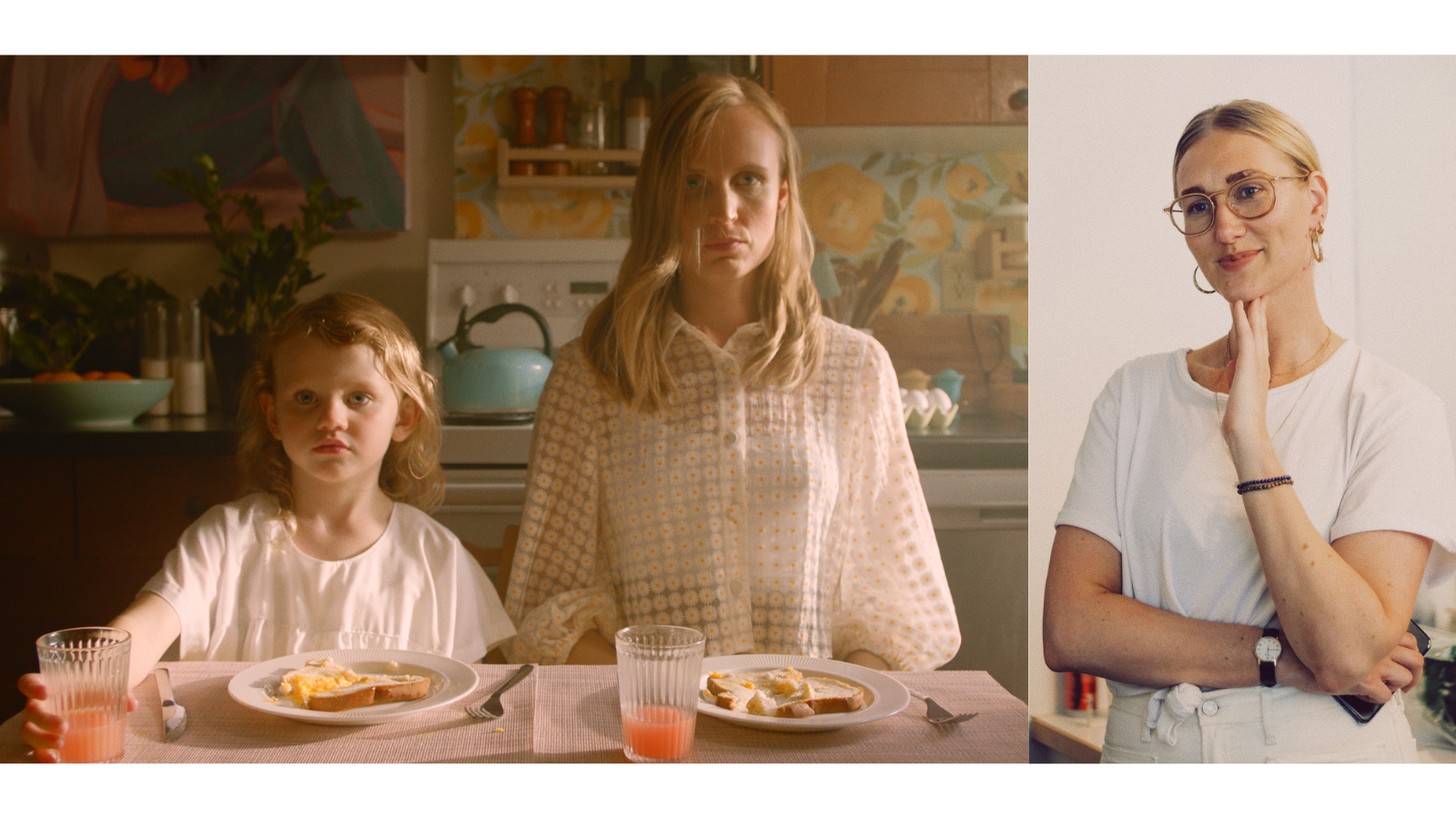 Punctuated by her journey from Crimea to Scarborough, Alina leads with empathy in all of her projects, from music videos to short films to commercials to web series to her developing feature films.

Alina’s directorial debut was the music video SOMETHING ABOUT YOUR LOVE  which played on CP24 and CBC TV, and won the “AstroLabs Award” at the Toronto New Wave Film Festival 2018. With close to 90,000 views, the ColinResponse tune is not only a great throwback to 90s style of music, you can see Alina’s talents as a fierce storyteller.

The second short film from Alina is LITTLE SOUL which she wrote and directed, and was a finalist at the BravoFACT x WIFT-T Pitch Competition in 2017. It premiered recently, January 7, 2021, on CBC TV and is currently available to stream on CBC Gem. It’s a whimsical drama that portrays how an adult’s true self exits in the form of a child, acting as the honest guide to the adult psyche. “I wanted to portray something that is universal but is unseen,” says Alina, “to show how easy it is to deny ourselves joy in a society that tells us that it must be earned.”

Heading into feature film territory, Alina’s first screenplay, DADDY ISSUES, was selected as part of FEM Script Lab in February 2020 and is currently being shopped around.  Her second feature film screenplay THE PROPAGATION OF THE HUMAN HEART was optioned for development by a well known film company, and now has regained the option back deciding to independently pursue this project.

Alina participates in a number of online panels and is featured often in Q+As. In February 2020 she was selected to participate in the “Rising Director Lab” at  Pendance Film Festival, and in March Alina was featured as part of adam&eveDDB global #SheTakesOver campaign as a female filmmaker to-watch.  Also in February 2020, a video collaboration with Rupi Kaur, for her poem “many tried but failed to catch me” was released on Kaur’s instagram garnering close to 221k views to date.

In August 2020, Alina joined the FyfeShader roster as a commercial director, where she recently directed a KNIX commercial which was broadcast internationally and digitally throughout the USA and Canada.

Prior to her directorial debut, Alina worked in interactive production as a Creative Director and Writer, bridging creativity, strategy, and storytelling to create multi-platform content (online & OOH) for global advertising agencies, international studios/broadcasters, and global brands, such as Google (US), History Channel (Canada), Rupi Kaur  and Genesis (Canada).

The culmination of all of this work points to 2021 as a keystone year in Alina’s journey to tell authentic, compassionate stories.