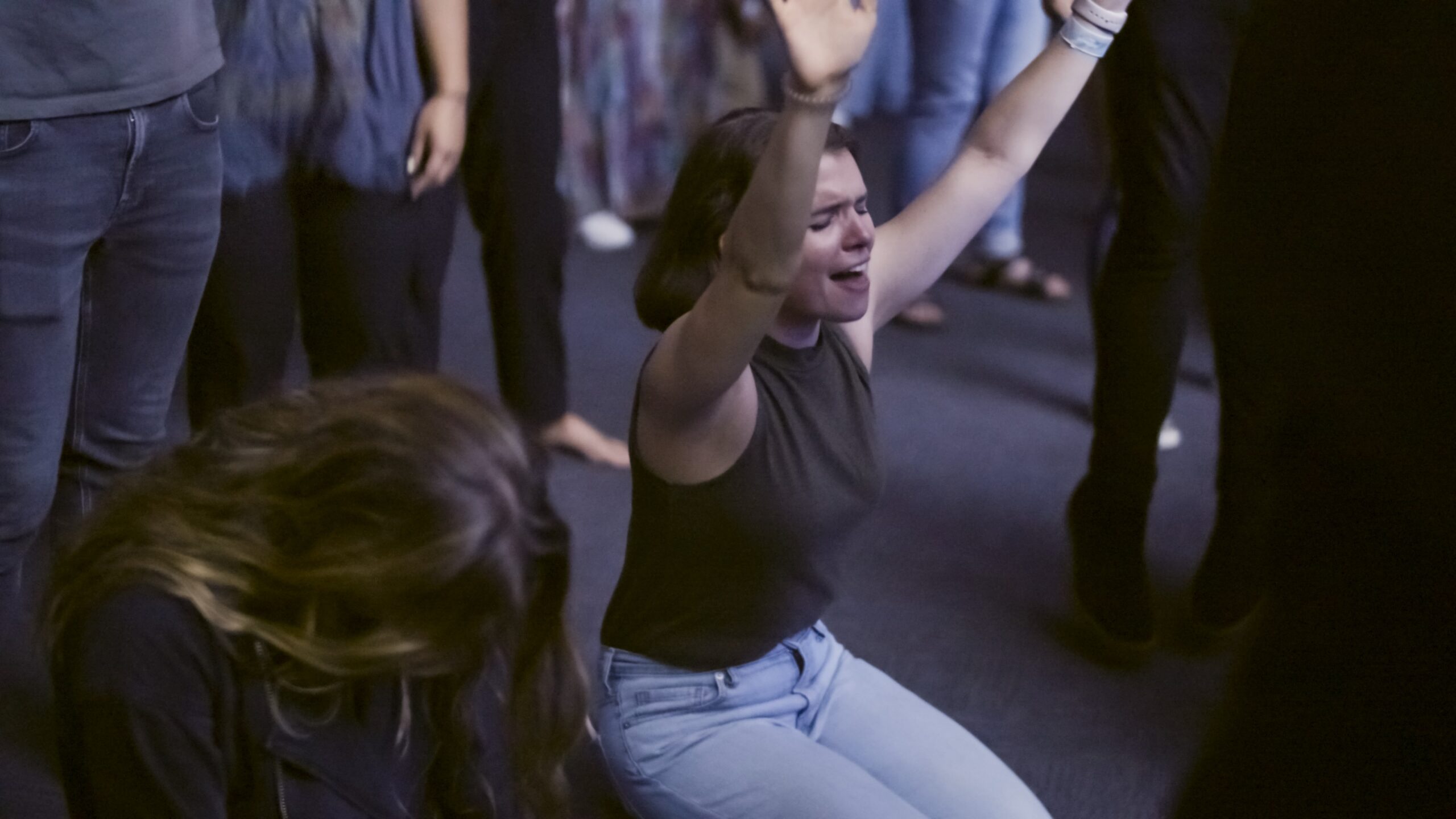 a film by Ali Weinstein

Straight off its successful world premiere at Hot Docs, #BLESSED makes its broadcast premiere as part of CBC Docs POV, Saturday July 18 at 8 p.m. (9 AT, 9:30 NT) on CBC and the free CBC Gem streaming service.

The pastor seems possessed with righteous fury, addressing worshippers in a voice so loud it scarcely needs amplification. But this sermon differs from your typical evangelical experience.

First, this Aussie-accented spokesman for Jesus has a sartorial holy trinity of his own – t-shirt, tattoos and torn jeans. And his words are sometimes more about demographics than the Divine.

“FYI, city of Toronto,” Pastor Sam Picken screams. “Stop treating us like adolescent babies! 30 is the new 18? Are you kidding me? Shut up and stop procrastinating on your destiny!”

In #BLESSED, documentarian Ali Weinstein tells the story of the Australian-based church, C3, that has set up more than 500 houses of youth-targeted worship worldwide. It follows the progress of the charismatic Pastor Sam, who already started two branches of the church in Toronto and is on the verge of beginning his third as the film begins.

The success of C3, which was founded in 1980 in Australia, speaks to a receptiveness – and possible vulnerability – of a generation whose most common shared experience has been disappointment. They get degrees and may not get jobs. If they do get jobs, they may still feel unfulfilled. And the most connected generation in history may also be the loneliest.

And yet, C3’s sales pitch is personal and individual. Congregants are made to say to each other, “You are different than me… and that’s a good thing.” At prayer meetings, though Pastor Sam’s voice rings loudest, everyone says their own personal prayer out loud, creating a cacophony of pleas to Jesus in many different tongues.

Weinstein’s cameras follow Galen, a PhD cultural studies student who expresses mixed feelings as he interviews followers about what they get from this fast-growing franchise of music, spiritual aphorisms and affirmation. There’s Mona, who, with her history of childhood sexual abuse, seems to find solace in a chaste relationship with her boyfriend David, a prospective C3 pastor himself. There’s Conan, who candidly admits he doesn’t believe in the supernatural version of Christ’s story, but attends the church because “the people who believe in God seem transformed on another level.”

And there’s Aimee, a hairstylist whose embrace of C3 saw her lose contact with friends and family, and end a same-sex relationship, before she realized she was still as anxious and full of self-doubt after “accepting Christ” as before.

While Sam and his team have given church a modern rebranding, it becomes clear as the characters’ stories unfold that what these youth are searching for is not new at all. It is in fact fundamental — the age-old need to be part of something bigger than oneself. But how will C3’s new converts react to its conservative Christian values hidden beneath its shiny new packaging?

“Most of us have strong feelings about religion, so I expect everyone watching will come to this film with their own ideas about what to expect,” says Weinstein. “It would be nice if people walked away having seen something different than they expected, maybe rethinking at least one small part of how they perceive a church like C3.”

Written and directed by Ali Weinstein, and produced by Cornelia Principe. Cinematography by Jesse McCracken, with editing by Robert Swartz. Associate produced by Stephanie Weimar and executive produced by Nisha Pahuja.

Produced by Notice Pictures Inc. in association with CBC; with the participation of the Canada Media Fund; and with the assistance of Rogers Telefund, The Canadian Film or Video Production Tax Credit, and Ontario Creates Tax Credit Program.

About Ali Weinstein
Ali Weinstein is a documentary director and producer based in Toronto. Her directorial debut MERMAIDS, about a group of women who strongly identify with the powerful aquatic archetype, premiered at Hot Docs in 2017. MERMAIDS has screened at many international festivals since and has been broadcast in Canada, Israel, Brazil, France, and Germany. In 2018, Ali co-directed THE IMPOSSIBLE SWIM for TSN as part of their Engraved on a Nation series. She had two films at this year’s Hot Docs Festival: She directed #BLESSED (CBC Docs POV) about the stunning success of an evangelical church amongst Toronto millennials, and she produced Lulu Wei’s THERE’S NO PLACE LIKE THIS PLACE, ANYPLACE (CBC Docs POV) about the redevelopment of the iconic Toronto block where the world famous Honest Ed’s store once lived (produced through the inaugural Telefilm Talent to Watch Program). She holds an MFA in Documentary Media Studies from Ryerson University, and her previous work includes two years as Associate Producer at Primitive Entertainment. Ali is also a proud board member of Breakthroughs Film Festival, Canada’s only festival devoted to showcasing short films by emerging women-identified and non-binary directors.

About Notice Pictures Inc.
Notice Pictures Inc. is the formal union of the team that made the award-winning projects The World Before Her and Diamond Road. Emmy©-nominated filmmakers Nisha Pahuja and Cornelia Principe have worked together on and off for almost two decades and have forged a strong and fruitful working relationship. 14 & Muslim, which premiered on CBC Docs POV in 2019, was their company’s first release. They are currently in post-production on the feature documentary Send Us Your Brother.