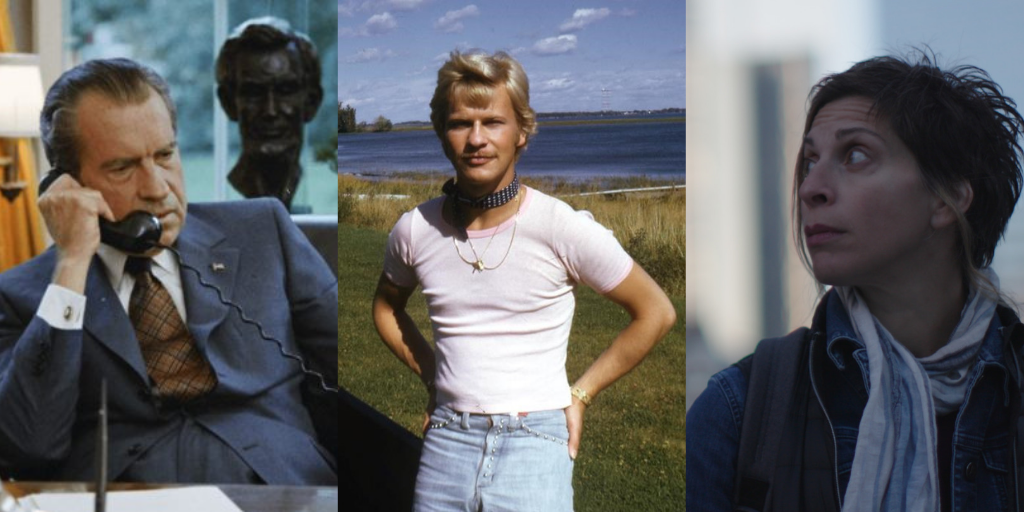 From Academy Award winning director Charles Ferguson (Inside Job, 2011 Academy Award® for Best Documentary Feature), comes WATERGATE the full story of the conspiracy led by President Richard Nixon and his White House staff and how they were brought to justice. New interviews with journalists, senior Nixon administration officials, members of congress, and prosecutors – combined with archival footage and newly sourced information from the Nixon White House tapes – will bring a fresh perspective on the complex Watergate case.

Well-known Swedish Director Fredrik Gertten tackles the housing crisis in his latest feature film, PUSH. As housing prices skyrocket in cities around the world, incomes don’t. PUSH sheds light on a new kind of faceless landlord, our increasingly unlivable cities and an escalating crisis that has an effect on us all. This is not gentrification, it’s a different kind of monster. The film follows Leilani Farha, the UN Special Rapporteur on Adequate Housing, as she travels the globe, trying to understand who’s being pushed out of the city and why. The North American Premiere was held at Hot Docs recently to packed houses.

Killing Patient Zero directed by Laurie Lynd also premiered at Hot Docs tells the incredible story about Gaëtan Dugas, who was a Canadian man diagnosed as one of the earliest cases of HIV/AIDS in North America, but became incorrectly demonized as “patient zero” for the epidemic after his role in the early story of the disease was misreported in the 1987 book And The Band Played On by Randy Shilts.

Founded in 2014 in partnership between Robin Smith, president of KinoSmith, and Blue Ice Group co-owner Neil Tabatznik, Blue Ice Docs uses the expertise and skills of both organizations to acquire, fund and develop a wide variety of non-fiction projects from around the world. Current releases include INVISIBLE ESSENCE: THE LITTLE PRINCE, BLUE NOTE RECORDS: BEYOND THE NOTES, NOTHING LIKE A DAME, MINDING THE GAP, and CHEF FLYNN and upcoming releases include PUSH, GURRUMUL, THE SILENCE OF OTHERS, WATERGATE, KILLING PATIENT ZERO and ALL THE WILD HORSES.