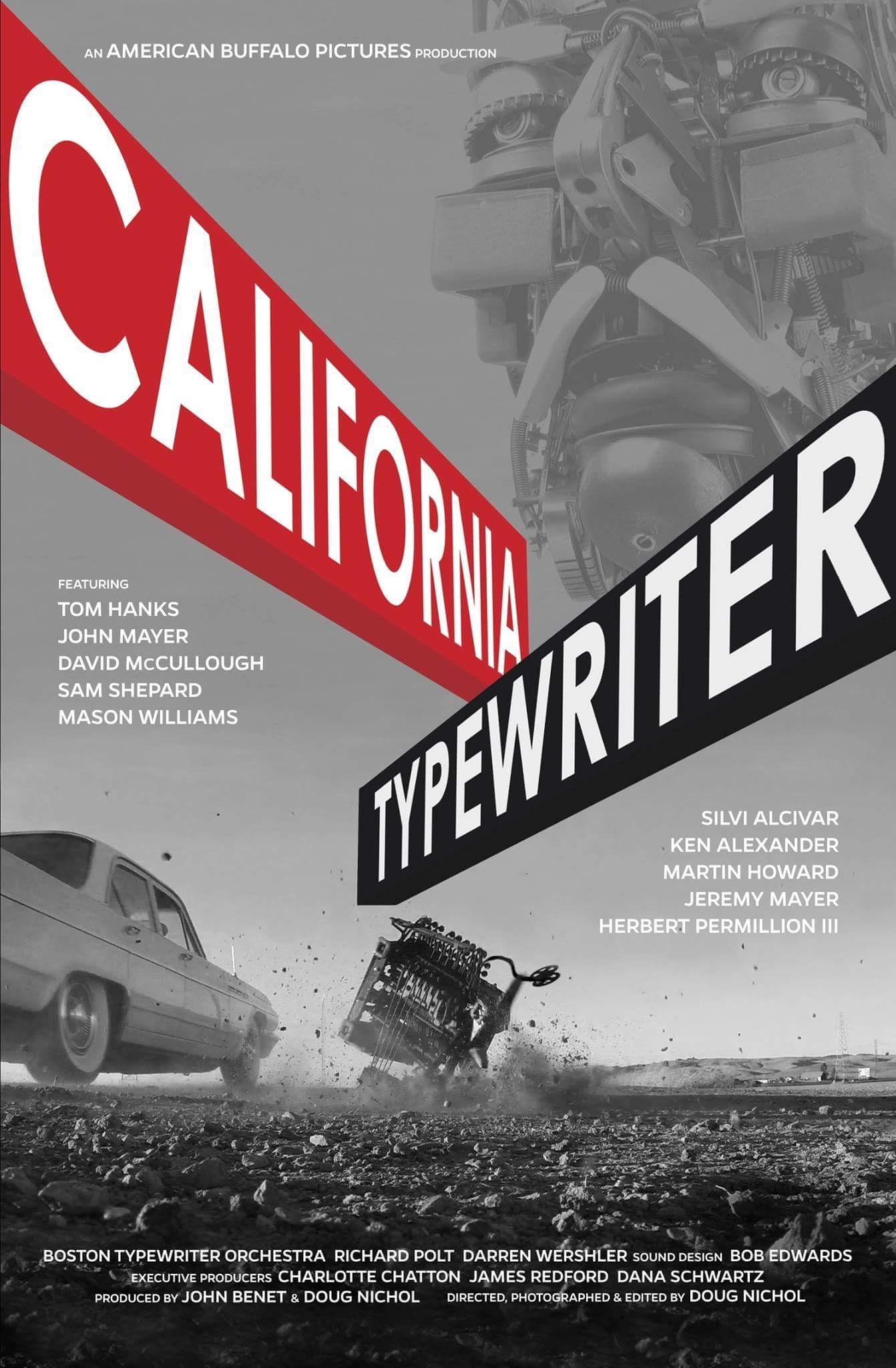 “Doug Nichol has created a loving valentine to all the iconoclasts who resist what the rest of the world defines as progress.” – The Hollywood Reporter

A film by Doug Nichol

Doug Nichol’s loving tribute to the writing machine of a bygone era, California Typewriter has left an indelible mark on festival audiences, and is now opening theatrically in Toronto at the Hot Docs Ted Rogers Cinema on October 27.

This crowd-pleasing film – named after one of the last remaining typewriter repair shops in the USA – celebrates the design, tactility and permanence of the typewriter.

The shop struggles to survive as celebrity devotees including Tom Hanks, John Mayer and Sam Shepard weigh in on their deep love for the machines.

For those beyond repair, artist Jeremy Mayer lovingly repurposes their parts to create elegant sculptures.

The film also features Torontonian Martin Howard, a collector and dealer of antique typewriters, who has spent more than a quarter century building his unique collection of the world’s earliest typewriters.

“I think that typewriters and computers can coexist – much like vinyl records and digital music,” says director Nichol. “Just because one is faster doesn’t mean it is better. It’s like riding a bicycle versus riding a motorcycle. They both might get you to the same place, but the experience and pleasure of the journey is different.”

California Typewriter is an entertaining ode to a technology that most find obsolete and disposable but which some still joyously embrace.

About BLUE ICE DOCS
Founded in 2014 in partnership between Robin Smith, president of KinoSmith, and Blue Ice Group co-owners, Steven Silver and Neil Tabatznik, Blue Ice Docs uses the expertise and skills of both organizations to acquire, fund and develop a wide variety of non-fiction projects from around the world. Upcoming releases include, DO DONKEYS ACT?, SCHOOL LIFE, CHAVELA, SPETTACOLO, WHOSE STREETS, and DRIES.