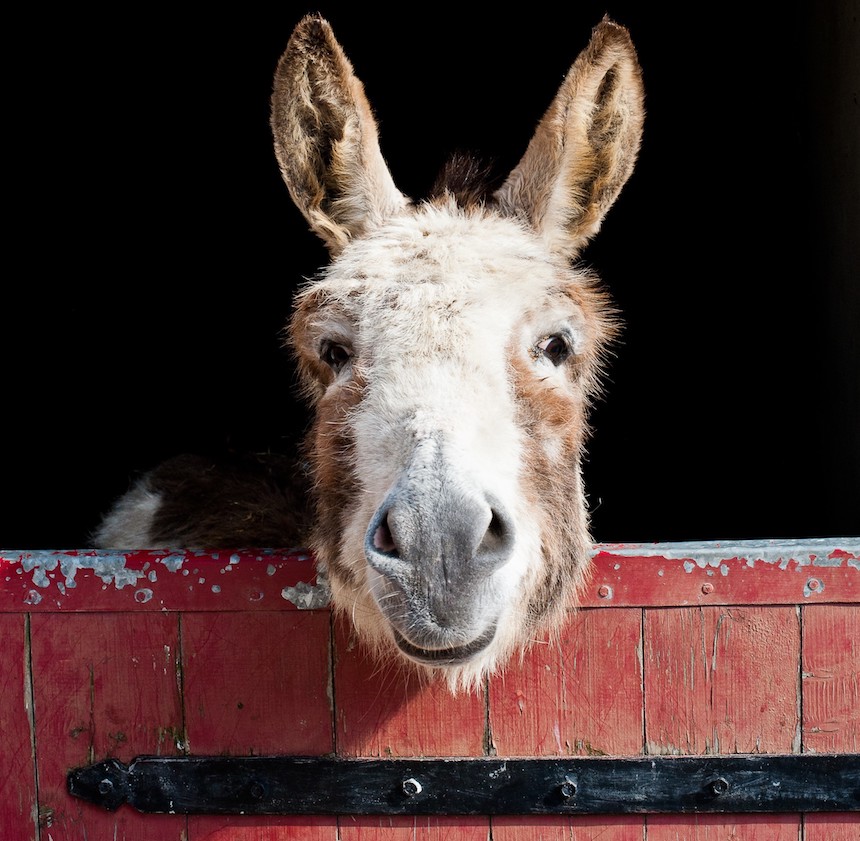 DO DONKEYS ACT?
A film by Ashley Sabin and David Redmon, narrated by Willem Dafoe

“Wonderfully offbeat.” – The Globe and Mail

The humble donkey takes the stage in Do Donkeys Act?, which stole hearts and minds when it premiered at 2017 Hot Docs Festival. This charming and poetic “donkumentary” is returning to Toronto for a week-long theatrical run at the Hot Docs Ted Rogers Cinema.

Willem Dafoe narrates this strange and surprisingly beautiful Hot Docs Festival favourite about a group of donkeys recovering from abuse in a sanctuary. In entrancingly rhythmic prose, Dafoe gives a new perspective on the donkey—deterring us from adding human values to their behaviour with subversive and mind-bending words. An attempt to restore dignity to these disparaged animals, Do Donkeys Act? becomes increasingly attuned to their point of view, asking us to try to see the world as they do—to give the donkey its due. Dafoe’s words imbue the film with unexpected emotional resonance and might just give you a newfound sympathy for the donkey.

“Do Donkeys Act? subtly subverts the notion of the “dumb beast” as it captures donkeys communicating emotionally with each other in the midst of healing from human cruelty and neglect.” Redmon says. “It’s about being with these beautiful creatures and experiencing their sentience.”

About BLUE ICE DOCS
Founded in 2014 in partnership between Robin Smith, president of KinoSmith, and Blue Ice Group co-owners, Steven Silver and Neil Tabatznik, Blue Ice Docs uses the expertise and skills of both organizations to acquire, fund and develop a wide variety of non-fiction projects from around the world. Upcoming releases include, CALIFORNIA TYPEWRITER, CHAVELA, SPETTACOLO, WHOSE STREETS?, SCHOOL LIFE, and DRIES.