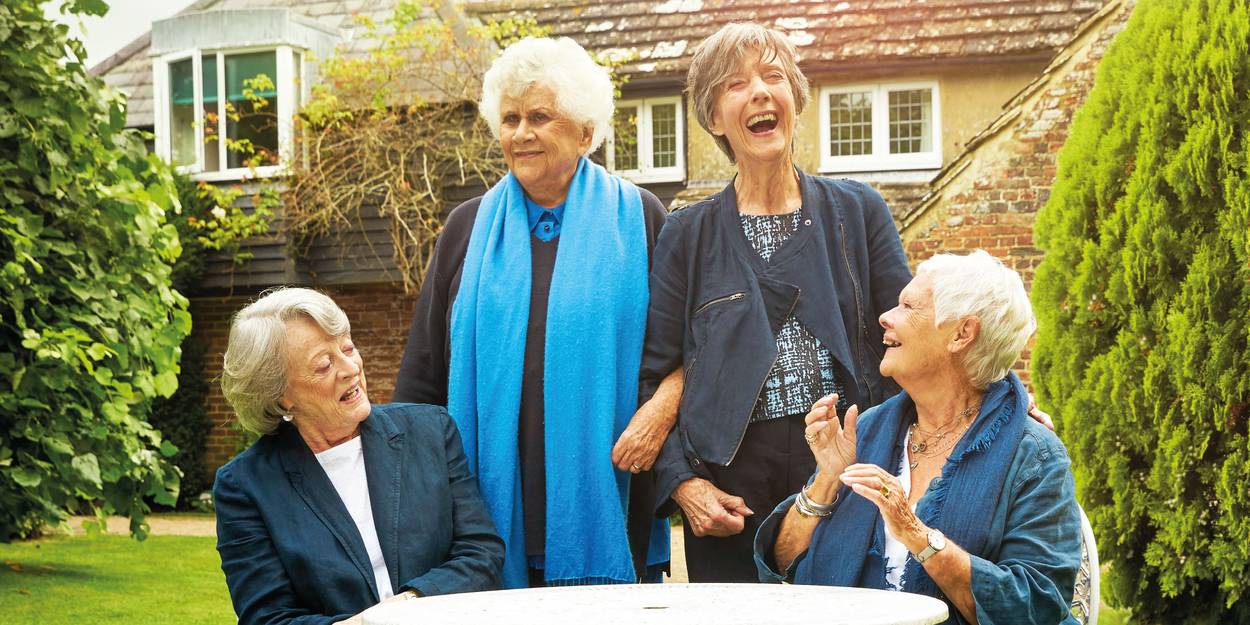 Nothing Like A Dame is a unique celebration of the lives and careers of four of our most iconic actresses: Smith, Dench, Plowright and Atkins. All four have gone from being fledgling actresses in the 1950s to acting royalty. They’ve watched each other’s careers grow and bloom and have celebrated life’s ups and downs together.

Here’s a great opportunity to spend time with these acting legends as they talk about their lives and their professional experiences across theatre, television and film.

Directed by Roger Michell (My Cousin Rachel, Notting Hill), the film also includes a range of astonishing archive material. It is candid, funny, caustic, irreverent, poignant and utterly engrossing, this unmissable release is proof that there is truly nothing like a Dame.

“I  wanted  these  amazing  women  to  do  what  they  are  all  world  champions  at  doing:  talking:  yacking, gossiping,  reminiscing,  reflecting,  cursing,  loving,  praising  and laughing,” says Michell.  “I  wanted  the  film  to  make  us feel  like  we are  eavesdropping,  that  nothing’s  been  rehearsed,  or  is  being  presented  to  camera.  My ambition  was  to  create  something  that  felt  like  anthropology,  like journalism,  like  a  privileged intimacy,  not  reverential,  not  polite,  not  hovering  deferentially  around  Grand  Dames.  I  wanted  to put  these  extraordinary  women  around  a  table  or  two  and  get  a  glimpse  of  their  pasts,  their presents,  their  affection  for  each  other  and  their  interaction  with  each  other.  More  in  the  spirit  of  a  rockumentary  than  a  lyrical  study  in Lavender:  more  the  Rolling  Stones  than  the  rolling  countryside:  more  Spice  Girls  than  Sibelius.”

Founded in 2014 in partnership between Robin Smith, president of KinoSmith, and Blue Ice Group co-owners, Steven Silver and Neil Tabatznik, Blue Ice Docs uses the expertise and skills of both organizations to acquire, fund and develop a wide variety of non-fiction projects from around the world. Upcoming releases include CHEF FLYNN, GURRUMUL, THE SILENCE OF OTHERS, UNITED WE FAN, OVER THE LIMIT, ALL THE WILD HORSES, THE OSLO DIARIES and THE HEAT: A KITCHEN (R)EVOLUTION.