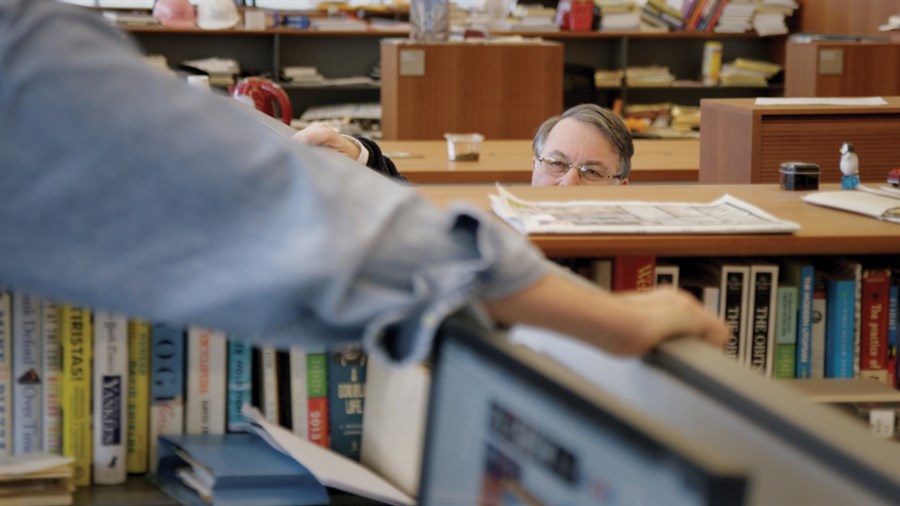 “Vanessa Gould has crafted the perfect documentary with morbid wit and fearless curiosity…Death, the great haunter, hovers at the foot of this film, but is examined in a way that is surprisingly inspirational, uplifting, and often hilarious.” – The Upcoming

“An enjoyable behind-the-scenes look at one of journalism’s odder jobs.” – The Hollywood Reporter

OBIT
A film by Vanessa Gould

Opens in Toronto – A One Week Engagement
Starting March 31, 2017
tiff Bell Lightbox – 350 King St. W.
It is literally a dying art. In-depth obituaries require investigation, sensitive interviewing and deft writing. They are a connection to history that defies the ephemerality of the digital world.

And no collection of “deskers” does past lives better than the New York Times obituary team. The acclaimed documentary OBIT from Peabody Award winner Vanessa Gould (Between the Folds) introduces viewers to veteran journalists whose daily job is to absorb the lives of people who died, make an editorial case for their impact and newsworthiness, and do them justice in print – all in the seven hours before deadline.

Obit writers like Bruce Weber, Margalit Fox and William Grimes come to the job with a lifetime of journalistic skillsets. And they dedicate themselves to becoming “instant experts” on all-but-forgotten politicians, artists, eccentrics and history-making behind-the-scenes figures (like the handler in charge of JFK’s television image whose pre-debate prep helped swing the public perception of Kennedy as a more vital candidate than Richard Nixon in the 1960 presidential election).

By its very nature, OBIT also gives us direct contact to newspaper practices of a nearly-bygone era. Google is often a poor research tool for minor events a half-century past. So Times’ obit writers are heavy users of the aptly-named “morgue” – the old-school archives of musty clipping files and photos that only the most veteran reporters at most papers remember using.

“The fact that it’s the New York Times was not the most important thing to me,” Gould says. “There was a philosophy at work that intrigued me, the perspective of these seasoned writers and reporters on this universal subject matter.”

At the same time, she knew she was dealing with something that was not externally exciting. “I knew the intellectual content would be rich. But newsrooms aren’t like old movies anymore. Phones don’t ring loudly and papers don’t fly. People just sit and type.” So she became an investigator herself, unearthing archival footage of some Times obituary subjects.

“You ask yourself, ‘What do obits do?’ They unearth the past. So I said, ‘Let’s use this film as an excuse to dig through treasure troves of weird stuff and help tell those untold stories.’”

OBIT world premiered last year at Tribeca, and at Hot Docs in Canada. It has played at more than 45 international festivals to high acclaim. OBIT will be released theatrically in the US in April 2017.

Founded in 2014 in partnership between Robin Smith, president of KinoSmith, and Blue Ice Group co-owners, Steven Silver and Neil Tabatznik, Blue Ice Docs uses the expertise and skills of both organizations to acquire, fund and develop a wide variety of non-fiction projects from around the world. Upcoming releases include, NOTES ON BLINDNESS, AIM FOR THE ROSES, ABACUS: SMALL ENOUGH TO JAIL