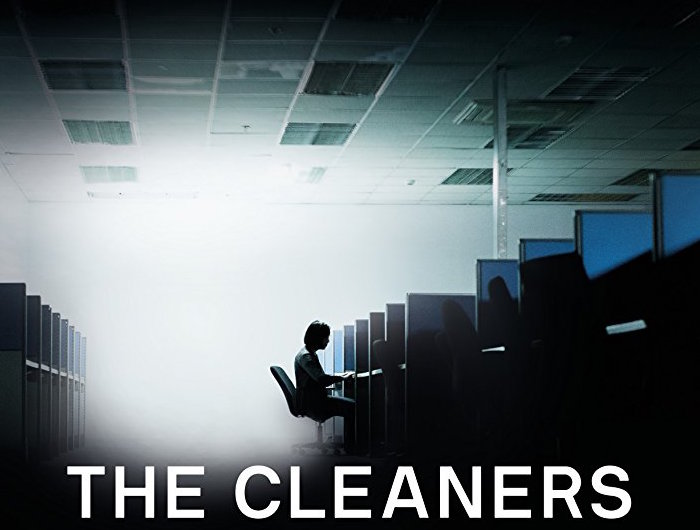 THE CLEANERS
A film by Hans Block and Moritz Riesewieck

Enter a hidden third world shadow industry of digital cleaning, where the internet rids itself of what it doesn’t like.

The Cleaners, a feature film not-to-be-missed by German directors Hans Block and Moritz Riesewieck, returns to Toronto June 22 after its massively successful Canadian premiere at Hot Docs. Screening to sold out crowds, the film garnered wide critical acclaim, and will begin its one-week engagement at the Hot Docs Ted Rogers Cinema.

In The Cleaners we meet five “digital scavengers” among thousands of people outsourced from Silicon Valley whose job it is to delete “inappropriate” content off the net. In a parallel struggle, we meet people around the globe whose lives are dramatically affected by online censorship. A typical “cleaner” must observe and rate thousands of often deeply disturbing images and videos every day, leading to lasting psychological impacts. Yet underneath their work lies profound questions around what makes an image, art, or propaganda, and what defines journalism. Where exactly is the point of balance for social media to be neither an unlegislated space nor a forum rife with censorship. The Cleaners struggles to come to terms with this new and disconcerting paradigm.

In their directorial debut, Block and Riesewieck expose social media’s shady practice of offloading responsibility to make decisions about what content is allowed online to secretive offshore companies.

“They alone have the power to decide what is available and what is not,” Block says. “We should really question this power, and we should get the power back—and we should take responsibility back for what’s going on there.”

About BLUE ICE DOCS
Founded in 2014 in partnership between Robin Smith, president of KinoSmith, and Blue Ice Group co-owners, Steven Silver and Neil Tabatznik, Blue Ice Docs uses the expertise and skills of both organizations to acquire, fund and develop a wide variety of non-fiction projects from around the world. Upcoming releases include WESTWOOD: PUNK, ICON, ACTIVIST; CHEF FLYNN; GURRUMUL; THE SILENCE OF OTHERS; UNITED WE FAN; NOTHING LIKE A DAME; ANOTE’S ARK; OVER THE LIMIT.