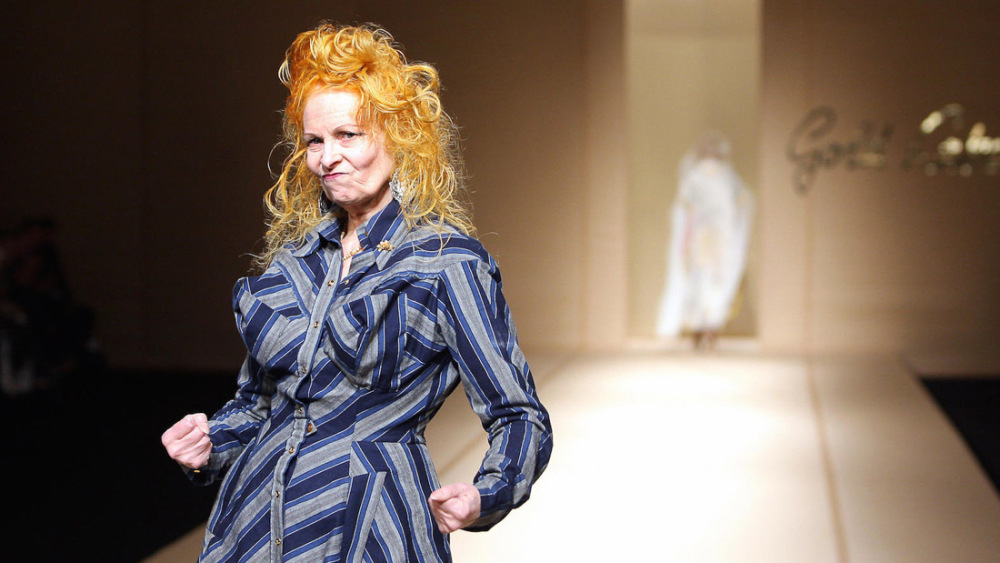 Fashion’s favourite rebel designer Dame Vivienne Westwood is the subject of the documentary Westwood: Punk, Icon, Activist, a first feature doc from a bit of an icon herself, Lorna Tucker, that comes to Toronto June 29 for a one week engagement at the Hot Docs Ted Rogers Cinema.

Since igniting the punk movement with ex-partner and Sex Pistols’ manager Malcolm McLaren, Vivienne has been redefining British fashion for over 40 years, and is responsible for creating many of the most distinctive looks of our time.

With exclusive, unprecedented access, Westwood: Punk, Icon, Activist is the first film to encompass the remarkable story of Vivienne’s life, her fashion, her personality, her activism and her cultural importance. The film blends archival footage, beautifully crafted reconstruction, and insightful interviews with Vivienne’s fascinating network of collaborators. A truly captivating journey from a childhood in postwar Derbyshire to the runways of Paris and Milan.

Westwood: Punk, Icon, Activist is an intimate and poignant homage to one of the true cultural icons of our time, who continues to fight to maintain her brand’s integrity, her principles and her legacy in a business driven by consumerism, profit and global expansion.

Lorna spent her 20’s working behind the camera and jumping on tour buses with bands creating tour videos and music promos. She later moved into longer format storytelling, directing documentaries, writing scripts and creating more experimental video art projects for the likes of Alexander McQueen, Vivienne Westwood, Nike, Redbull and ShowStudio. Westwood: Punk Icon Activist is her first feature documentary and premiered to great acclaim at the 2018 Sundance Film Festival. Lorna has written several screenplays and the first of these will go into pre-production this summer with Collin Firth’s Raindog Films where Lorna will once again be in the director’s chair.

Founded in 2014 in partnership between Robin Smith, president of KinoSmith, and Blue Ice Group co-owners, Steven Silver and Neil Tabatznik, Blue Ice Docs uses the expertise and skills of both organizations to acquire, fund and develop a wide variety of non-fiction projects from around the world. Upcoming releases include CHEF FLYNN, GURRUMUL, THE SILENCE OF OTHERS, UNITED WE FAN, NOTHING LIKE A DAME, ANOTE’S ARK, OVER THE LIMIT.