Brevity, as we know, is the soul of wit. And for seven weeks – courtesy of some of Canada’s most creative filmmakers – it will be the soul of sin.

Seven filmmakers have been commissioned by Bravo!FACT and Amit Breuer’s Amythos Media, to each create a two-minute short based on one of the deadly sins. These seven “sin shorts” will lead off the special hour-long new series, In Short, beginning May 4, at 10pm, on Bravo!

Joe Cobden (director and actor) filmed actors reacting to themselves looking into a mirror during auditions as an examination of PRIDE.

Bruce Macdonald explores the ENVY of a frustrated architect.

Anita Doron wittily interprets LUST via imaginary dialogues between the subjects of art works of iconic lovers such as Adam and Eve and Romeo and Juliet.

Jamie Travis examines GREED through a short musical about lovers fighting over a bagel.

Larry Weinstein goes Old Testament on the sin of WRATH, editing footage of silent-film-era Biblical tales into a humourously blues-soundtracked and captioned depiction of  the rage of God.

Alethea Baril Arnaquq from Nunavut, created a witty animated story about SLOTH which touches upon the digital divide between generations and stereotypes.

Ann Marie Fleming created an animated tale of GLUTTONY in the context of food-substituting-for-love at the family dinner.

Online users are invited to offer up their own anecdotes of “forgiveness or shame” at planetsin.com – a hub launching in tandem with the “sins” series and running throughout its eight-week broadcast. Initiated by award-winning docmedia producer Amit Breuer,  this online hub will encourage people to confess and air grievances about sinful behaviour at home and globally. Be it a minor misdemeanor or the repressive action of a global tyrant, the Planet Sin community will pronounce judgment, casting votes for shame or forgiveness. Through this process, we will discover what sins are relevant to today’s world.

In Short is a new series of one-hour specials, hosted by Richard Crouse,  that will feature Canadian short films over eight consecutive weeks. This program will be the only Canadian TV platform for many of the works. The shorts have all been produced with funds awarded by CTV’s Bravo!FACT (Foundation to Assist Canadian Talent).

Amit Breuer/ Amythos Media iNC
Amit Breuer is an award-winning documentary producer/director. In 1993, in her birthplace of Israel, she founded

Amythos Films inc., an independent documentary production company. In 2004 she moved its head offices to Toronto. She is a guest speaker at numerous events and educational institutions and a jury member / programmer / consultant for worldwide festivals and industry events.  Amythos Films’ have won numerous awards on the international film festival circuit.  Her project Love Letters To the Future won two Webby Awards and a Gemini in 2010‪. Guantanamo Trap, a Canada/Germany/Switzerland theatrical feature documentary, premieres at Hot Docs 2011.

Synopsis: An ego-crazy director pays 40 actors found on Craigslist to audition for a film about Pride by standing in front of a two-way mirror while they are recorded talking about their proudest moment. Pride is an attitude of undue self-love and extreme superiority. It is the  opposite of humility, the foundation for all sinning. People want it badly.

Why did you want to be part of the Seven Sins project? I wanted to be a part of the SEVEN SINS because it was a chance to do something more experimental, because I want to learn more about directing and get better, and because I think humility is an important virtue for our time.

Envy An Architect becomes envious of birds and, in a moment of bizarre inspiration, decides to take flight.

Synopsis: After waking from a strange dream of birds, an Architect pulls himself out of bed and heads to work. As he sits at his desk, he returns to the dream and finds himself overcome by a strange compulsion: he is going to fly. He draws up some plans and gets to work.

Why did you want to be part of the Seven Sins project? I was attracted to the project because devils are usually more interesting then angels.

Lust It is Chastity that constitutes sin!

Synopsis: In “Lust”, we romp through centuries of lust as experienced by famous lovers from the beginning of time. Ancient stories and vintage art bring lust to animated life and swoon the sensual expression of love right in our faces. After all, loving and longing for another human being is our one, beautiful human constant. Long live lust!

Why did you want to be part of the Seven Sins project? I liked Amit’s idea of creatively interpreting and looking at the seven sins, and even more – I loved her exuberance about the project and was very excited to finally work with her. I was also interested in exploring the absurdity of “Lust” as a sin. Lust is freedom. When Lust is subverted, oppressed, judged and shamed, it becomes its own ugly stepsister and everyone loses. Lust, contained and feared, turns sinful. Lust, loved and understood, is natural and absolutely gorgeous. It inspired some of the greatest art in the world.

Synopsis: A young couple sings from their apartment windows about the unshared bagel that ended their relationship.

Why did you want to be part of the Seven Sins project? How could I turn down an opportunity to present a playful dissection of my favourite deadly sin? I had been looking for an excuse to further explore the musical genre, and this project was it.

Wrath Hell hath no Fury like a Wrathful God

Synopsis: Fury, Anger, Rage, Wrath – No one does these better than God as depicted by the Holy Bible.   This film is an homage to Divine Wrath – God getting up on the wrong side of bed, as it were.  Images are entirely derived from the great Biblical epics of the Silent Era, and the accompanying music is written and performed by the legendary Blues musician, Blind Willie Johnson.

Why did you want to be part of the Seven Sins project? I love the idea of being part of such a diverse and creative filmic collective – in this case bonded only by our sinful themes.  For some reason I was selected for Wrath. Somehow I cannot help but think that the producer, Amit Breuer, very deliberately matched each sin with each filmmaker. And though I do agree about the others being slothful, covetous, gluttonous and lustful, surely I am anything but wrathful, damn her!   I admit that I found it rather fascinating to delve into the Bible and confirm what I had always suspected – that the Creator is clearly in great need of serious anger management.

Synopsis: Sloth is an animated short poking fun at stereotypes about the Inuit people, past and present.
Animation technique: The animator hand-drew the characters using a digital tablet monitor and Photoshop. These characters were built into virtual paper puppets, and animated in the Adobe AfterEffects program. The backgrounds were painted on watercolour paper and scanned, and then digitally manipulated. The texture in the hunter’s clothing is from a photograph of a caribou fur that is sitting on my couch waiting to be made into actual clothing.

Synopsis: The sin of gluttony is the sin of excess in any direction, but is most often associated with food.  In “Gluttony: family visit,” stickgirl prepares for the imminent arrival of her parents.  When the family is finally together, there is a large hole in the conversation.  The space is filled in with too much food and drink, replacing all the things that can and will never be said.

Why did you want to be part of the Sins Project? I was excited to be part of an omnibus film with an array of such talented filmmakers. I was also tickled that I had been given the sin of gluttony to explore. I have always been slender, can’t over-eat, even my avatar is a stickgirl. Oddly, over the making of this film, I gained 20 pounds.  Now, that’s method filmmaking.

THE THREE LENNY’S -A Tribute to Leonard Bernstein, Leonard Cohen and Lenny Bruce – the 19-part Sidebar Series of the 2011 TJFF, running May 7 – 15, www.tjff.com 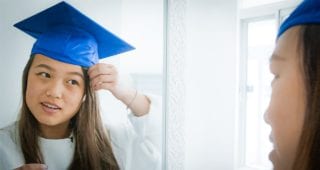