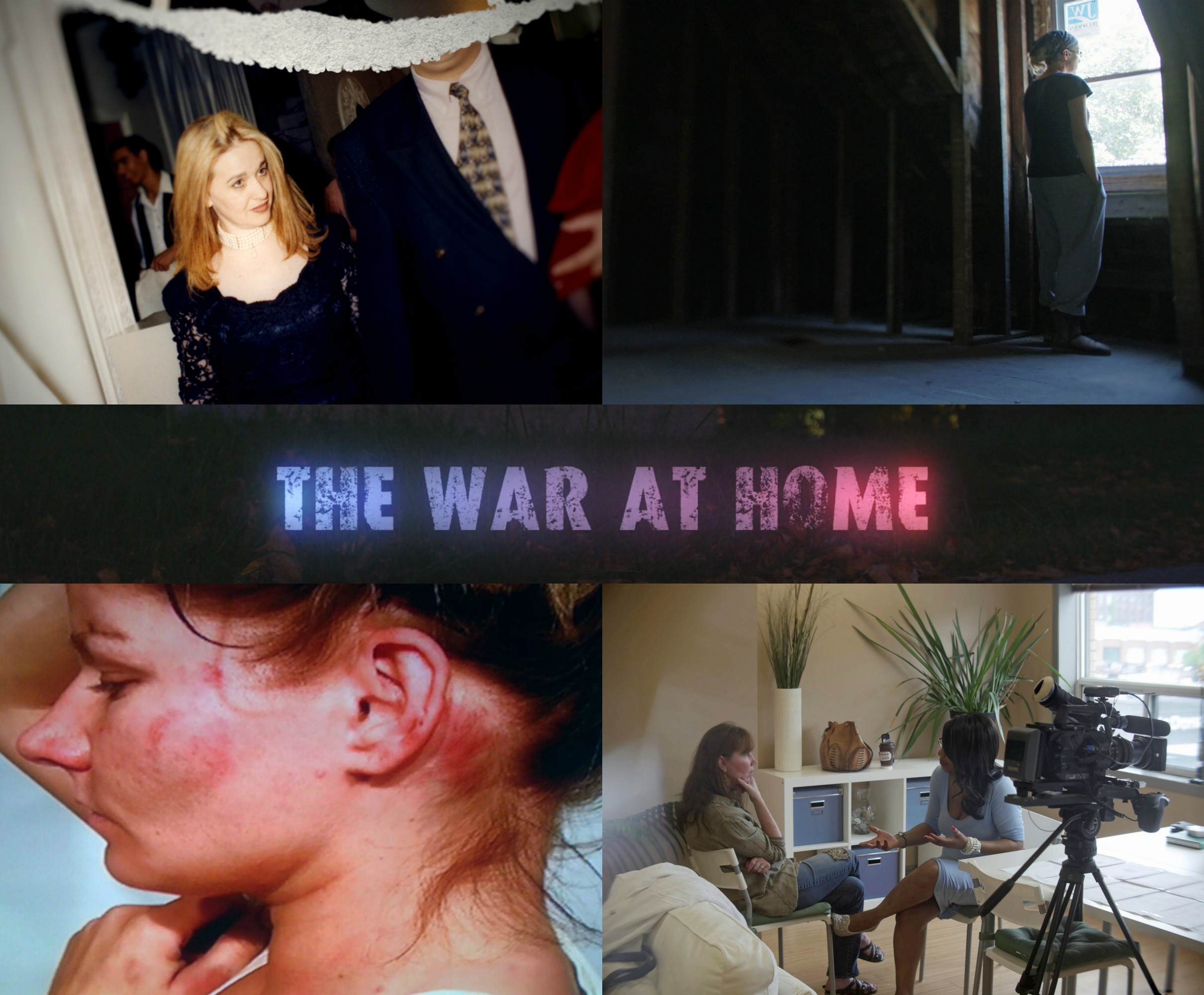 Domestic violence can happen to anyone.

Across Canada, a woman is killed by her intimate partner every six days.  Three thousand more flee their homes each night, seeking refuge in our shelters. This is the harrowing reality of Canadian domestic violence explored in Emmy-winning filmmaker Shelley Saywell’s new documentary The War at Home, premiering on CBC-TV’s Firsthand, March 17, at 9:00 pm (9:30 NT).

With no national strategy to prevent violence against women, and a broken justice system that leaves perpetrators virtually unaccountable, Canadian women trying to escape a dangerous relationship often find themselves in a disempowering situation. Through the stories of five domestic abuse survivors, and those passionate about helping them, The War at Home examines the epic battle that thousands of women face in the one place they should feel safe: their home.

A 33-year-old mother of two, Celeste Yawney worked as an abuse counselor at a women’s shelter in Regina. When she was brutally murdered, her boyfriend, who had been previously arrested for assaulting her, was charged with the crime. An unspeakable, violent tragedy, Celeste’s death shows how surprisingly vulnerable a woman with her knowledge and support can be. It can happen to anyone, including her own neighbours and friends Cristin and Lani.

Lara, a health care professional who is still trying to escape her marriage, lives in fear. Her life has become a battleground of Criminal and Family Court hearings that are made bearable by the unique Toronto law firm that represents her. Founded by abuse survivor turned counselor and licensed paralegal Galit Menahem and her lawyer partner Pamila Bhardwaj, they understand how the legal system is stacked against them.

“We hope that by telling the stories of a handful of incredibly brave women, The War at Home will shed some light on this dark story, and start a conversation,” says director Saywell. “It seems that our country, like everywhere, still has miles to go in finding a way to stop this violence, and the attitudes that fuel it.”

Multi-award-winning filmmaker Shelley Saywell has spent almost three decades making films on human rights and conflict, focusing on violence against women. From rape camps in Bosnia to “honour” killings in Jordan and the West Bank, Saywell has passionately helped tell the stories of women who suffer unimaginably. Her documentaries have been shown in more than 40 countries, earning her an Emmy for Investigative Journalism, and two Best Canadian Feature Awards at the Hot Docs Documentary Festival, where she was the 2003 Director in Focus. Saywell has also been shortlisted for an Academy Award.