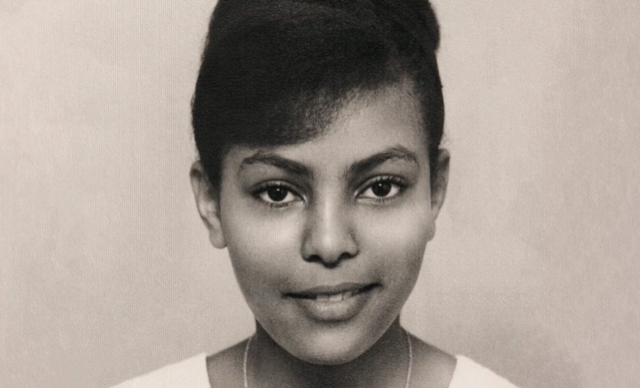 A Canadian filmmaker unravels a secret held by her Ethiopian aunts, one that leads her through the tortured recent history of an ancient country.

Tamara Mariam Dawit knew she had an unusual collection of aunts in Ethiopia, her estranged father’s sisters. Gregarious and independent, they were painters, teachers, aid-workers, even a talk show host. Menbere, the one she knew best from her time in Canada, had worked for the United Nations.

They’d been upper-class children of a diplomat, at the worst time to be upper-class Ethiopians – amid the end of the ancient monarchy of Emperor Haile Selassie in the early ‘70s, the chaos of a military dictatorship and a civil war between self-proclaimed Communists.

And there’d been another sister about whom she knew virtually nothing. She would discover that Selamawit – known as Sally – had been a 23-year-old member of the Ethiopian People’s Revolutionary Party. She’d gone from being a vivacious, social and politically engaged student at Ottawa’s Carleton University to a fugitive on the Ethiopian government’s most-wanted list.

Finding Sally is Dawit’s uncovering of a generation of horror, fueled by her own family’s history of survival mode. It begins with Dawit’s arrival in the capital of Addis Ababa, and face-to-face revelations from her aunts about their once glamourous life and the fraught existence of ostensible “counter-revolutionaries” like their father (who was a godson of the emperor himself).

And through it, all Sally’s story shone. Of her sisters, she was the most charismatic, the one who fell in love most easily, the one whose heart literally led her to embrace Ethiopia’s political fever and even marry an EPRP commander.

Sally’s story unfolds alongside that of “The Red Terror,” a half-million deaths, most of them young people, representing the decimation of a generation under the ruthless crackdown of the country’s military leader, Mengistu Haile Mariam.

But it also is a story of the resilience of family, of Sally’s efforts to protect her sisters from her choice, of their interrogations in rooms with blood-spattered walls, and of the hope that such bonds can remain strong even as Ethiopia’s status as a democracy remains fragile.

“As a child, I grew up hearing stories from my vibrant Ethiopian aunts,” Dawit says, “tales about their grandmother helping the war effort against the Italians, hitchhiking in Europe, lavish cocktail parties.

“But lost in all their stories was Sally, whom no one ever mentioned to me. It wasn’t until my early thirties that I stumbled upon a photo of Sally, but the family was hesitant to talk about her. Little by little, I managed to convince my grandmother and then my aunts to share Sally’s story.

“The film poses the question that arises when someone you love disappears without a trace: how do you cope? It explores not only how my family has managed loss, but how the country has managed the loss, pain, and trauma of the Red Terror. My family is just one of many still dealing with those deaths, after fear of public mourning under the military government forced so many to suffer in silence.”

Finding Sally is written and directed by Tamara Mariam Dawit, produced by Isabelle Couture and executive produced by Katarina Soukup for Catbird Films (Montreal). In association with documentary Channel, with the financial support of the Canada Media Fund, Ontario Arts Council, and the Canadian Film or Video Tax Credit. It is distributed in Canada by Cinema Politica and represented internationally by Rise & Shine in Berlin.

The score of Finding Sally is composed by musician Zaki Ibrahim (Polaris and Juno nominated) and blends Ethiopian musical styles with Zaki’s own retro-Afrofuturist style. Recorded in Addis Ababa, Ethiopia, Zaki’s voice is included throughout the score as a representation of Sally’s presence in the story.

Ingrid Veninger teams with female filmmakers from around the world. EXQUISITE CADAVER PROJECT : AN INTERNATIONAL COLLABORATION