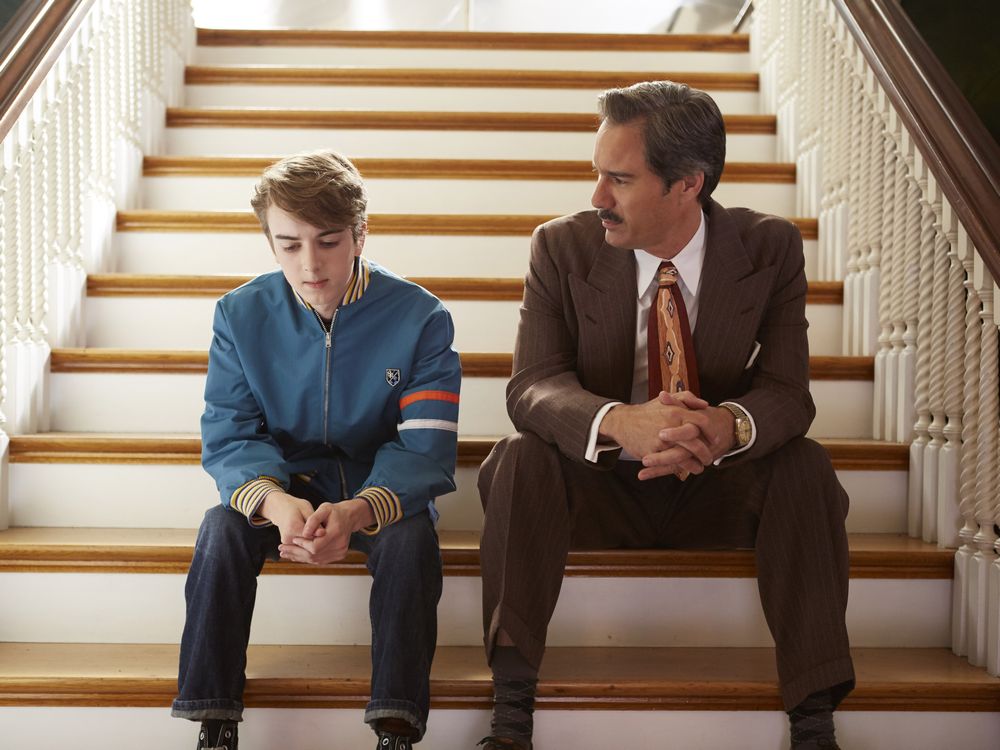 Eric McCormack and Ryan Grantham star in the new film Considering Love and Other Magic which will be screening at the Reel 2 Real International Film Festival for Youth on in Vancouver April 2-8, 2017. Photo credit: Allen Fraser / Considering Love Manitoba Inc [PNG Merlin Archive]

Considering Love & Other Magic
Written and Directed by Dave Schultz

Death cast its shadow twice on Jessie (Maddie Phillips). When she was six, she narrowly survived a fall from a third story balcony at a friend’s birthday. In her teens, she suffers survivor’s guilt after the suicide of her younger brother. She’s haunted by visions and flashbacks. Her psychiatrist’s white chair appears blood-red to her. She moves listlessly through school, and is unreceptive to the attention of a boy (Rory J. Saper) she’s crushed on for years. But her traumatized world receives a shake when she reluctantly agrees to a request by a famous author, Veronica Guest (Sheila McCarthy), to tutor a boy in her care in math. The textbooks are from the 1940s and the boy, Tommy, (Ryan Grantham) claims to be from the 1950s, a figment of Veronica’s imagination come to life and living a permanent boyhood.

This is the unusual setting of Considering Love & Other Magic, a mordant-yet-touching family movie from Calgary filmmaker Dave Schultz, known for his earlier coming-of-age features, Jet Boy, Rufus and 45 R.P.M.

Away from school and the bungalow world of her neighbourhood (actually the film’s Winnipeg location site), Jessie finds a kind of solace in her afternoons with Tommy. Tommy, in turn, shares his feelings about her with his only other friend, Jasper (Eric McCormack), a debonair detective and man of international intrigue who is also a literary creation of Veronica’s.

Secrets lie behind the existence of Tommy and Jasper, and Jessie is keen to discover them, even as Tommy becomes a surrogate brother for the bereft, but healing, teen.

A filmmaker who likes to put offbeat spins on the coming-of-age oeuvre (Jet Boy was about a street kid on the run, Rufus, about an apparent teen vampire), Schultz simply calls his films, “Dave movies.”

“I’m not ashamed to admit I wasn’t sure where I was going when I made Considering Love & Other Magic,” he says. “I’m happy with what I ended up with, something that I think is odd and quirky and interesting and that appeals to a lot of people. But I’d be lying if I said that was exactly what I set out to make.

“I did know it would be about friendship, which is a truly rare thing at any age. Love is the magic potion in the title. And if you find it, you’re lucky indeed. Jessie’s luck only kicks in when she decides to enter Tommy’s house and his world.”