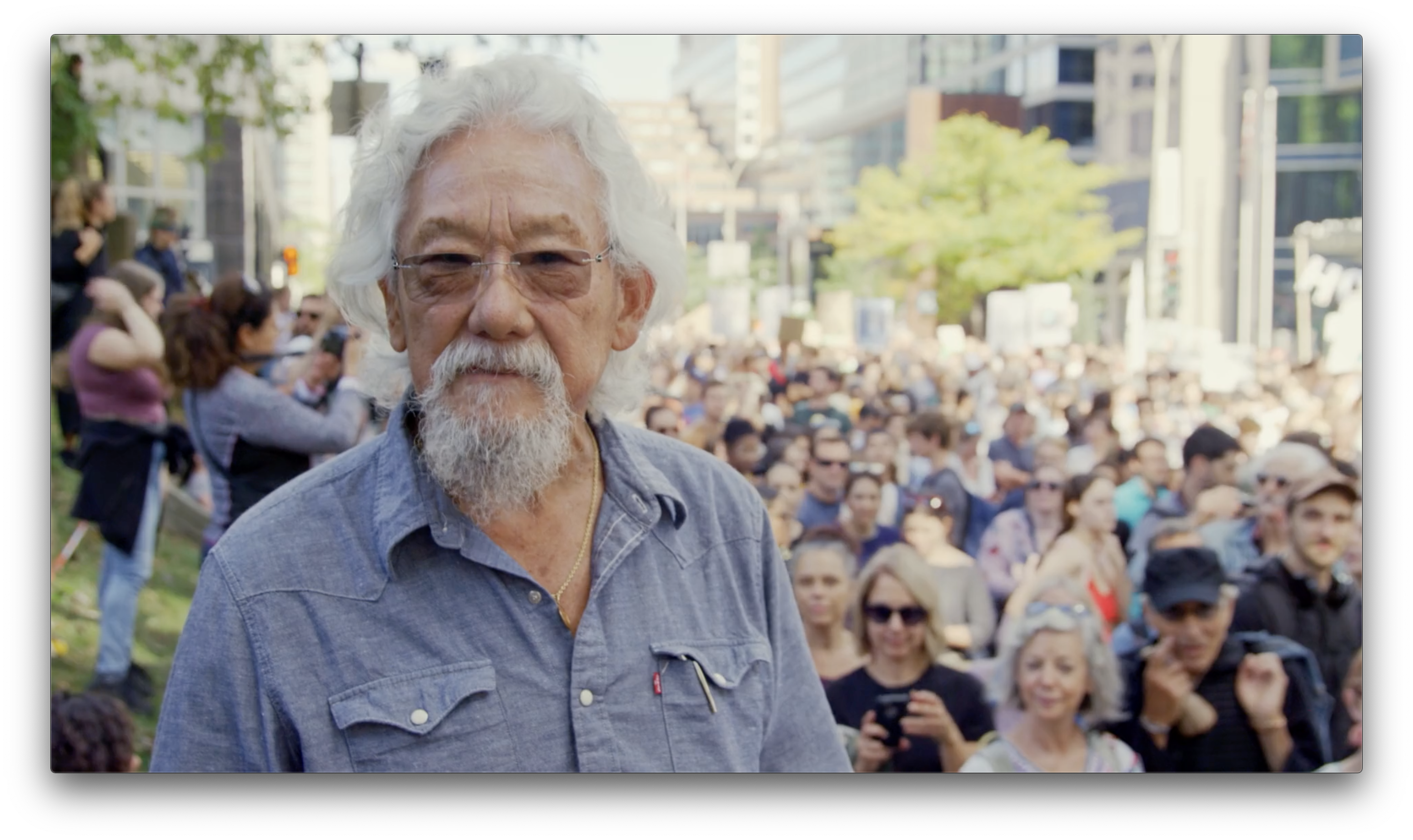 David Suzuki goes to the front lines of the climate revolt, in a revealing new documentary

The 60th season of The Nature of Things
premieres Friday, November 6, with Rebellion at 9 p.m. (9:30 NT)
on CBC and the free CBC GEM streaming service

To launch the 60th season of CBC’s The Nature of Things, David Suzuki goes to the front lines of the climate rebellion, and into the streets that raged with protests this summer, to paint a vivid portrait of a generation in revolt. Rebellion, the exciting new documentary from producers/directors Mark and Caitlin Starowicz, premieres Friday, November 6 at 9 p.m. (9:30 NT) on CBC and the free CBC Gem streaming service.

In Rebellion, David Suzuki profiles activists in the revolt, from Greta Thunberg with her Fridays for Future strikes, to Gail Bradbrook of the Extinction Rebellion movement that has seized headlines with their dramatic actions.  Rebellion also features interviews with leading figures in the climate crisis, including Sir David Attenborough, known the world over for his brilliant nature documentaries and now his passionate call for governments to wake up to the climate catastrophe.

Audiences will hear from veteran activists and new ones: actor Jane Fonda rallying in front of the Capitol in Washington; Varshini Prakash of Sunrise Movement that has had a major impact on the US election; legendary climate activist Bill McKibben of 350.org, as he dramatically leads an occupation of the Chase Bank; and leading activists in India, like Bhavreen Kandhari and her “army” of children, as well as acclaimed climate scientist Sunita Narain, who takes aim at the US and Canada for their “massive carbon footprint.”

Rebellion is an action-filled documentary that captures the beginnings of a movement that is changing the world. Directed and produced by the family documentary team of Mark Starowicz and Caitlin Starowicz (She Walks with Apes, Mommy Wildest).

Suzuki brings a wealth of personal experience to this story, as his daughter, Severn Cullis-Suzuki, was the first young person to gain worldwide notoriety when she issued a plea for action on climate change in Rio de Janeiro in 1992. In Rebellion, Cullis-Suzuki reflects on the differences between activism then and now, noting that her generation did not have the benefit of social media and speaking positively about how much today’s school kids have accomplished.

Even as the coronavirus kept activists indoors, they kept up their campaigns on social media. Then, as calls for racial justice began to receive increasing support across the U.S. and globally, bringing tens of thousands on to the streets around the world, the calls for climate justice merged with that movement, and the protests continue to this day.

For civil rights leader and activist, Rev. Lennox Yearwood, climate protest and the fight for racial justice are intertwined. “This movement is now beginning to understand what it means to take care of humanity,” he says in Rebellion. “It’s a time to care about our brothers and sisters here on this planet.”

Rebellion sets the stage for what might come next: “Young people are driving this,” says Suzuki, “and it’s about their very survival in the future.”

“This was an extraordinary journey for us,” says co-director Mark Starowicz, “I think this is a generational tipping point – the world is changing.”

“The sense of energy and passion we saw was overwhelming,” says co-director Caitlin Starowicz, “we were on the front lines of fundamental social change.”