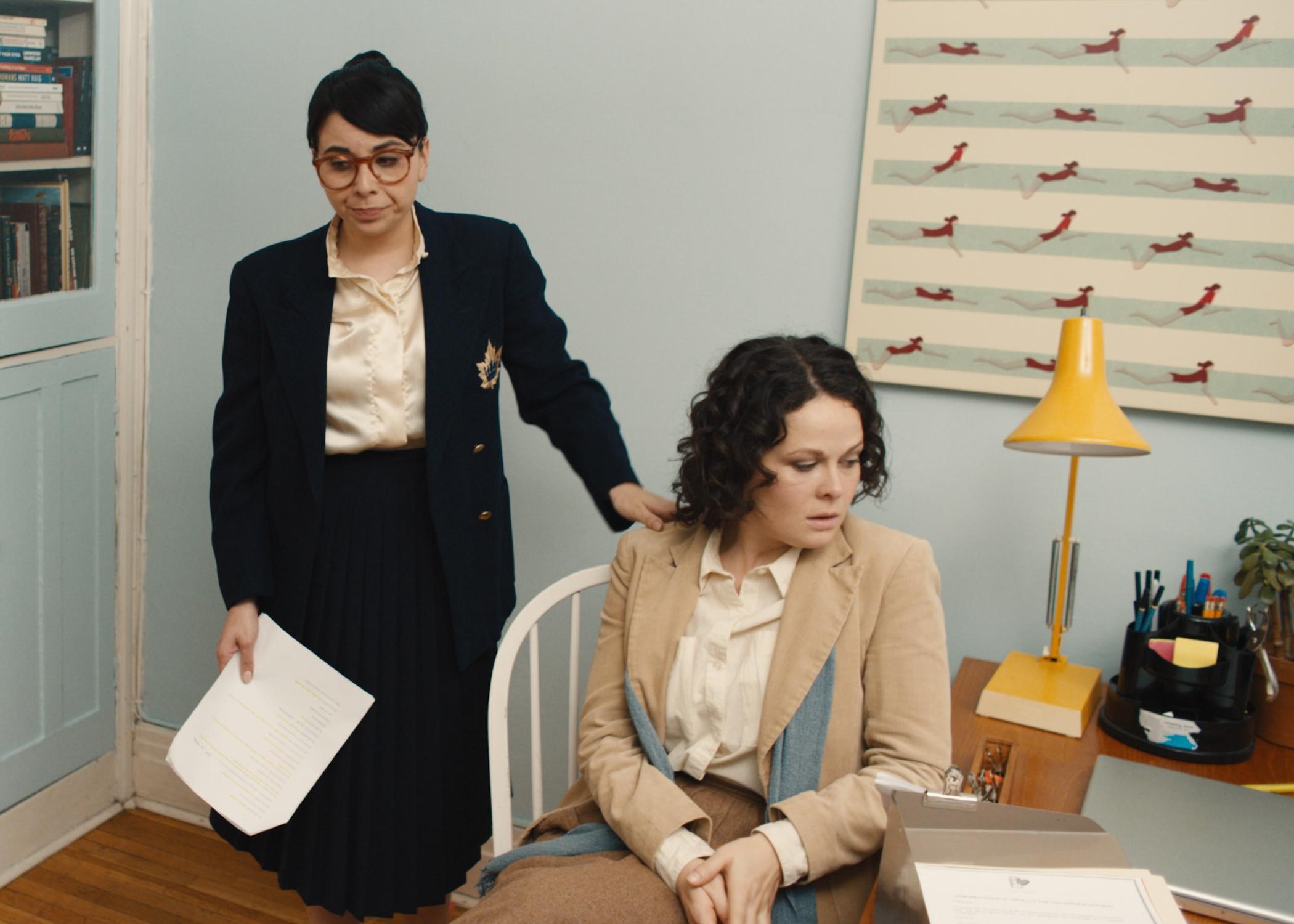 Drea Clark, Head of Narrative Programming, says Slamdance selected the film for the “unique and genuine female friendship at the heart of [its] story, its approach to creating a story about artistic inspiration, and the consistent and touching moments of authenticity throughout.”

Dim the Fluorescents tells the story of struggling actor Audrey (Claire Armstrong) and aspiring playwright Lillian (Naomi Skwarna), who pour all of their creative energy into the only paying work they can find: corporate role-playing demonstrations. When they book the biggest gig of their careers at a hotel conference, work commences on their most ambitious production to date, and the ensuing tensions threaten to derail both the production and their friendship.

As wryly funny as it is unexpectedly poignant, Dim the Fluorescents is a one-of-a-kind portrait of the artistic life and process in the unlikeliest of settings.

A labour of love painstakingly constructed over the course of four years, the film was written by Daniel Warth and Miles Barstead – who also composed the score – and produced by Josh Clavir and Julie Baldassi.

“It’s tremendously exciting to have been chosen by a jury of fellow filmmakers, especially one that is eager to support unique work and promising directors,” says Warth. “My goal was to make an idiosyncratic independent feature in the tradition of Jane Campion’s Sweetie or Jim Jarmusch’s Stranger than Paradise, and, so, like those films, I’m depending on a festival to get behind this thing that we’ve made on our own terms. For many of us, Dim the Fluorescents is the first feature we’ve ever worked on and I can’t think of a better place than SLAMDANCE to host our world premiere.”

BUGS a film by Andreas Johnsen, opens in Toronto, January 13