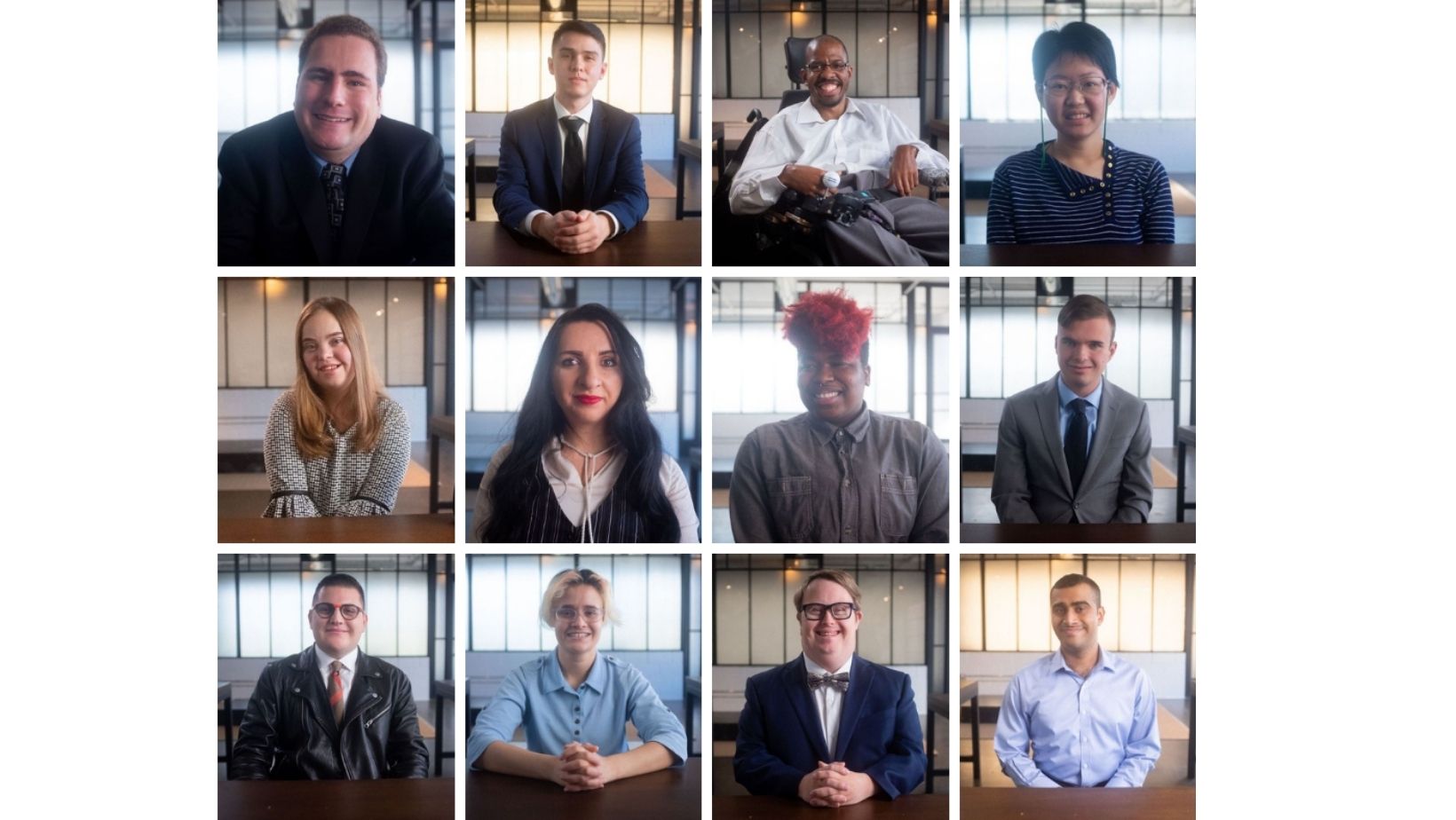 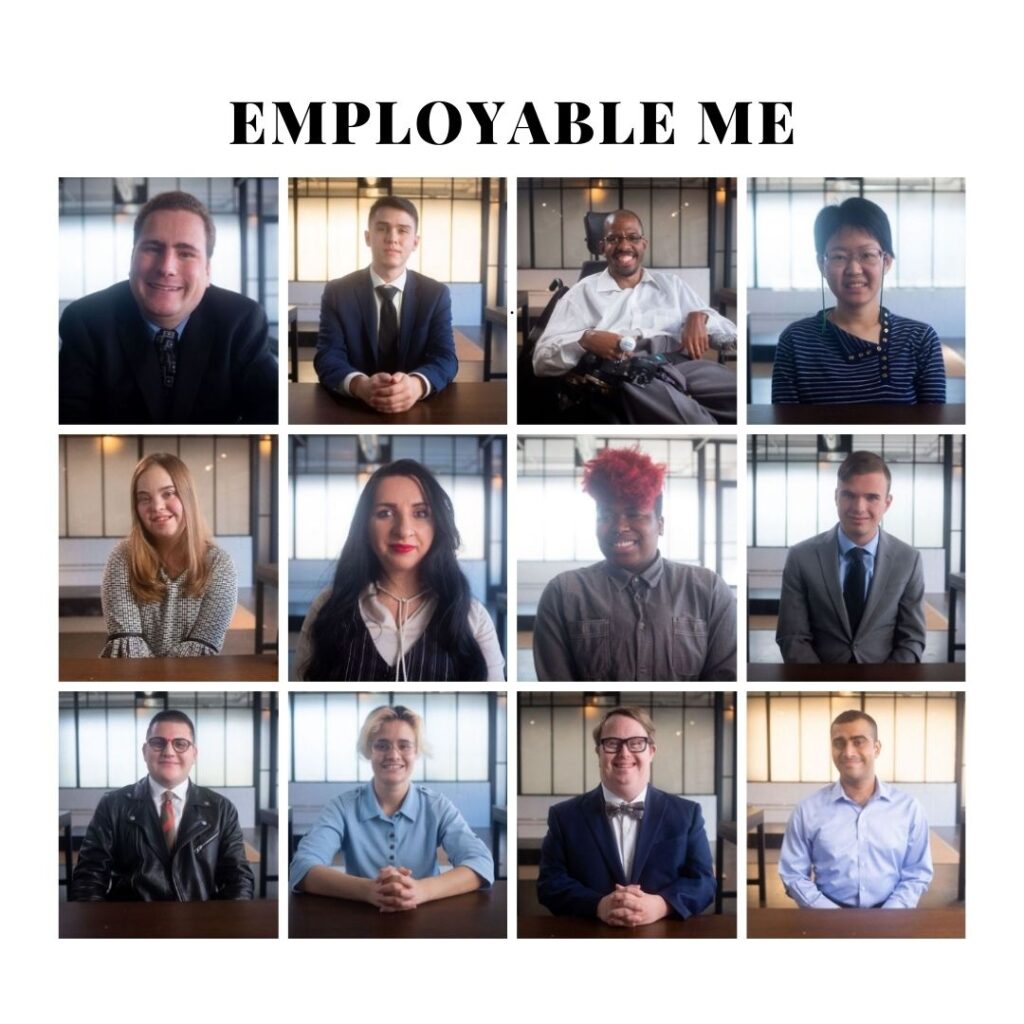 Employable Me, the Award-Winning AMI-Original Series,

Stream past episodes/seasons on AMI.ca or via the AMI-tv App for Apple and Android devices.

The award-winning series Employable Me is back and launches Wednesday, June 9, at 8pm ET on AMI-tv.

Employable Me is a moving six-part documentary series featuring job seekers who are determined to show that having a physical disability or neurological condition shouldn’t make them unemployable.

Seasons one, two and three of Employable Me captured Rockie Awards for Best Lifestyle Program at the Banff World Media Festival. Additionally, Season three of  Employable Me won a Diversify TV Excellence Award at MIPCOM in the Representation of Disability, Non-Scripted category in 2020 and 2016.

Produced by Thomas Howe Associates Inc. (THA), Season four of Employable Me provides an honest and emotional look at the challenges Canadians of varying abilities face in the job market.

Each one-hour instalment features two job seekers who are blind, partially sighted or have a neurological condition such as cerebral palsy or Autism Spectrum Disorder as they change employers’ perceptions and possibly land a coveted job.

THA followed all safety protocols as stipulated by regional and provincial health authorities during the production of Season four.

“We are excited to introduce 12 new Canadian job seekers to the Employable Me fanbase,” says John Melville, Vice-President, Content Development and Programming, AMI-tv/AMI-audio. “We challenge employers to learn from and utilize the information presented to make their workplaces truly inclusive and diverse.”

“We thank the job seekers and their families for allowing us to tell their stories,” adds Thomas Howe, President and Executive Producer at THA. “It was a challenge to film during the pandemic, and we are proud of what everyone has accomplished.”

Employable Me focuses on the strengths and talents of potential employees, with help from experts in the medical and hiring fields. Season four experts and community partners include world-renowned Autism specialist Dr. Wendy Roberts, motivational speaker Tracy Schmitt and March of Dimes Canada.

Among the companies participating in Season four are Loblaws, Hamilton Conservatory of Music, Rick Hansen Foundation, The Bata Shoe Museum, My Access Masks and Heritage Toronto.

Additionally, digital exclusives available at AMI.ca or via the AMI-tv App for Apple and Android devices revisit past job seekers to update viewers on where they are now in their careers and offer advice on job seeking.

In keeping with AMI’s mandate of making accessible media for all Canadians, Employable Me utilizes Integrated Described Video (IDV) to make them accessible to individuals who are blind or partially sighted.

Employable Me is produced by THA in partnership with AMI and TVO, and is licensed by all3media international. Support and funding are generously provided by Accessible Media Inc., TVO, Rogers Cable Network Fund, Canadian Media Fund, Ontario Creates (OFTTC) and The Canadian Film or Video Production Tax Credit.

THA is a media production and distribution company based in Toronto Canada. The company started in 1979 and has represented a number of Canadian and International producers and distributors over the past 30 years, including Channel Four International, ITV, Carlton Communications, Hallmark, Eagle Rock Entertainment, Classic Media and many others.

AMI-tv is the world’s first television network to broadcast all programs with open format described video for individuals who are blind or partially sighted and is broadcast daily into more than eight million Canadian homes as part of the basic digital cable package with most service providers. AMI-tv is committed to broadcasting a variety of content with a focus on accessibility and inclusion.

AMI is a not-for-profit media company that entertains, informs and empowers Canadians who are blind or partially sighted. Operating three broadcast services, AMI-tv and AMI-audio in English and AMI-télé in French, AMI’s vision is to establish and support a voice for Canadians with disabilities, representing their interests, concerns and values through accessible media, reflection and portrayal. To learn more visit AMI.ca and AMItele.ca.