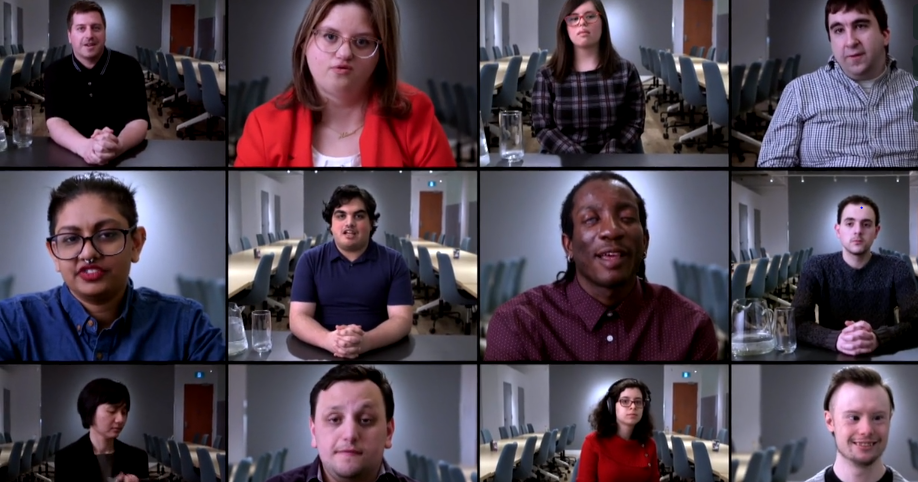 Employable Me, the Award-Winning AMI-Original Series,
from Thomas Howe Associates (THA)
kicks off Season 3
on TVO
Sunday July 5
10:00 PM
and streams across Canada following the first broadcast on tvo.org

Employable Me is an honest and emotional six-part documentary series that features job seekers who are determined to show that having a physical disability or neurological condition shouldn’t make them unemployable. They may have Down Syndrome, be blind, partially sighted or have a neurological condition such as Tourette Syndrome, or Autism Spectrum Disorder. The journey isn’t always easy but subjects work to embrace their strengths and weaknesses, change employers’ perceptions and land a job they’re truly passionate about.

Season 3, with a total of six one-hour episodes, continues to showcase the talents of potential employees, with the incredible help of experts in the medical and hiring fields.

Employable Me has a number of steadfast community partners that include Carla Qualtrough, the Minister of Public Service and Procurement; Senator Jim Munson; the March of Dimes Canada; the Geneva Centre for Autism, and the CNIB.

“We are constantly humbled by the job seekers we meet and feature on Employable Me,” says Thomas Howe, President and Executive Producer at THA. “Their positive attitudes and determination to gain employment are truly inspiring. It is an honour for us to be able to present their stories.”

In keeping with AMI’s mandate of making accessible media for all Canadians, Employable Me utilizes Integrated Described Video (IDV) for individuals who are blind or partially sighted.

Employable Me is Produced by Thomas Howe Associates Inc. (THA),  in a partnership with AMI and TVO, and is licensed by all3media international.

Seasons one and two of Employable Me earned Rockie Awards for Best Lifestyle Program at the Banff World Media Festival, and the Diversify TV’s Excellence Award for Representation of Disability in the Non-Scripted Category at MIPCOM 2017.

About TVO
Since 1970, TVO has existed to ignite the potential in everyone through the power of learning. Through impactful digital education products, in-depth current affairs, thought-provoking TVO Original documentaries, and award-winning TVOkids content, we prepare Ontarians for success in school and life. As we mark our 50th year, TVO’s ongoing evolution as a modern digital learning and media organization prepares us to serve Ontarians for generations to come. TVO is funded primarily by the Province of Ontario, and is a registered charity supported by thousands of sponsors and donors. For more information, visit www.tvo.org and tvokids.com.

About AMI-tv
AMI-tv is the world’s first television network to broadcast all programs with open format described video for individuals who are blind or partially sighted and is broadcast daily into more than eight million Canadian homes as part of the basic digital cable package with most service providers. AMI-tv is committed to broadcasting a variety of content with a focus on accessibility and inclusion.

About Accessible Media Inc.
AMI is a not-for-profit media company that entertains, informs and empowers Canadians who are blind or partially sighted. Operating three broadcast services, AMI-tv and AMI-audio in English and AMI-télé in French, AMI’s vision is to establish and support a voice for Canadians with disabilities, representing their interests, concerns and values through accessible media, reflection and portrayal. To learn more visit AMI.ca and AMItele.ca.
SOURCE Accessible Media Inc. (AMI).