Screenings are FREE, with a number of select advance reservations available online for $10.

Kicking things off on Friday is Károly Ujj-Mészáros’ LIZA, THE FOX FAIRY (HUNGARY) a charming comedy on an unlucky in love thirty-something, who believes she’s becoming a Japanese mythical creature. Stephen Bradley’s multi-award-winning inspirational drama, NOBLE (IRELAND), will be shown after.

The next day, Robert Thalheim’s PARENTS (GERMANY), a brutally honest and humorous portrait of the contemporary family, will be shown first, followed by the 2015 EUFF Audience Choice, Roel Reiné ADMIRAL (THE NETHERLANDS). A passionate epic filled with spectacular battle scenes, this film tells the story of one of the Netherland’s most famous naval heroes: Michiel de Ruyter.

Like all EUFF regular screenings, these four films will be shown for FREE, with seats available on a first come first served basis. A number of advance reservations will be available for $10, online only.

JeruZalem directed by Doron and Yoav Paz – Opens in Toronto Jan 29, and also available on VOD/iTunes 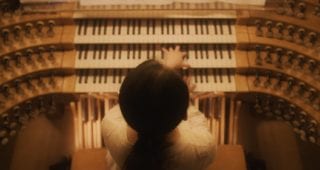