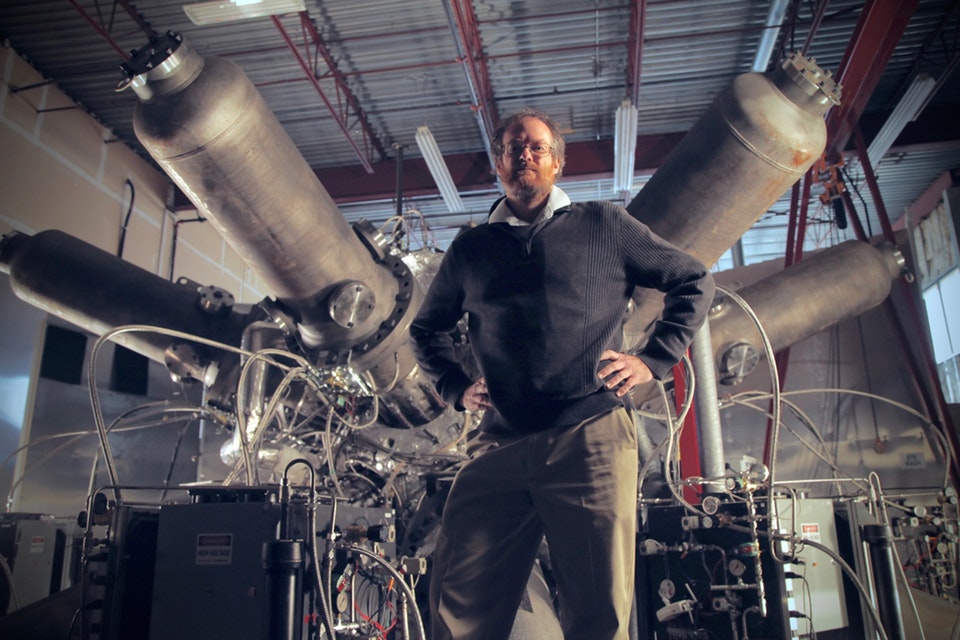 Pushing the edge of technology to prove we have
the intelligence to prevent our own extinction.

“A futuristic energy source that could indefinitely supply the world’s power requirements provides the backdrop for this absorbing documentary.” – The Hollywood Reporter

“This fascinating documentary about the quest for nuclear fusion as a silver bullet for the world’s energy thirst is at the same time informative and entertaining!” – Screen Anarchy

“[An] elegant, insightful and entertaining work of understated urgency.” -Screen Space
Clean, safe and unlimited power has been an obsession for scientists and inventors for centuries, and an underlying preoccupation for our society as a whole. Since the 1940s, when we first understood how the sun creates energy, nuclear fusion has been energy’s holy grail.

Let There Be Light has igniting audiences since its world premiere at SXSW and then followed up with a Canadian premiere at Hot Docs this past spring. Now the film will open theatrically across Canada and generate a whole new fusion fan base, beginning in Montreal September 15, and Toronto on September 22.

For decades, fusion has been delayed and thwarted by failure, miscalculation, fraud and politics. It has been maddeningly always just out of reach, which seems to make people obsess over it all the more. “Fusion is the energy of the future… and always will be,” goes one old joke.

But today, fusion is being pursued with a renewed zeal, mostly because we’ve never needed it like we do now, and there are 37 countries currently collaborating to build the biggest experiment ever, in order to prove that fusion is viable.

Will this finally succeed? Or will the project collapse under its own massive complexity? The film chronicles the work of the passionate scientists who are struggling to make it work.

“It’s rare to find people who work on projects that are designed to last decades, and these scientists would be happy if it worked in a century from now,” says co-director Aung-Thwin. “So on a personal level, this is a deep sacrifice – but they are doing it for the chance that it helps all of humanity.“

About  EyeSteelFilm
Based in Montreal, Canada, EyeSteelFilm is a leading global documentary production and distribution company, with films covering diverse and compelling topics, such as multiple award-winning I am the Blues; Rip! A Remix Manifesto; Last Train Home – winner of two Emmy Awards, and Up the Yangtze, a top grossing and critically acclaimed doc winning dozens of awards including the 2009 Genie for Best Feature Length Documentary. EyeSteelFilm has collaborated with a wide range of partners including The National Film Board of Canada, CBC, CTV, BBC, ZDF/ARTE, PBS and ITVS. EyeSteelFilm has been twice named to Realscreen Magazines “Global 100” company. EyeSteelFilm’s current theatrical releases include Weirdos; Le Roi des Belges; Tokyo Idols.