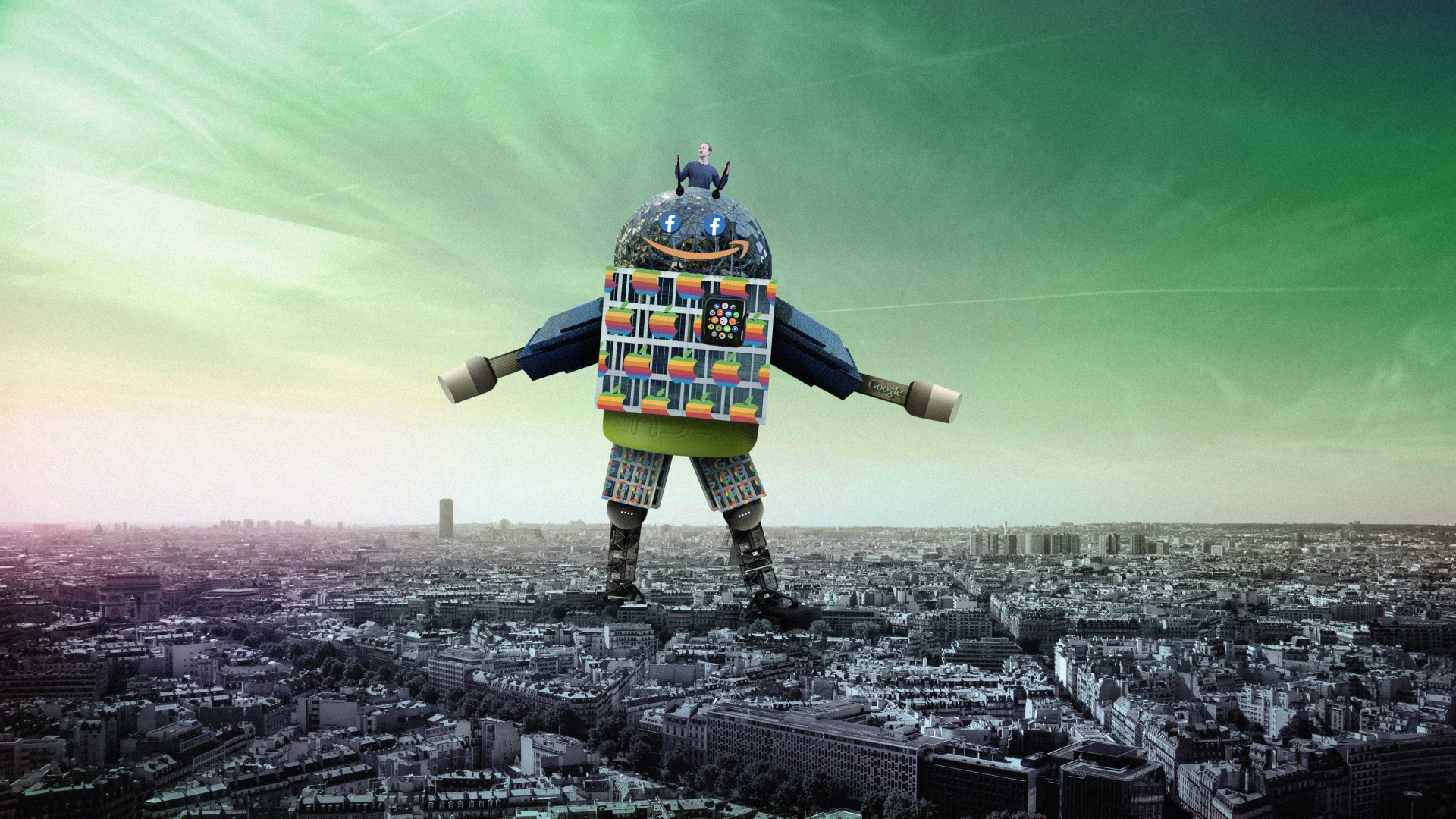 What were we thinking connecting everything and everyone to the Internet, and is it too late to stop?

The Internet of Everything
a film by Brett Gaylor

and will stream on CBC GEM

The Internet is invading all aspects of our lives. No longer confined to computers or phones, the Internet is now in refrigerators, and toilets, and is the infrastructure of our cities. The future will either be a surveillance nightmare or an eco-utopia, the outcome determined by start-ups in Silicon Valley and Shenzhen.

The Internet of Everything directed by award-winning filmmaker Brett Gaylor (Rip! A Remix Manifesto, Do Not Track) is a documentary that examines the hype and hubris hurtling towards the next frontier in the Internet’s evolution. Using the never-ending list of devices we are told we want, the film provides a landscape for a broader discussion about whether the Internet has indeed been a democratizing force or, instead, a fertile ground for the formation of new empires.

Kristina Cahojova is developing a Kegel device that transmits fertility data from women’s vaginas to the cloud (yes, really); Nellie Bowles, a journalist for the New York Times, introduces a survivor of domestic abuse who was terrorized by her partner’s “smart home.” China’s smart city vision reward citizens for behaviour conforming to social norms, as well as Alphabet’s vision for a corporate neighbourhood built “from the Internet up.” In Barcelona, we grasp a new potential for the Internet to allow for the copying of physical goods, turning the material world of atoms into digital bits that can be transmitted at zero cost anywhere on earth.

Best selling author and economist Jeremy Rifkin proposes that these digital disruptions are the signifier of an industrial revolution, and that the Internet is as significant a development as railroads and the internal combustion engine.

“I’m a reformed techno-utopian who works in the tech industry and has spent a decade critiquing it,” says director Gaylor. “My previous documentaries, Rip! A Remix Manifesto and Do Not Track have mapped the public’s relationship with the Internet, first with fascination and then obsession, then growing discomfort around the abuse of our private information, and now a sense of confusion and dread.

“If the pace of change and lack of agency is confusing for a techie like me,” continues Gaylor, “everyone else is probably feeling bewildered, too.  But now, with the connecting of the physical world into the “Internet of Things”, the stakes have been raised – it’s no longer just the abstractions of cyberspace that are spinning out of control, but instead our homes, our bodies and our cities that are being transformed.”

The Internet of Everything is a fast, funny and enlightening take on the bewildering change the Internet has wrought. It embraces the “techlash” while reflecting on the big picture of a world where we are all connected.

About Brett Gaylor:
Brett’s brain is split between making technology and documentaries. For 10 years, he was part of the Mozilla Foundation’s senior management team. During this time he also produced media work documenting the Internet’s slide from democratic wonderland to dystopic surveillance market. Do Not Track, his 6-part interactive documentary about privacy and the web economy,  was the recipient of the International Documentary Association award for best nonfiction series, the Prix Gemaux for Best Interactive Series, the International Association of Broadcasters Online Factual Prize, the Deutscher Prize for online communications, the 2015 Sheffield Documentary Festival jury commendation, and the 2016 Peabody award. “OK, Google” animated a year of his son Rowan’s accidental voice searches and received the 2019 Webby Award. His 2008 feature Rip! A Remix Manifesto was the recipient of audience choice prizes at festivals from Amsterdam to South Africa, broadcast in 20 countries, and seen by millions of people worldwide on Netflix, Hulu and The Pirate Bay.

About EyeSteelFilm:
EyeSteelFilm is a film and interactive media company dedicated to using cinematic expression as a catalyst for social and political change. ESF was created to develop cinema that empowers people who are ignored by mainstream media, a mandate that has taken the company to explore projects, people and ideas around the world. EyeSteelFilm was founded through making films with the homeless community. Daniel Cross’ gritty street trilogy (The Street: a film with the homeless, 1996; SPIT: Squeegee Punks in Traffic, 2002; www.HomelessNation.org, 2003) chronicled a generation of Canadians lost to social funding cuts, political apathy, alcoholism and drug use. These films provided a template for using engaged cinéma-vérité and interactivity for empowerment and change. For almost 20 years, Montreal’s award-winning EyeSteelFilm has made an international impact with social issue documentaries such as Softie (2020), Influence (2020), Anote’s Ark (208) Let There be Light (2017), I am the Blues (2015), Deprogrammed (2015), Chameleon (2014), Forest of the Dancing Spirits (2013), Inside Lara Roxx (2011), Fortunate Son (2011), Rip! A Remix Manifesto (2009), as well as a series of films chronicling modern life in China: Bone (2005), Chairman George (2006), Up the Yangtze (2007), Last Train Home (2009), Vanishing Spring Light (2011) and China Heavyweight, (2012). In the process, it has been the recipient of over 100 international awards. EyeSteelFilm has been frequently named as a “Realscreen Top 100” company and also comprises of a full-service theatrical and multi-platform distribution company for feature documentary and Art-house fiction films, and the Creative Reality Lab, which explores meaningful interactive storytelling.

Northern Banner presents JAMES VS. HIS FUTURE SELF, directed by Jeremy LaLonde, opens across Canada April 3

Moving From Theatrical to Streaming – JAMES VS. HIS FUTURE SELF directed by Jeremy LaLonde – starts April 3