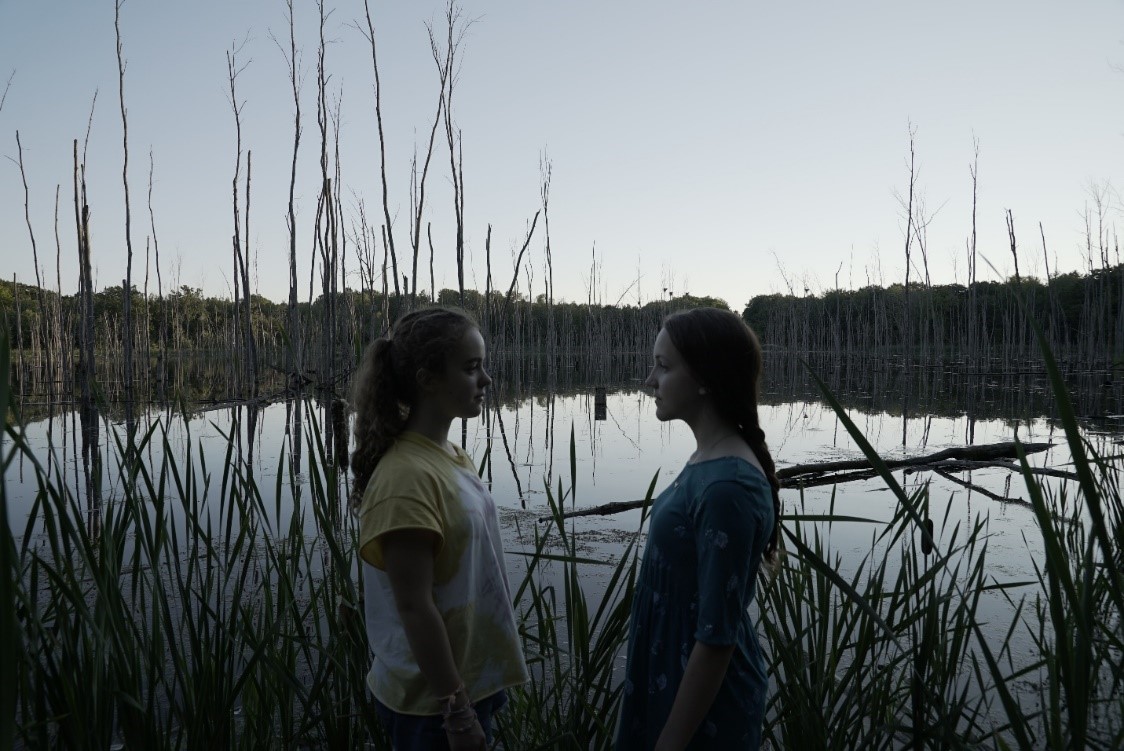 Ingrid Veninger will be on hand opening weekend doing a Q+A, Friday, Saturday, Sunday at 7pm

“An intimate and authentic tale of sisterhood.”  Pat Mullen, Cinemablographer

Thirteen-year-old Bea (Charlotte Salisbury) wants a best friend more than anything else, but when she meets boisterous Kate (CSA Nominee, Lucinda Armstrong Hall) she gets more than she ever imagined. Porcupine Lake is a story of bravery and the secret world of girls set in northern Ontario during a hot and hazy summertime when adulthood has not yet arrived, but childhood is quickly vanishing.

“I wanted to capture the feeling of those endless summertimes when we had empty days to wander around because the adults were always busy.” Veninger says about her inspiration for Porcupine Lake. “When I was 13, my father managed a roadside truck-stop, much like the real place in the film. I pumped gas, and learned how to ride a motorbike, and swim in secret lakes, and get lost, and drink my first beer, and share a first kiss that made my belly flutter.”

“It’s like your life begins when you meet your first real best friend,” she says. “That’s especially true for girls, and it’s an underrepresented experience. There are lots of coming-of-age stories about boys, but comparatively few about girls. That said, everybody has been 12 or 13, and many experiences are universal between boys and girls. It’s that fleeting window of time when everything is intense and all-consuming, a time that is full of desire and uncertainty – a time we didn’t fully appreciate the first time around.”

Porcupine Lake is Veninger’s sixth feature – and her first under the aegis of her unique pUNK Films Femmes Lab, which Veninger launched with the goal of having six women complete six features scripts within six months (Oscar winner Melissa Leo, a supporter and initial contributor to the program, is credited as “foremother” in the film).

“Had it not been for Melissa Leo standing up, I’m not sure I would have written Porcupine Lake. She believed in the story and told me it was a film she wanted to see and that inspired me to keep going. Throughout my career I have had many mentors, but it’s only more recently that I see women supporting women. These days we are encouraging and trusting each other a little bit more, which is a great thing.”