From the producers of the cult-hit TURBO KID comes RADIUS, opens across Canada, Dec 1 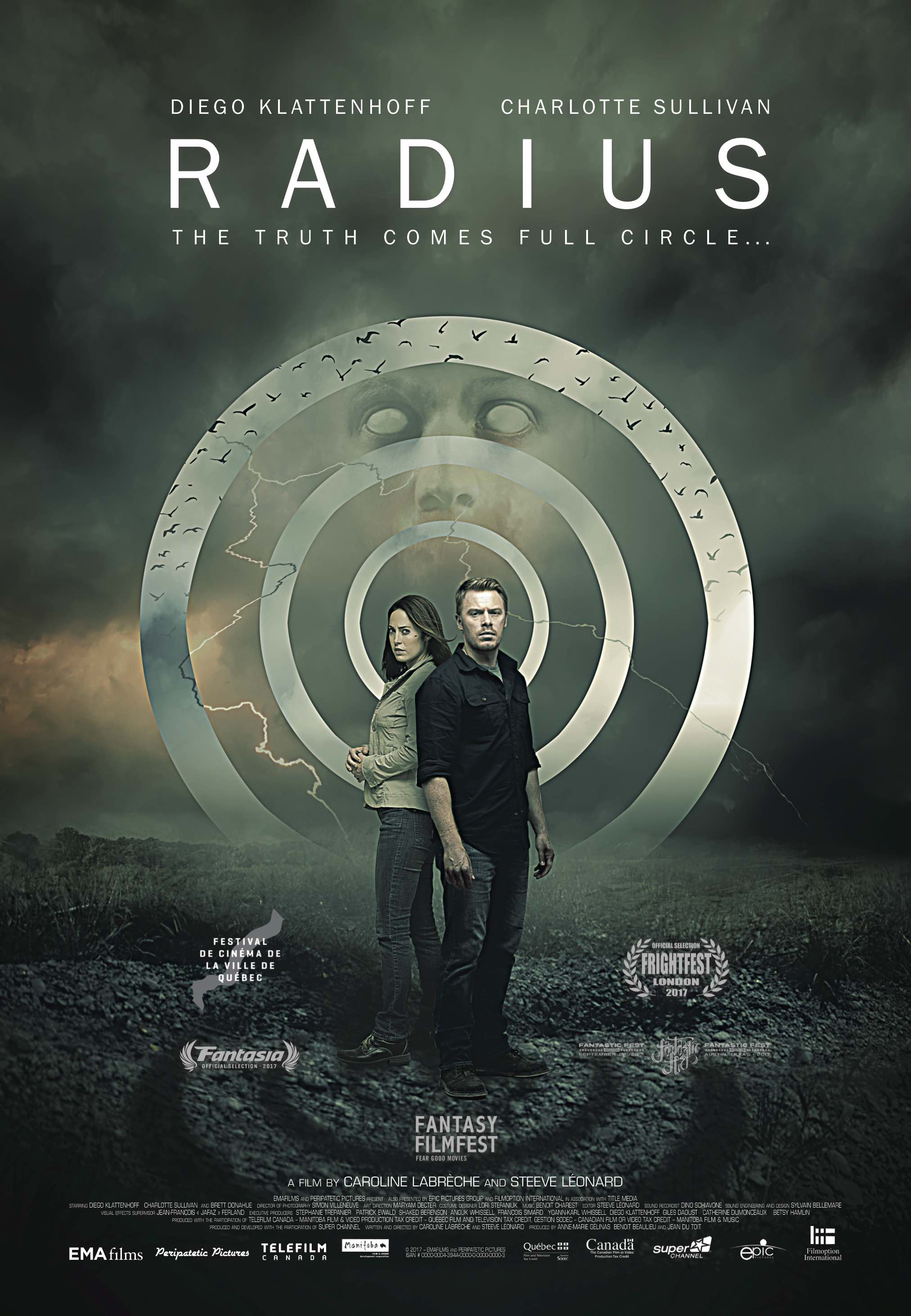 From the producers of the cult-hit TURBO KID

Interviews with the directors and cast are available.

“RADIUS is a fascinating concept and it is one of the best science fiction surprises of the year.”  – JoBlo’s Movie Emporium

“Horror hounds, sci-fi fans and even just those chasing a good old fashioned mystery will find a lot to love in Radius.” – HeyUGuys

“Radius is a high-concept movie from start to finish, and it relies on surprises to keep the story moving.”  – The Verge
After a super successful festival run, Filmoption International and EMA Films bring the much- anticipated film, Radius, to theatres across Canada beginning Friday December 1.

The mesmerizing science fiction thriller was written and directed by Caroline Labréche and Steeve Léonard, who brought us the cult favorite Turbo Kid.

Liam (Diego Klattenhoff) wakes from a car crash at the bottom of a ditch with no memory of who he is. As he makes his way into town, he discovers that anyone who comes within a 50-foot radius of him dies instantly. Out of options, he tries to live in seclusion to protect others, until one day, his murderous power seems to subside… with the arrival of a woman (Charlotte Sullivan) who says she was in the crash with him. She too is suffering from amnesia and looking for answers. Together they embark on a journey to uncover who they really are…

Radius was co-produced by Anne-Marie Gélinas and Benoit Beaulieu for EMAfilms and Jean Du Toit by Peripatetic Pictures while RKSS (Turbo Kid), Anouk Whissell, Yoann-Karl Whissell and François Simard in collaboration with Stéphanie Trépanier served as executive producers. The direction of the photography was carried out by Simon Villeneuve, the visual design by Maryam Decter, Steeve Léonard also served as editor and the music was by Benoît Charest.