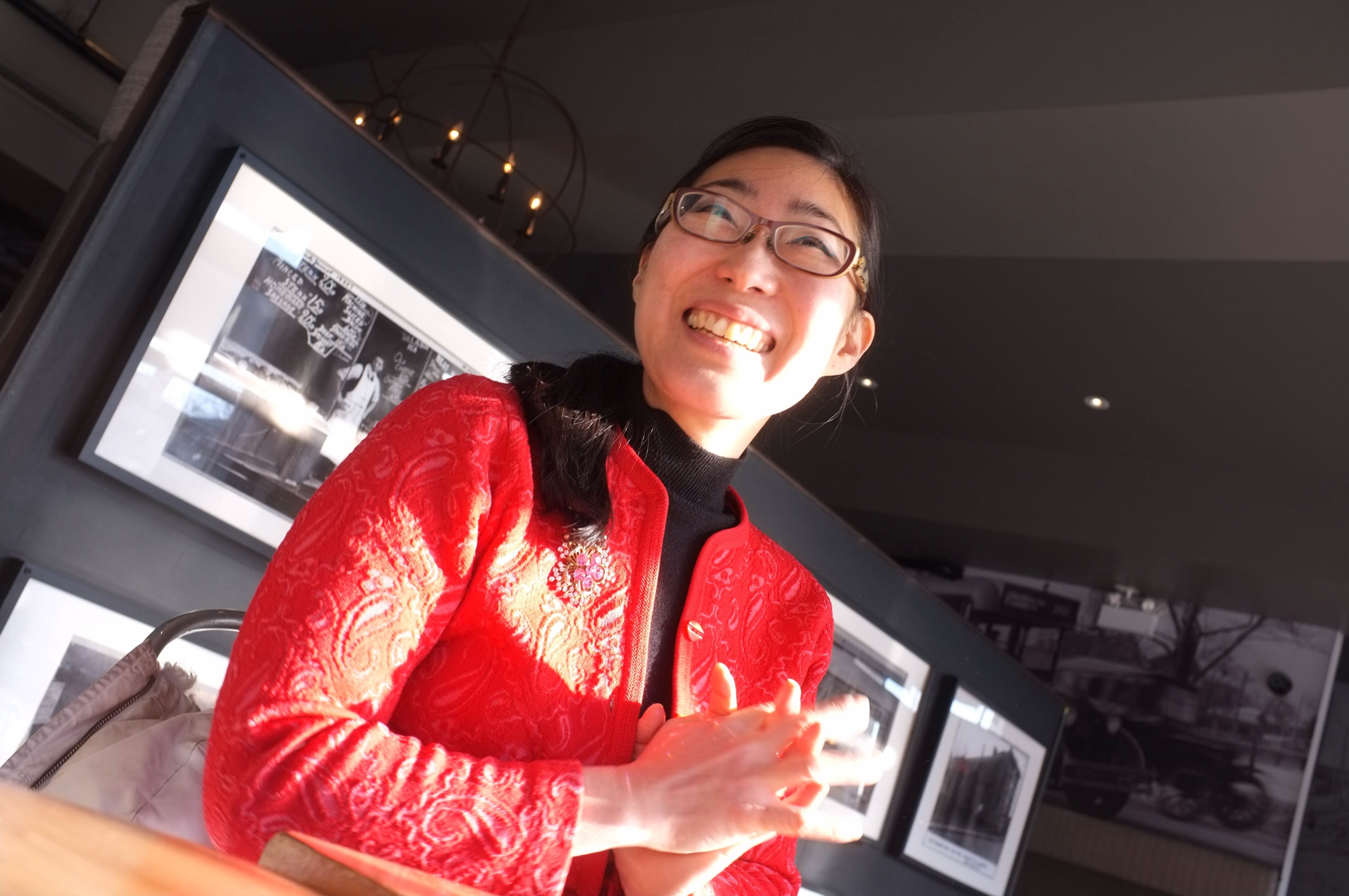 Administered by the organizers of Canada’s respected Women In the Director’s Chair program, the WIDC Feature Film Award is supported by some of Canada’s most influential screen-industry companies, and will help Kim to complete her debut feature film, Debra and Mona.

As part of the award, Kim won a spot to develop Debra and Mona at the WIDC’s Story & Leadership program taking place in part at the Whistler Film Festival. The award also offers further development support and equity investment from Bell Media’s Harold Greenberg Fund, as well as significant in-kind support including studio rentals, a camera package, support for picture and audio post production, clearances, closed captioning and insurance (see backgrounder for full list of award sponsors). A generous grip and lighting equipment package rental comes from long-time WIDC sponsor, William F. White International who recently made a three-year commitment to the award.

“Whites is dedicated to fostering and developing new talent in Canada’s film and television industry,” says Paul Bronfman, Chairman/CEO of Comweb Group Inc. and William F. White International Inc.. “We’re thrilled to make this significant commitment to supporting more women directors in feature film. We hope it inspires others to do the same.”

“I’m so thrilled to receive this amazing award. I can’t thank Women In the Director’s Chair, Carol Whiteman and the jury enough for making my dream come true,” says Gloria Ui Young Kim. “With the help of the WIDC Feature Film Award I’m looking forward to creating a beautiful and impactful film.”

“Gloria Ui Young Kim has a compelling story to share with audiences and a perspective that we have not seen before,” says Carol Whiteman, award-winning WIDC Producer who will executive produce the film. “There is no doubt that WIDC sponsors are backing real winners with their support of this award.”

For the past twenty years, WIDC has been working on a director-by-director basis to address the well-known poor statistics around the funding of women-directed feature films. Since 2009, the WIDC Feature Film Award has supported the completion of six multiple award-winning feature-length films by Canadian women directors including Katrin Bowen (Amazon Falls), Lulu Keating (Lucille’s Ball), Ana Valine (Sitting On the Edge of Marlene), Siobhan Devine (The Birdwatcher, theatrically released November 18). Kathleen Hepburn’s Shirley Henderson starrer, Never Steady, Never Still was been picked up by Soda Pictures, and Jordan Canning’s Suck It Up! will hit the festival circuit soon. Metis filmmaker, Marie Clements’ feature Red Snow, aiming to shoot on location in the NWT, is in final stages of packaging and financing.

Research shows that women still make up less than 20% of directors on feature film projects in Canada. Recently the CBC and Telefilm Canada announced initiatives to help tip the scales towards equality. The 2016 WIDC Feature Film Award will be presented December 3, at the recently announced women-focused breakfast hosted by the Whistler Film Festival on the top of Whistler mountain in British Columbia.

GLORIA UI YOUNG KIM – Born in Seoul, Korea, and based in Toronto, ON, Gloria Ui Young Kim comes from a long line of media makers. With a degree in English Lit at U of T, she worked as a journalist at Maclean’s. She attended Ryerson: Image Arts and the 2008 Canadian Film Centre’s Director’s Lab. Her short film, Rock Garden: Not a Love Story, described by Atom Egoyan as “absolutely beautiful”, has won numerous prizes including the CBC Canadian Reflections Award. Her CBC film, The Auction, premiered at the 2010 Sprockets TIFF, and won Best Short Film, the Audience Choice Award: 2012 WIFT Short Film Showcase and Children’s Jury Prize: Seattle Film Festival for Children, and is now part of the John VanDuzer Film Collection at TIFF BellLightbox. Her other works have won numerous Golds, at the Bessies, the Marketing Awards, One Club; her OAC-commissioned work, Why Do I Dance… has had almost a million views on Youtube since April, 2012; she was in the 2009 TIFF Talent Lab; is a mentor for youth (Female Eye Film Festival, Reel Asian Film Festival, Hot Docs). She has recently directed the Ontario Arts Council’s 50th Anniversary film, Live, Love Art…, which won Best Interview Film at PR Daily Video Awards and Flamenco for CBC (nominated Best Short at the San Francisco Dance Film Festival and at KAFFNY). Her script, Debra and Mona won the 2013 Telefilm New Voices Award and was featured in the 2015 Spotlight on Screenwriters. Gloria is an alumna of the WIDC CAM, Toronto. www.rockgardenfilm.com @gloryousfilms

“Winning this award has changed my life and made my dream come true. I am so grateful to Women In the Director’s Chair, Carol Whiteman and the jury for this. Telling meaningful stories that are inclusive and magical is what I’m here to do, and the WIDC Feature Film Award is why I’m able to do it.  I am committed to making an impactful and beautiful film and am excited to add my distinct voice and story to our collective diverse narrative.”

ABOUT DEBRA AND MONA – A dramatic feature film about a naïve young Korean stripper-mom, Debra who scrambles for a fresh start when her gambling-addicted boyfriend, Sarge decamps with their money, leaving Debra and her irascible but lovable 9 year old daughter Mona to fend for themselves. When Mona forces Debra into choosing between her dreams of romance and doing what is best for her daughter this seldom seen mother-daughter duo fight to find their way to their own brand of love. Debra and Mona is written, directed and produced by Gloria Ui Young Kim, produced by Kulbinder Saran Caldwell, and executive produced by Carol Whiteman and Anna Stratton.