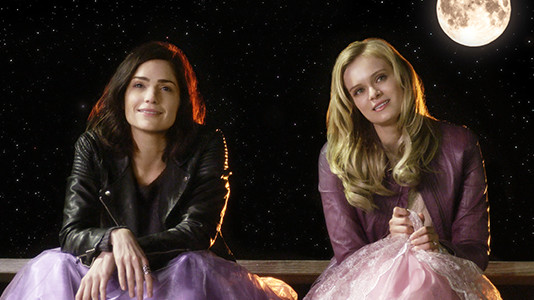 Logline:   Remember that one person you swore would be your best friend forever?

A young documentary filmmaker turns her camera on her former best friend, a seemingly carefree bride-to-be, in this delightful comedy-drama about family and secrets – and best friends forever.

Heather (Janet Montgomery), an edgy documentary filmmaker in her 20s, reluctantly agrees to film the wedding video for her former high school best friend Sarah Ann (Sara Paxton) when her father’s illness forces her to return to the small town she hated.

Between family and secrets, Heather is convinced that she and the seemingly carefree bride-to-be have nothing in common – except perhaps the high school teacher they both fell in love with (Tom Cullen).

With its skillful mix of drama and comedy Happily Ever After shows both the joy and pain that can accompany a long friendship in this story about two young women who were once inseparable but grew apart as they made different choices in life.