Ingrid Veninger teams with female filmmakers from around the world. EXQUISITE CADAVER PROJECT : AN INTERNATIONAL COLLABORATION 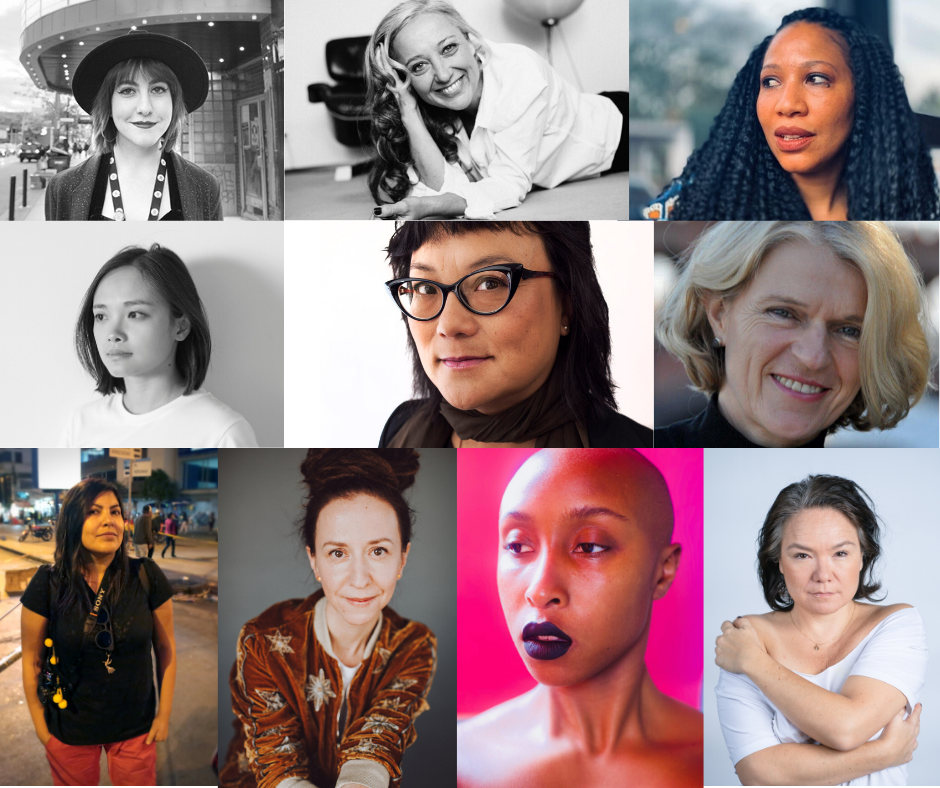 Ingrid Veninger teams with female filmmakers from around the world

IN THIS TIME OF COVID-19

“In these uncertain times, we embrace uncertainty, and we create.

Everything is changing day by day. Through our isolation, we’ve decided to make something together. We recognize that being able to collaborate is a privilege and we do not take it for granted. During the month of April, ten female filmmakers, from around the world, will each make a ten-minute film. The films will be inexorably linked by theme. Our framework is the Exquisite Cadaver. The goal is to make a film, greater than the sum of its parts. The process will be fast and intense. We’re diving in with all our hearts and guts. We are in this together.”

JENNIFER PODEMSKI (CANADA) is an award-winning, Gemini nominated actress and producer born and raised in Toronto, Canada. Since beginning her professional career at the age of 14, Jennifer has achieved great success as an actor in film, television and theatre. In more recent years, she has spent time working behind the camera as a producer, writer and director with her company Redcloud Studios, an independent production company.

Jennifer dedicates a large part of her time to working with, and mentoring youth. She has toured North America, speaking to Native youth and facilitating workshops in self-awareness, goal setting, performing, business, media and self-empowerment. She has facilitated over 2000 workshops and keynote addresses and continues to dedicate her time to strengthening the future of Canada by empowering Native youth to realize their potential.

LYDIA ZIMMERMANN (SPAIN) is a filmmaker and film teacher, born in Barcelona, from Swiss parents. Lydia has written, edited and directed shorts, feature films, tv movies and documentaries. She has made video-installations in art galleries and museums. She has taught and filmed in Spain, Australia, Portugal, Mexico, Guatemala, Haiti, Quebec, Burkina Faso, Myanmar, Ecuador and Colombia. Educated in two cultures using four tongues, she likes to bridge between people and places. ‘Cinema, blinds us or illuminates us.’

VIOLETA AYALA (BOLIVIA) is a Quechua film director, producer, writer and artist with Bolivian and Australian nationality. She is best known for directing the award-winning documentaries: Cocaine Prison (TIFF, 2017), The Fight (2017), The Bolivian Case (2015), and Stolen (2009). Her films have won 45 awards, including a Walkey Award and nominations for the prestigious IDA in Los Angeles. Violeta is currently developing Prison X, an immersive and interactive VR experience based on Neo-Andean myths and Showekon, a 360 cinema for children. She is an alumnus of Film Independent, Berlinale, Hot Docs, IFP New York, IDFA, the Sundance and Tribeca Film Institute and is a founding member of United Notions Film.

SLATER JEWELL-KEMKER (CANADA) has been making films since she was six. An award winning filmmaker and climate activist, Slater has been featured by Forbes twice: once for her 12 year documentary feature on the rise of the global youth climate movement YOUTH UNSTOPPABLE, and another for her CFC short film STILL which explores domestic violence and infatuation. STILL premiered at the 2014 Toronto International Film Festival and was chosen as part of Canada’s Top Ten, landing her in Hollywood Reporter’s Next Gen Canadian Filmmakers as one of 15 filmmakers under 30 to watch. YOUTH UNSTOPPABLE premiered at Michael Moore’s invite only Traverse City Film Festival, going on to screen at over 80 film festivals around the world and garnering thirteen awards. Slater is also an accomplished speaker and frequently is invited to speak on film and climate change panels to represent the voice of youth, in addition to giving filmmaking workshops to teenagers.

CARMEN SANGION (SOUTH AFRICA) was born in the working class township of Coranationville, west of Johannesburg, South Africa. “From the time I watched my first film at the cinema, which was Spielberg’s ET, I was captivated and fell forever in love with the magic and beauty of cinema. I will never forget telling my mother that I was going to be the Steven Spielberg of Africa. I was twelve at the time. Not really knowing what that meant, I have held tight to that dream.” Cameron has directed a number of short films, which have been screened at numerous film festivals and she is currently developing her debut feature, Salvation. “I would describe my style and approach as deeply personal, dreamy, lyrical, observational, character driven narrative. I am always striving to represent people of color and women in ways that we have not seen before”.

ISA BENN (CANADA) is an award-winning filmmaker, screenwriter, playwright, multimedia artist and creator. In light of several highly visual sensory “handicaps”, including synesthesia, Asperger’s and ideasthesia, “Isa is uniquely able to connect to and penetrate her audience’s emotional barriers and facilitate a collective cognitive experience that leaves audiences feeling connected, healed and with greater awareness of a world outside of themselves” (Caitlin Burns, HarperCollins). She draws upon her experience as a North and West African, Caribbean, Jewish, Queer, Latinx woman to create stylistically introspective works that shed a harsh light on the racism, lack of decolonization, colorism, ableism and attacks on queer bodies that are rampant in North American society.

SHENGZE ZHU (CHINA) is a producer and documentary filmmaker. She co-founded the production company Burn The Film with director and visual artist Yang Zhengfan, and has served as producer for Yang’s films, including Distant (2013) and Where Are You Going (2016). Her directorial debut, Out Of Focus (2014), premiered in France, and her films have been screened internationally ever since. Her second feature documentary, Another Year (2016), which premiered in Switzerland, received numerous awards, including the Grand Prize in Montreal. Present.Perfect. (2019) had its world premiere at Rotterdam (IFFR).

DOROTHEE WENNER (GERMANY) is based in Berlin, where she works as a freelance filmmaker and writer/curator. Her documentaries often transgress borders of traditional genres, as she uses elements of feature filmmaking when working with protagonists. In 2008, her theatrically released documentary Peace Mission, won critical acclaim as it gave international audiences an insider perspective into the world of home movie production in Nollywood. Peace Mission premiered at IFF Toronto and toured the international film festival circuit on all continents. Since 1990, Wenner has been a member of the selection committee of the International Forum and also serves as the delegate for India and Subsahara-Africa for the Berlin International Film festival and the Dubai International Film festival. In Lagos, she has been jury member of the African Film Academy since its inception in 2004, and chaired as its president in 2010.

INGRID VENINGER (CANADA) holds an MFA from York University and has been a full-time faculty member of AMPD (School of the Arts, Media, Performance and Design) since 2019. Born in Bratislava and raised in Canada, Ingrid has been celebrated as “the DIY queen of Canadian filmmaking” (Liam Lacey, Globe and Mail). Since 2008, she has produced ten feature films with premieres at TIFF, Rotterdam, Locarno, Slamdance, Whistler, Rome, Hot Docs, Karlovy Vary and MoMA in New York. With retrospectives of her work in Ottawa at the Canadian Film Institute and in Santiago, Chile at FEMCine, Ingrid received the WIFTS International Visionary Award, the Alliance of Women Film Journalists EDA Award for “Best Director” and the Jay Scott Prize awarded by the Toronto Film Critics Association. A member of the Directors Guild of Canada and participant in the inaugural TIFF Studio, Berlinale Talents, and Rotterdam Producer’s Lab, Ingrid has been a mentor at the Canadian Film Centre and Screenwriter-in-Residence at the University of Toronto. An advocate for gender parity, Ingrid initiated the pUNK Films Femmes Lab in 2014 to foster six narrative feature films written and directed by Canadian women, sponsored by Academy Award winner Melissa Leo. In addition to touring film festivals with her 2019 feature, EL MUNDO O NADA (The World or Nothing), Ingrid continues to led filmmaking workshops and participatory master classes in Canada, the U.S., and Europe.