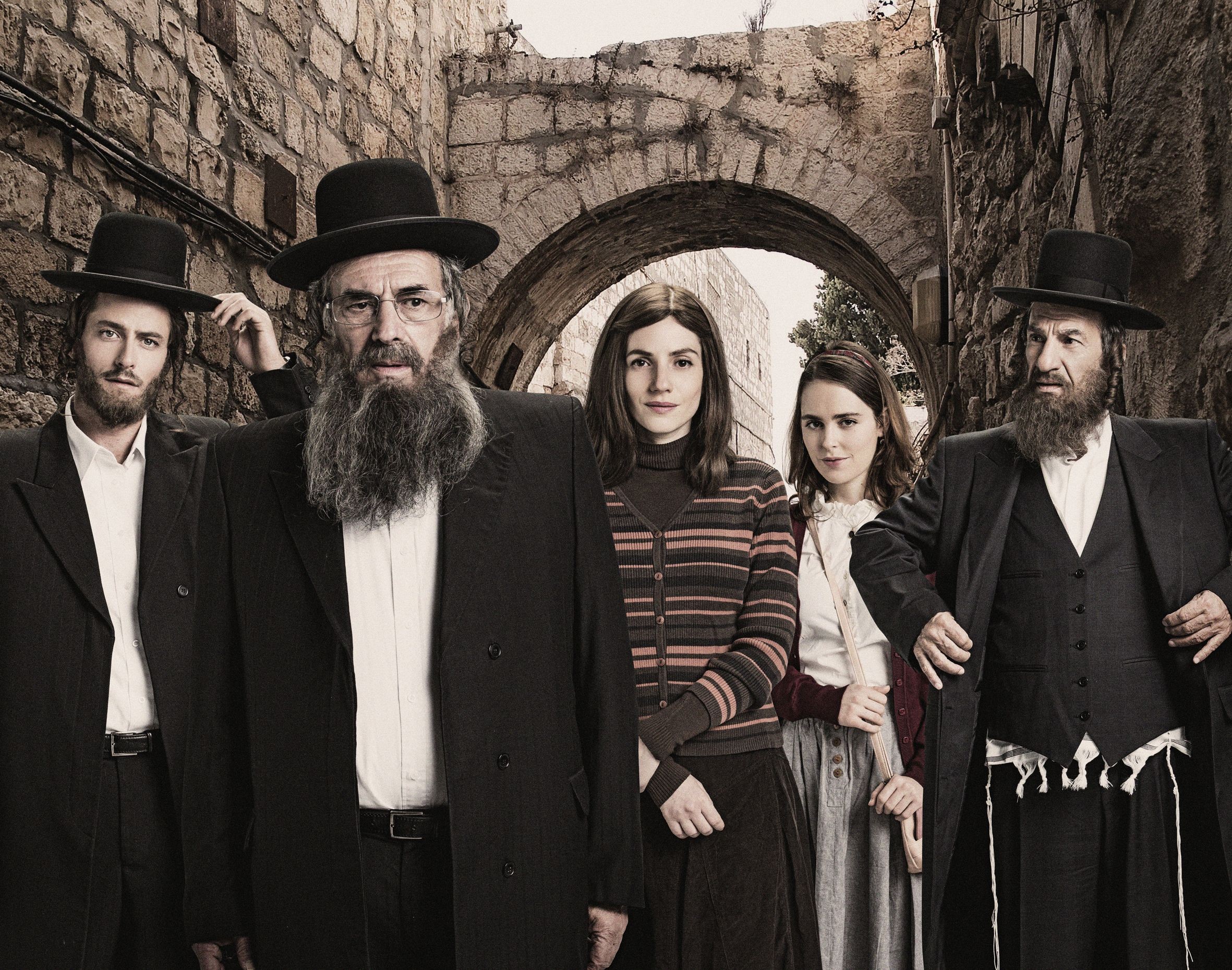 The Toronto Jewish Film Foundation in partnership with the Anne Tanenbaum Centre for Jewish Studies, presents

Similar to the series success of Homeland, which was based on Israel’s exceptional prime-time drama Prisoners of War, another Israeli television series, Shtisel, is causing a tv sensation, with already an American version being developed for Amazon starring Natalie Portman. This success was based on the show’s first season; however season 2 is even better.

The Toronto Jewish Film Foundation, along with the Anne Tanenbaum Centre for Jewish Studies of the University of Toronto, is very pleased to present the second season of Shtisel, in its entirety, over 3 Sunday afternoons, beginning November 6 where episodes 1 to 4 will screen at Innis Town Hall, starting at 2:00pm.

The following week on November 13 episodes 5 through 8 will be screened, and the season will conclude on November 27 with episodes 9 through 12. All screenings are on Sunday afternoon beginning at 2:00pm at Innis Town Hall.

Shulem (Dov Glickman) and Akiva (Michael Aloni) are the unlucky-in-love father and son duo who work and live together in Jerusalem’s Mea She’arim. Joining the cast is the incomparable Sasson Gabai (The Band’s Visit) as Shulem’s younger brother who comes back to Israel, with his daughter Libi (played by Fill the Void and Felix and Meira’s Hadas Yaron). Their arrival upsets the status quo in the Shtisel household and shakes Akiva and Shulem out of their complacent domestic life.

You don’t need to have seen the first season to be charmed by this heartwarming follow-up season about life, love and loss.

“Shtisel is one of the most beautifully written and acted dramas we have shown in a long time and exemplifies the incredible television that has been produced in Israel,” says TJFF Programme Director Stuart Hands. “Filled with warmth and humour, this series is not just a portrait of a religious family in Jerusalem, but rather a sensitive and universal story about family relationships and the search for love.”

The Toronto Jewish Film Foundation  is a year-round organization presenting the best feature films, documentaries and shorts from Canada and around the world, on themes of Jewish culture and identity.  TJFF is dedicated to using film for its contemporary popular value and accessibility, in order to reflect the diversity of the Jewish experience internationally. TJFF provides an opportunity to heighten awareness of Jewish and cultural diversity around the world to audiences of all cultural backgrounds, and to present films in their original languages, with subtitles, in an effort to break down racial, cultural and religious barriers and stereotypes.
website:  http://tjff.com/

Over the past five decades, the University of Toronto has developed one of the best and most comprehensive Jewish Studies programs in North America. In 2008, the Centre for Jewish Studies was created to recognize and build on these remarkable achievements. Today the Centre offers courses at the undergraduate and graduate levels in archeology, art, history, languages, literature, performance, philosophy, political science, religion, and sociology. The Anne Tanenbaum Centre for Jewish Studies builds on the expertise and range of its faculty members.
http://www.cjs.utoronto.ca/

THE BIRDWATCHER, a film by Siobhan Devine. Starts at Carlton Cinemas Nov 18