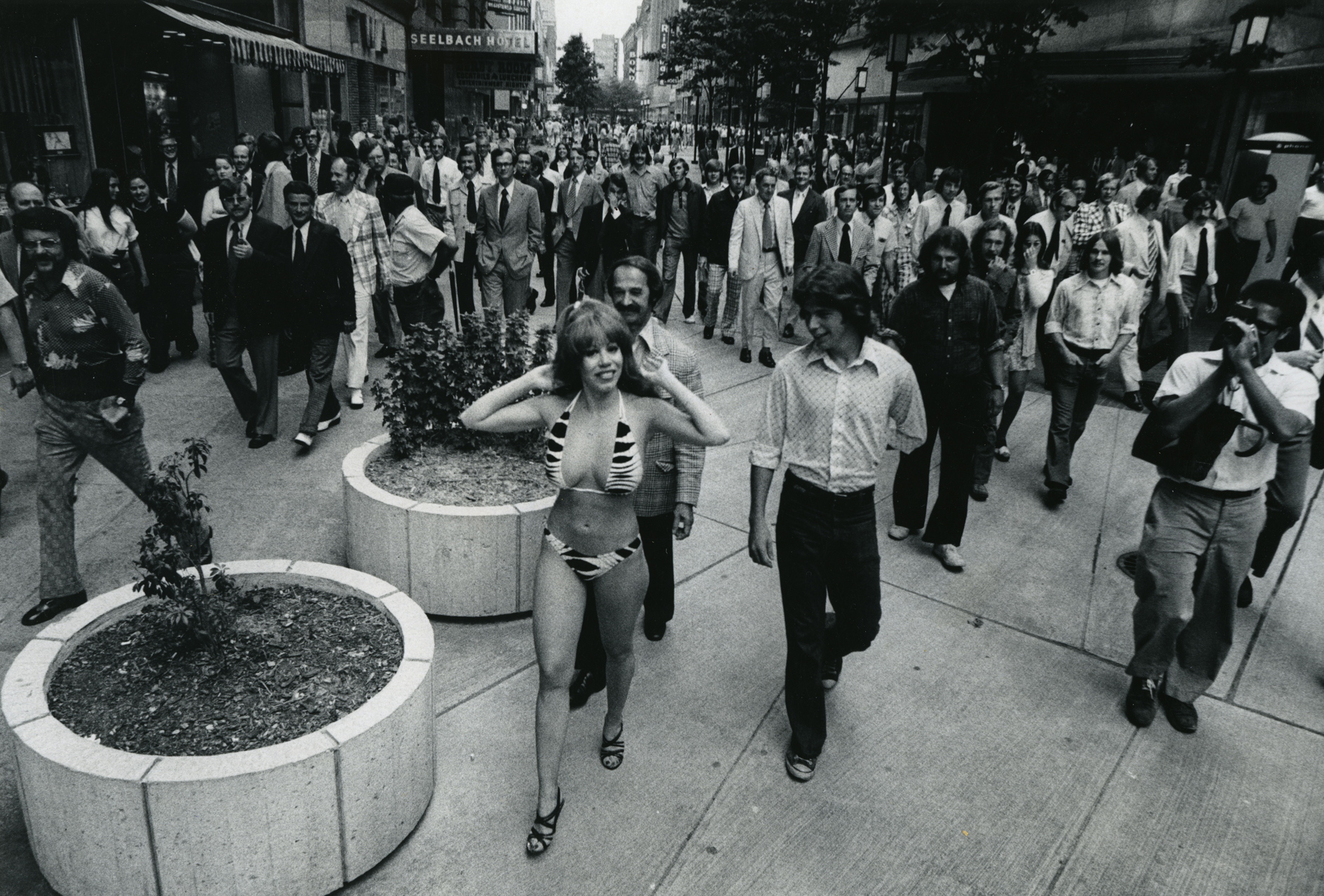 Check out the trailer

Back when the G-string was the point-of-no-return, live sexual entertainment was a formalized affair, with choreography, costumes and women with larger-than-life personalities and attributes.

They were burlesque queens, with stage-names that could be out of a James Bond movie, like Lovey Goldmine, Kitten Natividad and Holiday O’Hara. And as we discover in Rama Rau’s up-close-and-personal documentary League of Exotique Dancers, they were proud performers who chose a life more colourful and dared anyone to tell them no.

The award-winning documentarian uses the Burlesque Hall Of Fame weekend in Las Vegas as a backdrop for the stories of a group of women who ruled Burlesque in their day (the ‘50s, ‘60s and ‘70s). There she discovers a collection of seasoned life-veterans who have not forgotten their moves or lost their attitude, though many had not performed in 30 or more years.

Some of them, like Natividad, segued into other areas of pop culture (in her case, as a leading lady of “sexploitation” filmmaker Russ Meyer), others charmed their way into other spotlights (sexy septuagenarian Marinka coyly drops names of her famous lovers), and others slid quietly into some form of “normal” life.

What they all have in common is a life of amazing anecdotes and experiences and joys and tragedy. The latter, never sentimentalized, includes race-barrier pioneer Toni Elling’s struggles with racism, Canadian burlesque queen Judith Stein’s court battle against frat-boys who’d assaulted her, and the brazenly-profane/hearse-driving Camille 2000’s experience with a husband who gambled away all her money.

“Filming League of Exotique Dancers is one of the most exciting experiences I’ve had in my directing career,” Rau says. “I knew I wanted to capture the glamour of the lives of the Legends, the costumes, the grandeur, the acts. But I also wanted them to be human, with their weaknesses and foibles. They are some of the strongest and most interesting women I’ve met and most have battled with their own private demons.

“It’s a film with many layers, about the glitter, the pasties, the broad sexuality but also about their style, their humour and most of all, the steel under the silks.”

League of Exotique Dancers was the opening night film of Hot Docs Canadian International Documentary Festival 2016. The film won Best Canadian Feature at Northwestfest, and was part of Sunnyside of the Doc’s Spotlight on Canada, in 2016.

About Storyline Entertainment
Established in 2000, Storyline Entertainment is an Emmy® award-winning producer of non-fiction programming with a mandate to create productions with a distinct point of view, international appeal and high production values.  Their award-winning films include several Emmy®, Canadian Screen Award and Gemini winners , and have been broadcast around the world on History, Discovery, CBC, National Geographic Channels, ZDF and ARTE, just to name a few. Storyline Entertainment is operated by Ed Barreveld, a Canadian filmmaker with extensive experience producing for domestic and international markets.

About CBC documentary Channel
documentary Channel showcases the best documentary films and series from Canada and around the world – 24 hours a day, 7 days a week. Enjoy themed programming each night of the week in prime time. The thematic nights explore a variety of popular interests anchored by Spotlight Sundays, focusing on feature length, critically acclaimed films that have screened in theatres or festivals, here and around the world.

DAM! THE STORY OF KIT THE BEAVER, written and directed by Kjell Boersma, world premiere Feb 25