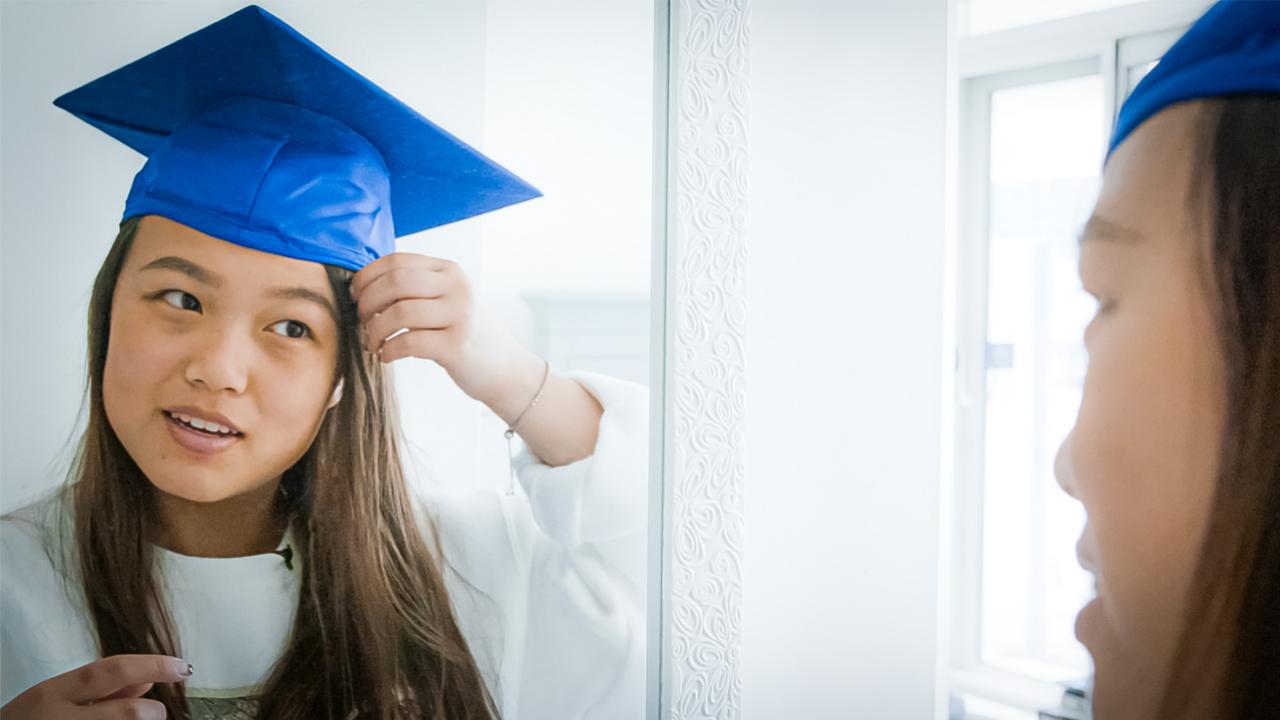 ‘A couple of days ago, I came to the realization that like, wow…I’m OLD…like high-school old…Within a couple of months my future is going to be just blown up, and put right in front of me…’ – Audrey

TVO Original feature documentary 17 And Life Doesn’t Wait, by award-winning director Maureen Judge, paints a lively, candid and emotionally charged view of life through the eyes of three teen girls. The film catches the subjects in their final year of high school, as they experience the impact of the outside world, their impending independence, and the conflicting expectations and overwhelming anxiety that so often comes with being a girl in our society.

Shot over nine months, 17 And Life Doesn’t Wait delves into the teens’ attitudes, actions and goals, as they dream about the future, and discover their passions and anxieties. While these smart, sassy, and tenacious young women may hail from diverse walks of life, each has the ambition to continue with her education, and meet her challenges head on, and in her own way. We watch them grapple with family, university acceptances (or rejections), compete for scholarships, engage in the perennial primping for senior prom; digest the devastation of the Parkland massacre; graduate, and confront issues around sexual identity, suicide and assault.

Funny, forthright and vibrant, Mich is a young artist, who’s estranged from her mother, on welfare, and struggling with the loneliness of living on her own. She’s trying to come to terms with her sexuality, the repercussions of a recent sexual assault, and finding love, acceptance and a new home.

Math and science whizz, Audrey, who at first glance seems to have it all, straddles a delicate balance between two worlds – the independence of living and going to school downtown, and the expectations of her suburban Asian-Canadian parents. She’s driven to please, yet struggles with her own desires, eventually learning some hard lessons from disappointment.

17 And Life Doesn’t Wait is an entertaining and thought-provoking documentary that reveals the subjects’ frustrations and success, and their ability to discover and define themselves, and to move ahead in their lives.

As the technological extension of Ontario’s public education system, TVO’s vision is to create a better world through the power of learning. TVO provides learning opportunities for Ontarians through impactful educational products, in-depth current affairs, thought-provoking documentaries, and award-winning TVOkids resources both inside and outside the classroom. TVO is funded primarily by the Province of Ontario and is a registered charity supported by sponsors and thousands of donors. For more information, visit tvo.org.

Makin’ Movies in association with TVO presents 17 And Life Doesn’t Wait, a film by Maureen Judge.