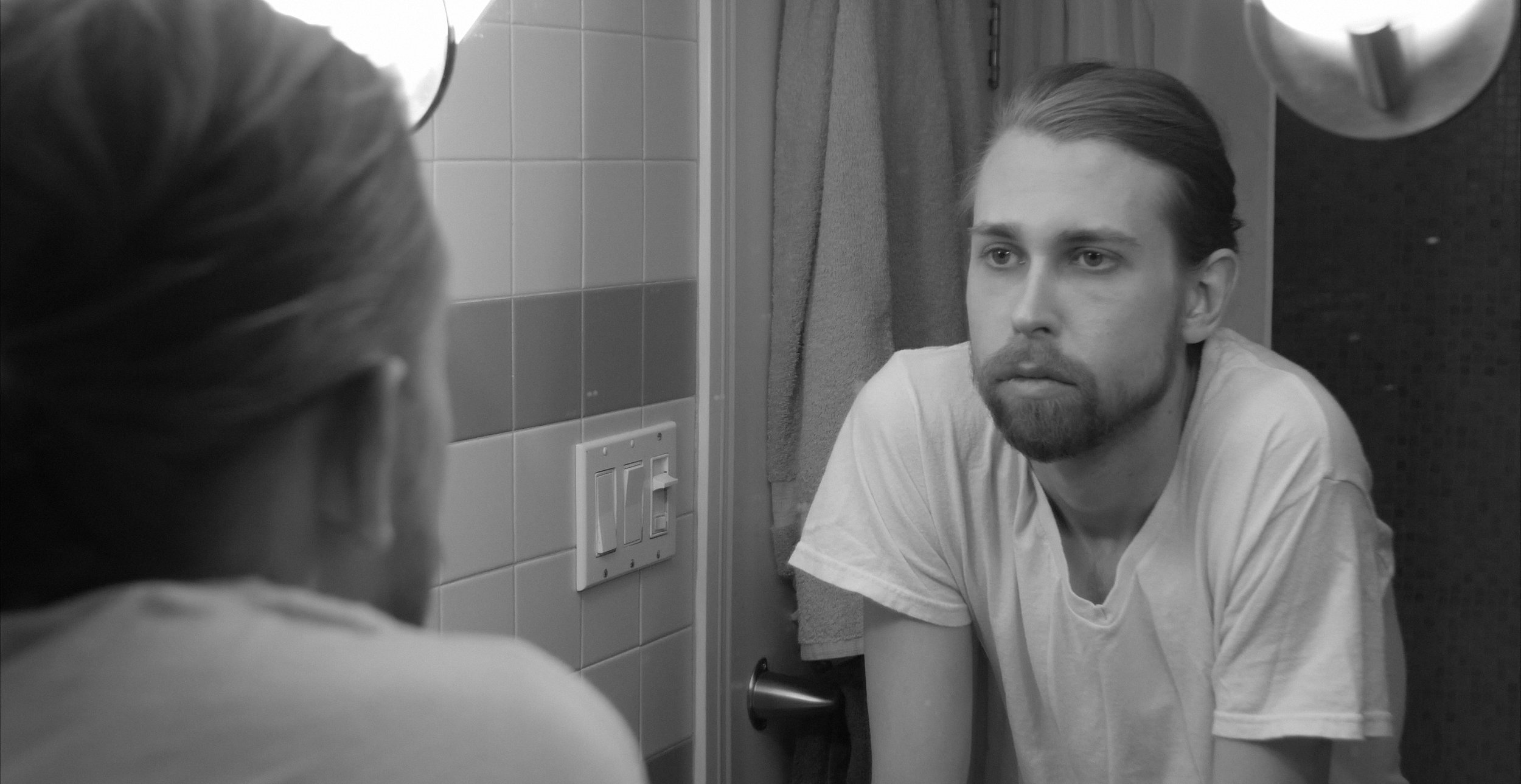 Watch here
“I hate the word, ‘manorexia.’” – Owen
Owen (Adam Christie) is an actor, and a good one. He is called to auditions and nails them. He admits that when a camera is on him, he can exude happiness and confidence at will.

But in front of the “documentary” camera, in the digital drama series Man-O, we see Owen paralyzed by the throes of anorexia nervosa and self-doubt, practically confined to his apartment at times. Even drinking water causes him to vomit. By the end of his teens, he’s already had two heart attacks.

In seven episodes, Man-O takes us on a narrative journey through Owen’s life. We meet his moms (Susan Finlayson and Liz Taylor) who give misplaced pep talks and insist he, “Just eat!” We meet exasperated friends.

And we see him as an awkward, resentful participant in an all-woman “support group”  – an experience that underscores one of the most painful aspects of Owen’s condition. Only one in 10 anorexia patients are men. And society demands that men bury the emotional trauma that often lies behind the condition, worsening the struggle.

Director, writer and lead actor Adam Christie says Owen is a fictional character inspired by, but not mirroring, his own experiences with eating disorder.

But Owen relates with clarity some difficult-to-grasp concepts that affect many patients. For Owen, denying oneself food is a form of control, a way of drowning emotional pain with hunger pangs. In time, we learn the nature of Owen’s pain via childhood memories and current family realities.

“Although the series was written, shot and edited as a documentary, it is a work of fiction,” Christie says. “The character, the details of his life, and his story were created as the ideal way to tackle the issues we wanted to explore.

“As the writer and director, I have my own very personal experience with the disease that is different from Owen’s experience. Owen’s story is Owen’s story. It is not intended to be representative of everyone who has suffered or is suffering from the illness. Our goal was to offer a perspective that might not have been seen before and our hope is that people will walk away with more knowledge than they had before they arrived on the website.”

About Adam Christie
Adam is an actor based in Toronto, and stars as Owen in Man-O. Adam also is writer and director of this series. He has appeared in a number of films, including Let Her Out (2014), AntiSocial (2013) and Hills Green (2012). Adam also appeared on the television series Warehouse 13 (2014). This is Adam’s first digital series.