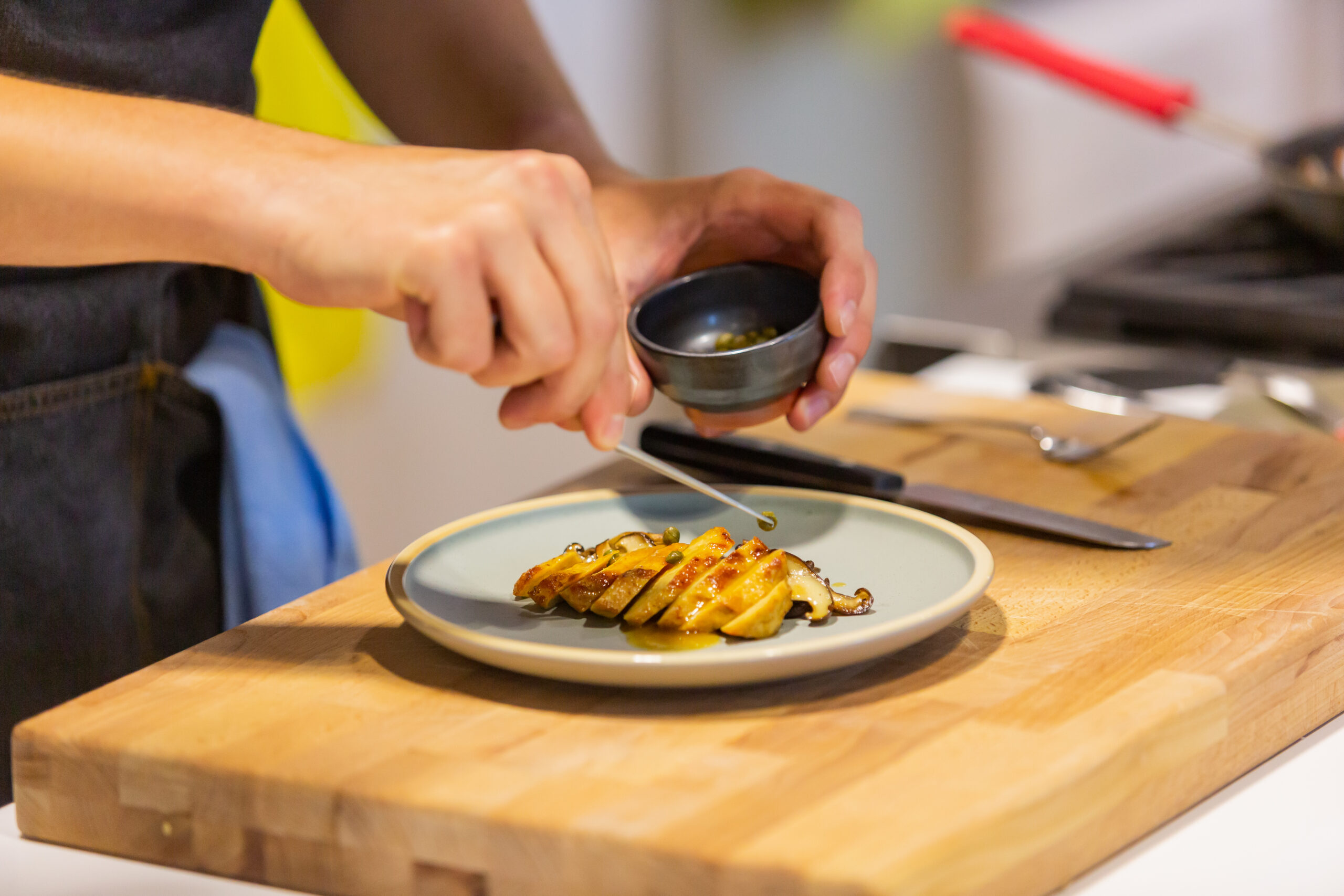 Birth of an industry

MEAT THE FUTURE
a film by Liz Marshall

In 2013, Liz Marshall opened our eyes to the inhumanity and environmental impact of animals exploited for food, fashion, entertainment, and research with The Ghosts in Our Machine. The award-winning documentary was seen by hundreds of thousands of viewers in 92 countries.

Now Marshall returns with Meat the Future, a story of human ingenuity and planetary hope inspired by one of this century’s biggest ideas: cell-based meat.

Meat the Future is a timely character-driven documentary that focuses largely on one individual, Mayo Clinic-trained cardiologist Dr. Uma Valeti, the co-founder and CEO of start-up company Memphis Meats. Valeti and his team are at the forefront of an industry, they have attracted worldwide interest and investment from the likes of billionaire influencers Bill Gates and Richard Branson and from food giant corporations Tyson and Cargill, and others.

Animal agriculture dominates nearly half of the world’s land surface, producing more greenhouse gases than all forms of transportation. The prospect of meat consumption doubling by 2050 is not only sobering, it is a wake-up call for solutions. Compared to conventionally-produced beef, cell-based beef is estimated, at scale, to reduce land use by more than 95%, climate change emissions by 74% to 87%, and nutrient pollution by 94%.

While plant-based eating is on the rise, a mass conversion to vegetarianism is unlikely. So, the planet’s future may lie with cell-based meat, also known as “clean meat” and “cultivated meat”, a scientific process of growing animal cells to harvest real poultry, beef, pork, fish and seafood.

Filmed exclusively between 2016 and 2019, Meat the Future follows the genesis phase of the clean meat movement in America, behind the scenes with its pioneers – they are activists, scientists, researchers, marketers and policy experts, all focused on the goal of an ethical, sustainable and profitable food future.

London-based MetFilm Sales, run by ex-Dogwoof exec Vesna Cudic, acquired the world sales rights (ex. Canada) when Meat The Future had its world premiere at Hot Docs this past spring.

Chronicling the birth of an industry, Meat the Future is a close-up and personal look at the visionaries who are risking everything to innovate and produce real meat without slaughtering animals and without environmental destruction. It could also prevent zoonotic foodborne disease and the next health pandemic.

On the food regulatory side, Meat the Future witnesses the story out of Washington, D.C. There, ranchers, farmers, and conventional meat lobby groups fight to protect their recognized brand of meat and beef “harvested in the traditional manner,” while representatives from the cellular agricultural community work to define a clear regulatory framework, urging America to be first to market.

And there are salivating moments as well, as top-ranked chefs perform their magic on the meat-of-the-future.

“What the future holds for cell-based meat is unclear,” says director Marshall, “but I believe its revolutionary promise and historic journey into the world will stand the test of time.”

Produced in association with documentary Channel, the Canada Media Fund and
the Redford Center Grants with funding provided by the New York Community Trust.
Produced with the participation of the Rogers Cable Network Fund.