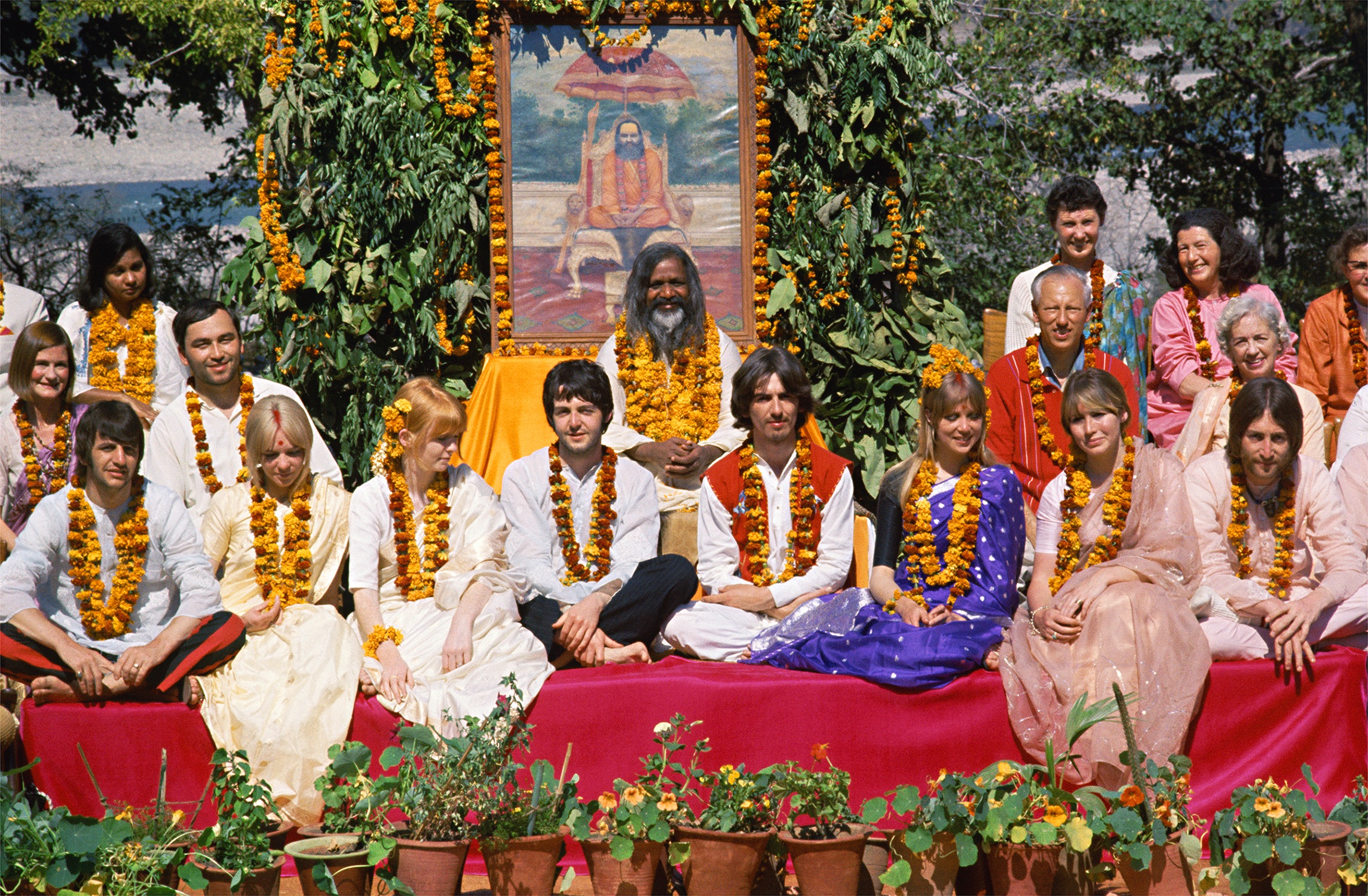 Canadian Paul Saltzman – who once sought enlightenment at the Maharishi’s ashram- relives his magical mystery tour in his personal documentary, Meeting The Beatles in India, now screening and streaming across Canada.

In February 1968, when he was 24, Canadian producer Paul Saltzman was at a crossroads. By his own account, his soul had begun literally talking to him about his inner self and his purpose in life. And the path to that goal ran through India.

A man with a purpose will accept no obstacles. Lying about being a sound technician, he found his way onto a National Film Board crew that was filming in India. Once there, he made his way north of Delhi to the ashram of the celebrity guru Maharishi Mahesh Yogi.

There, in Rishikesh, he was welcomed – but only in a limited fashion because of the presence on the grounds of some world-famous followers named John, Paul, George and Ringo. Confined to a guest house where he received introductory training in Transcendental Meditation, Saltzman was finally allowed, after eight days, to join the other acolytes.

Meeting The Beatles in India is about Saltzman’s week seeking inner peace with his famous fellow novitiates. Besides the Beatles, their wives and girlfriends, there were other celebrities, including the Scottish folk-singer Donovan, Mike Love of The Beach Boys and actress Mia Farrow. And Saltzman caught much of the candid interaction with four cameras and a hand-held home movie cam lent to him by Ringo Starr.
And then he came home, and tossed the priceless footage in boxes, where it sat for decades, before Saltzman’s daughter Devyani urged him to release them to the world.

He’d thought the footage to be material objects, immaterial to his beliefs. What had mattered to him was that, “the Maharishi and the Beatles had helped me wake up my ability to love.”

Narrated by Morgan Freeman, Meeting The Beatles in India sees Saltzman retrace his tracks and retell his stories, through his archival footage, illustrations and the memories of some who were there (including legendary journalist Lewis Lapham, who’d been assigned to follow the Beatles on their voyage). Insights are also contributed by executive producer and TM practitioner David Lynch, Oscar-nominated soundtrack composer Laurence Rosenthal and Indian musicians Hariprasad Chaurasia and Suresh Bhojwani.

Saltzman’s journey takes him from The Beatles Story museum in Liverpool, to Mumbai (where George Harrison recorded The Inner Light), north to Rishikesh, where his long-ago moments of serenity still resonated. We re-experience his anecdote of closing his eyes while Harrison, a student of Ravi Shankar, played for him on the sitar at length. He is counselled by John Lennon on the then-recent heartbreak that had spurred Saltzman to Rishikesh. (“Y’know Paul, the really great thing about love is you always get another chance.”).

Meeting The Beatles in India even sees Saltzman take a side-trip to Hawaii to locate Rikki Cooke – a.k.a. Bungalow Bill, an American who’d horrified the ashram by killing a tiger during his stay. (The Continuing Story of Bungalow Bill was one of at least 30 songs the Beatles wrote during their stay at the ashram including Dear Prudence and Back in the USSR. Saltzman sat with Lennon and McCartney as they noodled Ob-La-Di, Ob-La-Da.)

“I could not have imagined how my own personal life would change when my daughter reminded me of my long-forgotten photographs from India,” Saltzman says.

“I still loved the Beatles, not just for their music and the joy and love they transmitted, encouraged and heralded, but also as four very human, real guys I had the good fortune to meet and like and enjoy. Most of all, I am deeply grateful to John, Paul, George, and Ringo for inspiring me to change my life by opening that door in my psyche.”

About KINOSMITH
KinoSmith Inc. provides full distribution for independent projects made for theatrical, home video, broadcast and new media exhibition in Canada. Beyond from offering traditional distribution services, KinoSmith also provides an alternative option for filmmakers via service contracts. These services include (but are not limited to) navigating the film’s release, preparation and execution of detailed marketing plans, revenue projections, media buys, design and creation of marketing materials, targeted domestic promotions and publicity.