Menemsha Films presents the most talked about film of the year, 1945, directed by Ferenc Török. Opens in Toronto, Aug 24 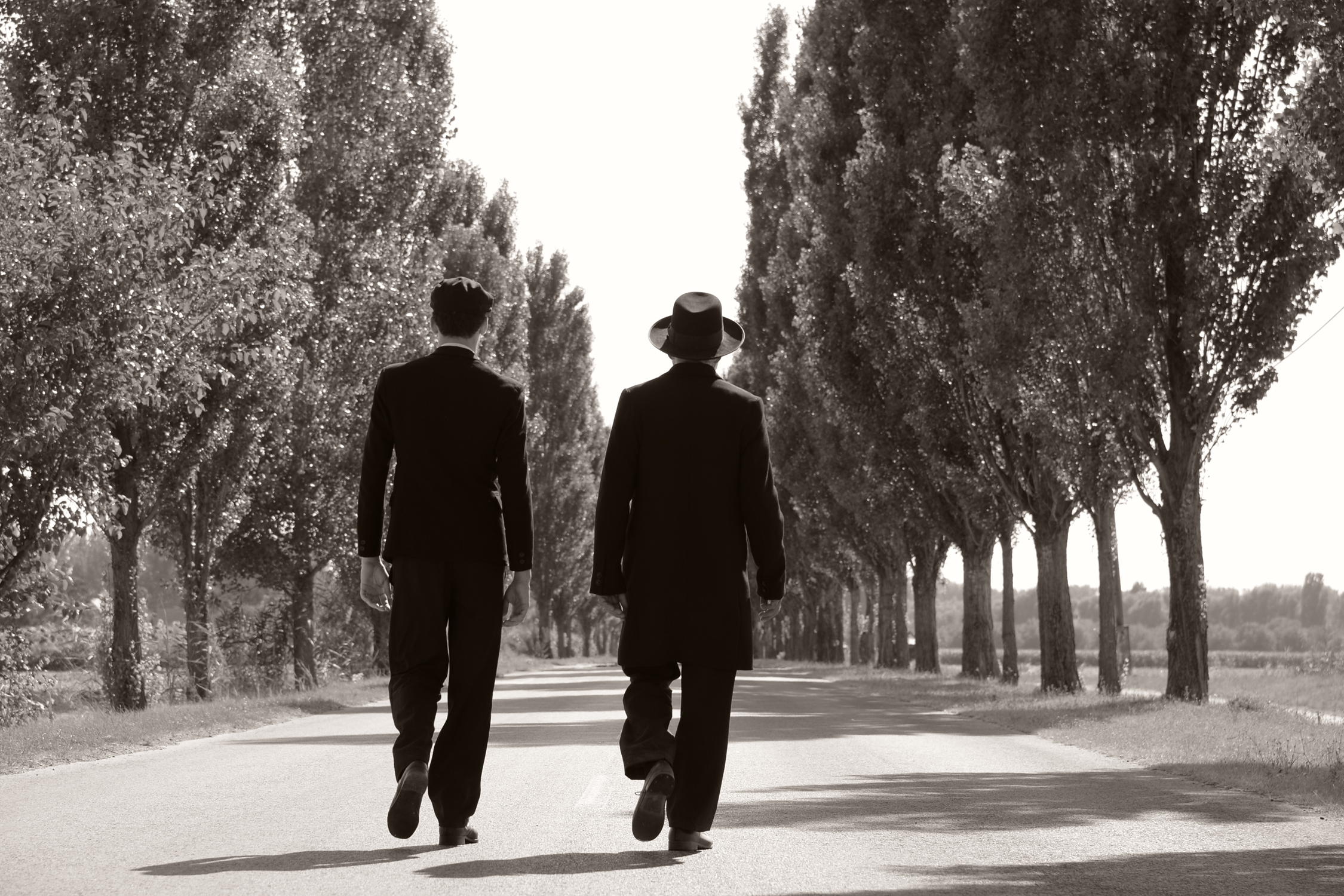 On a summer day in 1945, an Orthodox man and his grown son return to a village in Hungary while the villagers prepare for the wedding of the town clerk’s son. The townspeople – suspicious, remorseful, fearful, and cunning – expect the worst and behave accordingly. The town clerk fears the men may be heirs of the village’s deported Jews and expects them to demand their illegally acquired property back.

Director Ferenc Török paints a complex picture of a society trying to come to terms with the recent horrors they’ve experienced, perpetrated, or just tolerated for personal gain.

“I’ve been interested in this topic for 10 years now, ever since I read Gábor T. Szántó’s short story,” says director Török. “I was really interested in the time just after the war and just before the introduction of nationalization and Communism, when for a moment

there was an inkling of the possibility of democratic transition. Things could even have taken a turn for the better. Fascism was over but Communism had not yet begun; we tried to capture the atmosphere of those few years in this film.

“This is a period in Hungarian history that is not overly represented either in literature or in film,” continues Török, “instead, people focus on the Second World War itself or on the dictatorship of the 1950s, with these few intermediate years earlier. I wanted to present a social tableau that would portray life in Hungary just after the war.”

1945 was the opening night film of the Toronto Jewish Film Festival back in May, and more recently the film won yet another award, Best Foreign Film, at Michael Moore’s Traverse City Film Festival.

Neil Friedman is the founder and President of Menemsha Films started in 1998. Menemsha Films is a U.S.-based distribution and international sales company. Menemsha set a record by representing five Academy Award nominees, five years in a row: Divided We Fall (Czech Republic), Son of the Bride (Argentina), Zelary (Czech Republic), Prisoner of Paradise (Canada), and Story of the Weeping Camel (Germany). Neil possesses an incomparable talent for unearthing the undiscovered masterpieces.