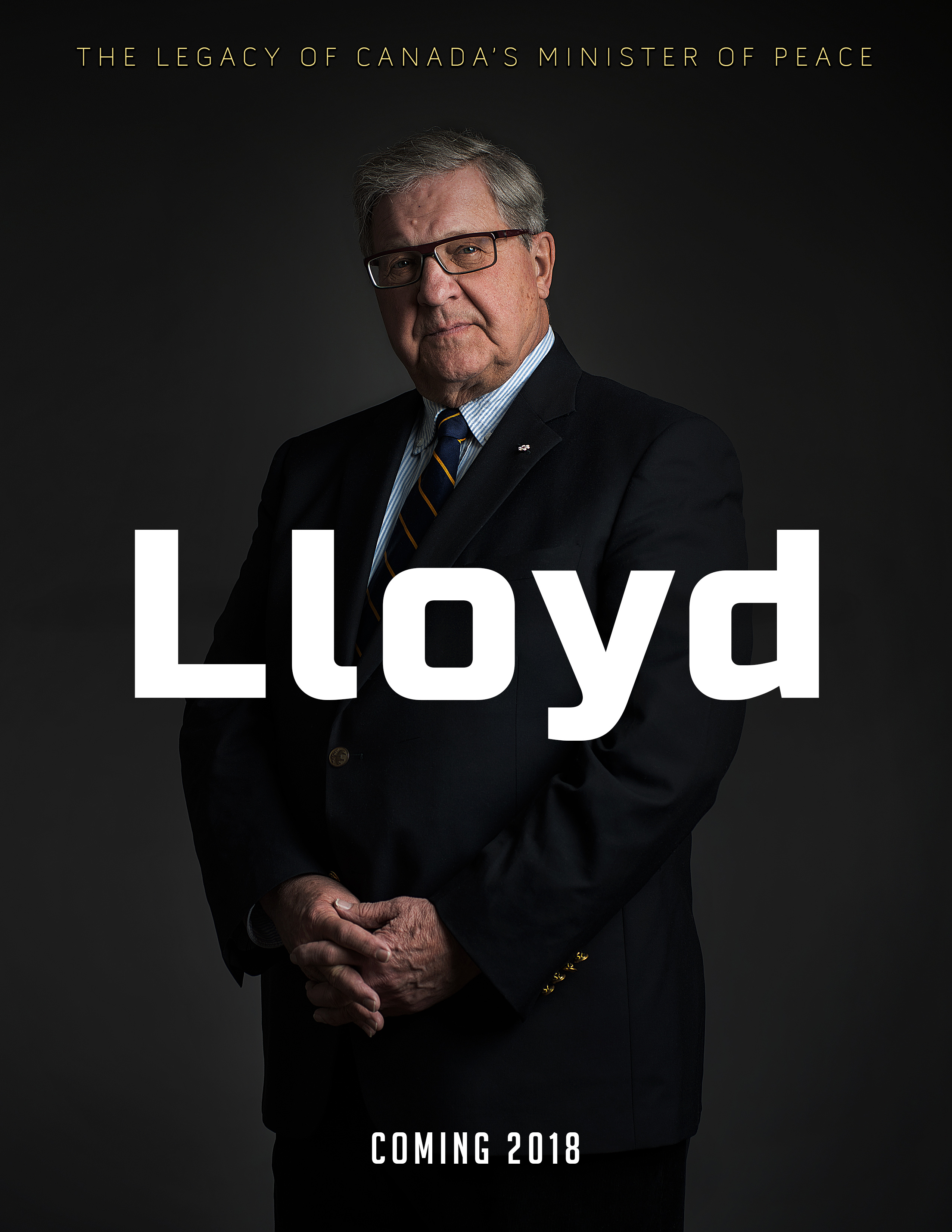 The Much-Talked About Documentary LLOYD Goes To Camera April 20.

Arguably one of Canada’s greatest statesmen, Dr Lloyd Axworthy’s work in Canada and on the international stage directly affected the lives of millions of marginalized and vulnerable people throughout the world and once redefined Canada’s role and engagement with the world.

Film to be finished Late Spring 2018

Dr. Lloyd Norman Axworthy spent three decades in the trenches of Canadian politics and came up the ranks as a key cabinet minister for Prime Minister Pierre Trudeau. But it was years later, during his posting as Canada’s Minister of Foreign Affairs under Prime Minister Jean Chretien, that Axworthy’s leadership would impart its greatest impact on Canada’s reputation and engagement with the world.

Following in the footsteps of his mentor Lester B. Pearson, Axworthy approached Canada’s role in the world as proponent for justice and agent of peace. He believed that Canada had a unique opportunity to position itself as a catalyst for international policy initiatives that could protect the most vulnerable as a means of creating a safer and more stable world.

In his role as foreign minister Axworthy adopted the advancement of the “human security concept” as a banner for Canadian foreign policy and argued that Canada should adhere to a policy of “soft power” as a means of advancing its interests in the world. It was a strategic decision that did not come without controversy.

Of Axworthy’s greatest accomplishments was his work on the Ottawa Treaty – a landmark global treaty banning anti-personnel landmines. But he would also play a pivotal role in establishing the International Criminal Court, the Protocol on Child Soldiers, and R2P – the Right to Protect. As president of the University of Winnipeg, Axworthy was celebrated for his efforts to make post-secondary education more accessible to Canada’s First Nations people, refugees, and inner city youth. Today Axworthy continues to work on issues relating to education, refugees and human rights.

This film shines light on Axworthy’s legacy. It serves a warning that reminds us what is at stake when short-term preoccupation with security overrides Canada’s greater opportunity to play a leading role as an architect of global peace.

A meditation on Canadian identity, this film challenges Canadians to re-examine our core values and illuminates what sets us apart from the United States and the rest of the world.

Former US Secretary of State The Honorable Madeleine Albright

Former Secretary-General of the UN His Excellency Kofi Annan

Her Majesty Queen Noor of Jordan

NEVER SAW IT COMING, a Gail Harvey film, based on a Linwood Barclay best-selling book