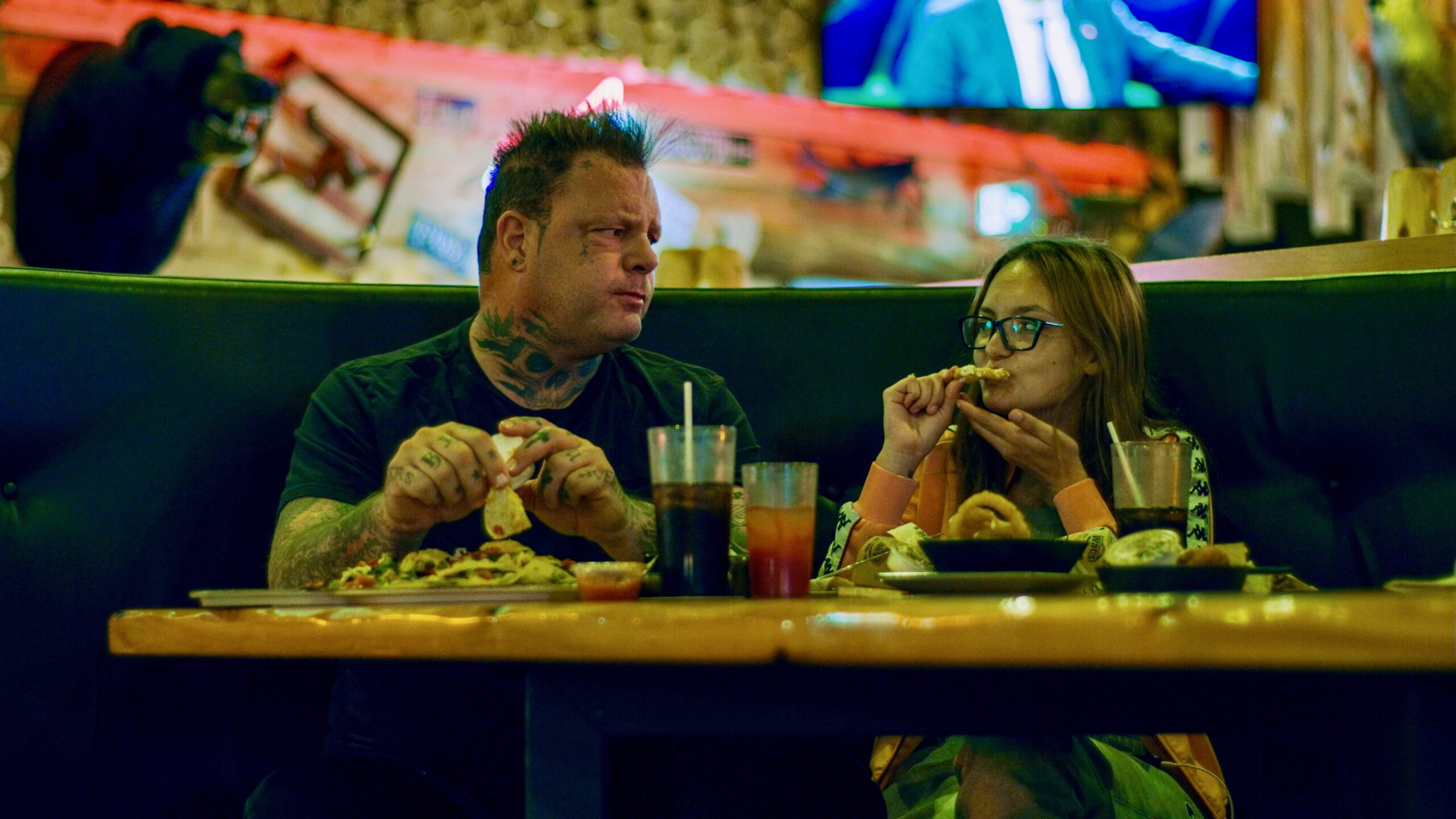 NAIL IN THE COFFIN: THE FALL AND RISE OF VAMPIRO
A Film By Michael Paszt

Semi-retired professional wrestler Ian Hodgkinson reveals the harsh realities behind the glamour of the big wide world of wrestling and the price of fame as the infamous ‘Vampiro’.

A Lucha Libre legend, Hodgkinson tells the astonishing story about his meteoric rise to fame in the 90’s and how it almost killed him. Yet none of that was as back-breaking as his current life – working behind-the-scenes as the Director of Talent for Lucha Libre AAA in Mexico City and Lucha Underground in Los Angeles, while simultaneously raising his teenage daughter Dasha in remote Northern Canada as a single parent.

Unlike many professional wrestling documentaries before, director Michael Paszt has constructed a fascinating and heartfelt look at a wrestler who has overcome and continues to battle with physical injuries, sexual abuse, and drug addiction. Not to mention the wild stories of working for Milli Vanilli, and wrestling alongside the punk rock band The Misfits – Vampiro’s stories are multi- faceted and completely enthralling.

Told through an engrossing collection of home videos and personal interviews with his closest friends and family, NAIL IN THE COFFIN is an intimate and genuine look into a single father grappling with fame, the pressures of professional and personal responsibilities, and his own mortality.

NAIL IN THE COFFIN celebrated its world premiere at Fantastic Fest in 2019 and recently came off a blockbuster whirlwind US launch through Epic Pictures, the US Distributor, with an unprecedented amount of rave reviews. The film is coming home to Canada now, to be released by Raven Banner Releasing, and will debut on all all major VOD platforms: Rogers, Telus, Shaw, Bell, as well on iTunes Apple TV. It all starts October 6, 2020.

“I think a lot of people go in thinking this is just another wrestling doc,” says director Michael Paszt, “but I wanted to focus on a fathers love for his daughter. Wrestling is the back-drop yet the overall theme is family. What intrigued me so much was the length this guy goes through to provide for his daughter Dasha. The fact that Vampiro lives in Thunder Bay and literally commutes on a weekly basis to Mexico City to work the wrestling events and then flies back home Sunday night to make sure Dasha is ready for school Monday morning blew my mind.

“I’m so excited to bring my film back home to Canada,” continues Paszt, “to finally show all the fans, friends and family the heart and passion that is Vampiro.”

About Michael Paszt
Michael Paszt is one of the most respected names in the arena of independent film. A Managing Partner at Raven Banner Entertainment, Michael has focused on building a brand that represents unique genre driven films including Autopsy of Jane Doe, Climax, and Tigers Are Not Afraid. Michael has also Executive Produced over 30 feature films including (PG) Psycho Goreman and the Sundance hit, Turbo Kid. Michael originally began his career as a MMVA nominated director on music videos working mostly with metal bands such as Anvil. His short film Battle Chess had its world premiere at Toronto After Dark and played over 30 films festivals worldwide. Nail in the Coffin: The Fall and Rise of Vampiro is his feature debut.