NEVER SAW IT COMING, a Gail Harvey film, based on a Linwood Barclay best-selling book 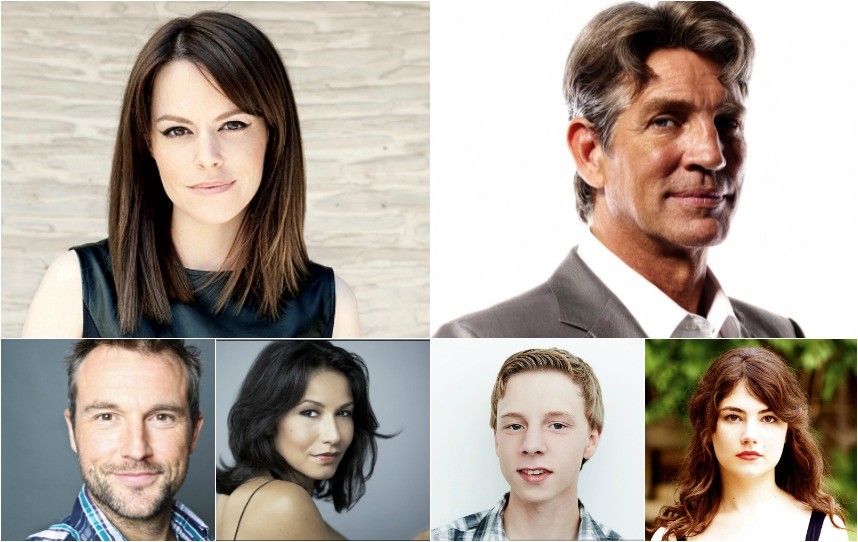 Cameras are now rolling in Sudbury on Gail Harvey’s new film Never Saw It Coming, based on a best-selling book by acclaimed author Linwood Barclay, who also wrote the screenplay.

Never Saw It Coming is a fast-paced thriller film noir. Keisha Ceylon (played by EMILY HAMPSHIRE) is a psychic. At least, that’s what she passes herself off as. Her real powers have more to do with separating troubled families from their money than actually seeing into the netherworld. When Keisha targets the family of the missing Ellie Garfield (played by DIANE D’AQUILA) she becomes entangled in the dark secrets of Ellis’s husband Wendell Garfield (played by ERIC ROBERTS) and his daughter Melissa (played by KATIE BOLAND).

“Linwood and I worked very closely on the script,” says director Harvey, “and because the characters are so well-defined, we feel this is why we have been able to interest such a great cast.”

“It has long been a dream of mine to produce a film alongside one of Canada’s most treasured and successful Canadian Directors, Gail Harvey,” says Producer Cordoni. “Linwood Barclay has created a world filled with fast paced intrigue and characters that jump off the page. They will no doubt be brought to a memorable life on the big screen by our talented actors.”

The plan is for a completion on Never Saw It Coming by late summer, in time for fall festivals.

Never Saw It Coming was made with the financial support of Telefilm Canada, the Northern Ontario Heritage Fund, Prodigy Pictures, Rolling Pictures and the Federal and Provincial tax credits.