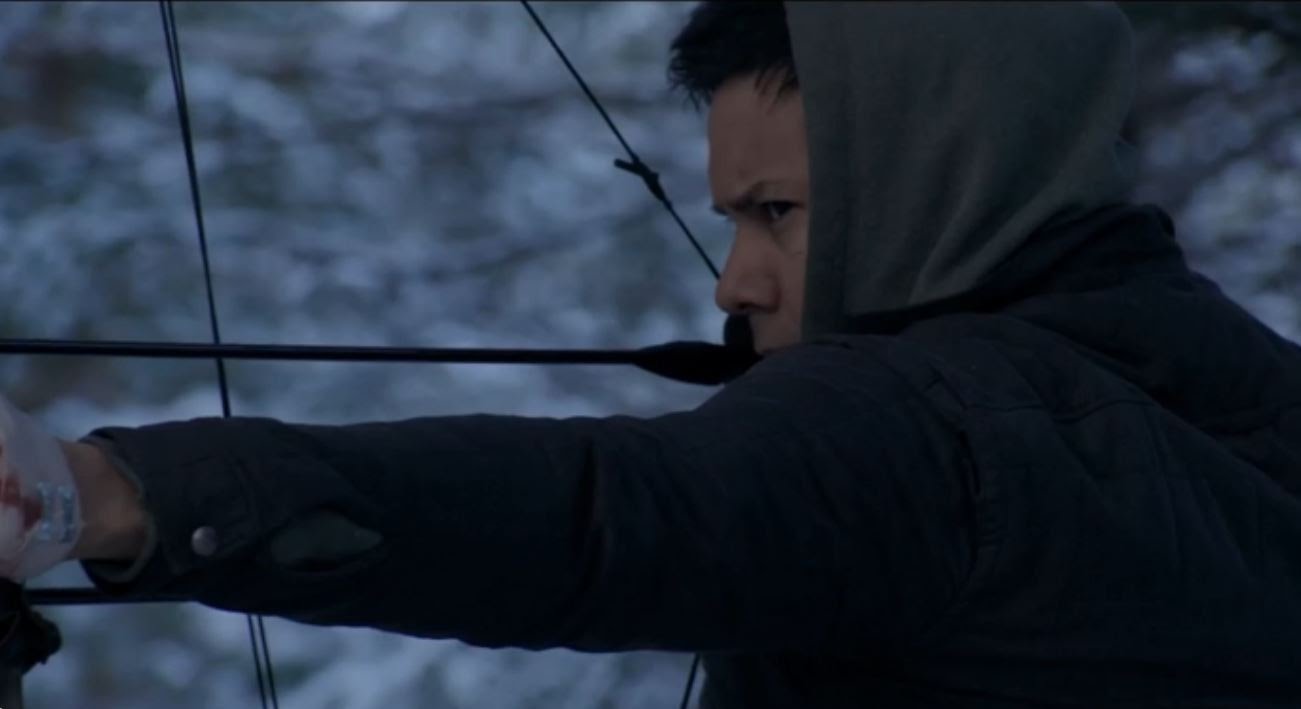 A Film by Bretten Hannam

After a wildly successful festival run and racking up multiple awards, including the Screen Nova Scotia Award for Best Feature Film, North Mountain is returning to Toronto for a week-long engagement at The Carlton Cinema, beginning on June 29.

Wolf, a young Mi’kmaw hunter, spends his days hunting and trapping on the isolated North Mountain. His simple routine is disturbed when he discovers Crane, a wounded ex-con on the run from the law. Wolf nurses Crane back to health, and an intimate bond forms between them. The arrival of a dirty cop from Crane’s past sets into motion a series of dark events that tests their relationship and changes their lives forever.

North Mountain is a Two-Spirit thriller that is centered around an inter-generational romance between two Mi’kmaq men who are connected in an unconventional way, and bound by fate to face death.

North Mountain is the directorial feature debut from Bretten Hannam, a Nova Scotia filmmaker of Mi’kmaw, Ojibwe, and Scottish ancestry. He is a Fellow of the Praxis Centre for Screenwriters, Outfest Screenwriting Lab, as well as an alumnus of the Canadian Film Centre’s Screenwriting Lab.