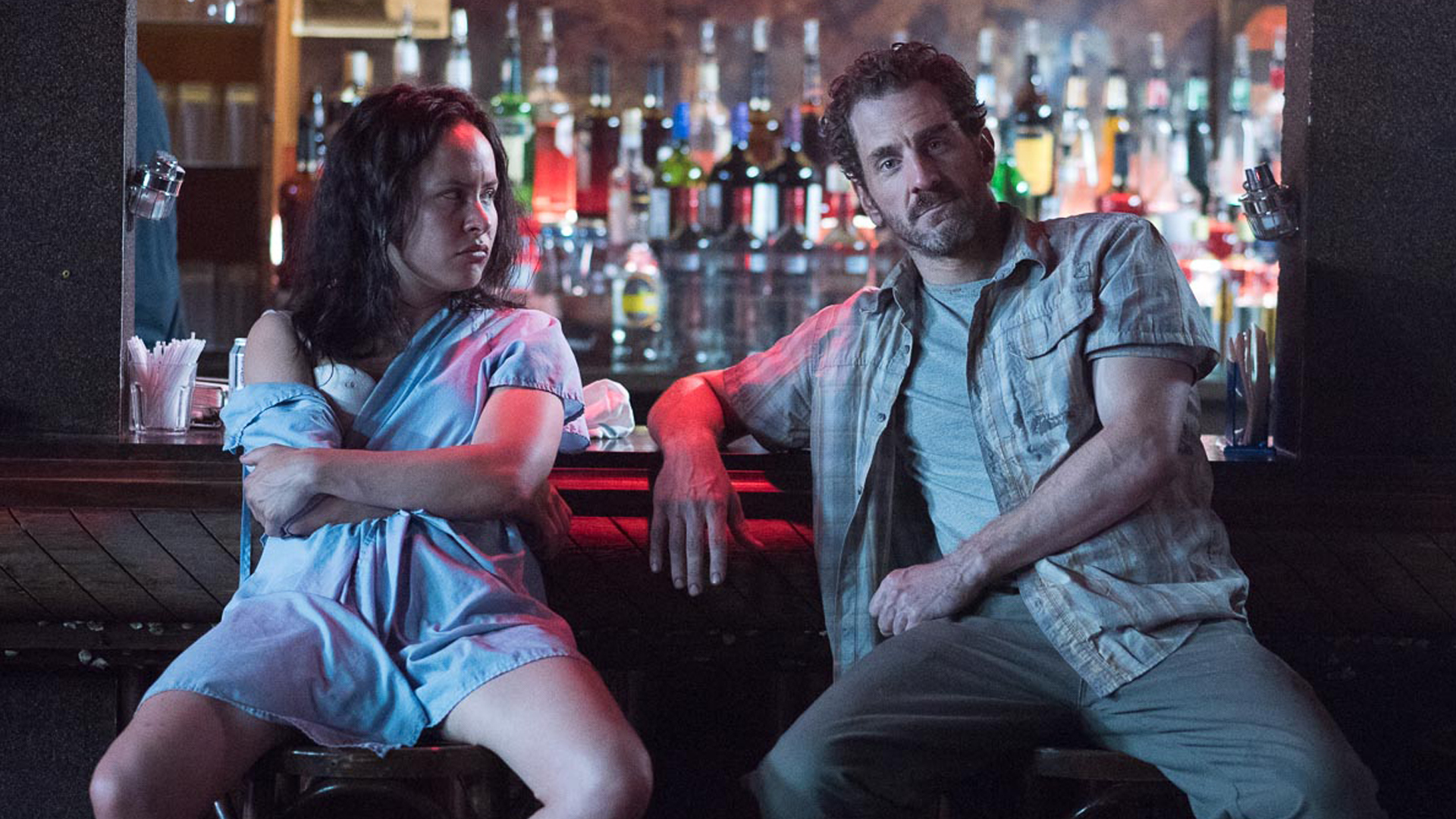 The Go-Getters
Directed by Jeremy LaLonde

Toronto – Carlton Cinemas
Director Jeremy LaLonde, and Actor Tommie-Amber Pirie will be on hand at the Carlton Cinema in Toronto, opening weekend to do a post Q+A on the Friday and Saturday screenings.

Owen (Aaron Abrams) is a social non-starter, jobless, homeless, reduced to sleeping on a mattress in the boiler room of his disgruntled brother Kevin’s bar, and down to his last five dollars.

One day, while smoking the remnants of a cigarette he picked up off the street, he meets Lacie (Tommie-Amber Pirie), a hooker still wearing the hospital gown she was given when she was treated for a drug overdose.

Oh, and the five dollars? Owen stole it from Lacie’s bra when he discovered her comatose and drooling in the bar washroom.

The Go-Getters follows the F-bomb dropping couple as they argue their way through schemes to get out of town and take over the house in Brockville currently occupied by Lacie’s grandmother. Their plan is to raise the $98 in bus-fare whether they have to beg, borrow or steal (but mainly steal).

“Our writers, Aaron Abrams and Brendan Gall, first started writing this as a pissing contest to see who could make the other laugh the hardest,” says director LaLonde. “After years of people loving it but saying the project was too risky, it was passed along to producer Jordan Walker, who loves edgy material, and he passed it along to me. It was always written for Aaron to star, and we were lucky to get Tommie-Amber Pirie, who brought her cuss-filled A-game every day.”

“And after all the worry about the risk, it got the best test screening results of any of our films.“

“The central message is that life is tough and it can punch you in the face. But you can’t stop trying. The world belongs to the go-getters.”

The Go-Getters is distributed in Canada by Northern Banner Releasing, and will be available on digital December 25. Merry Christmas!