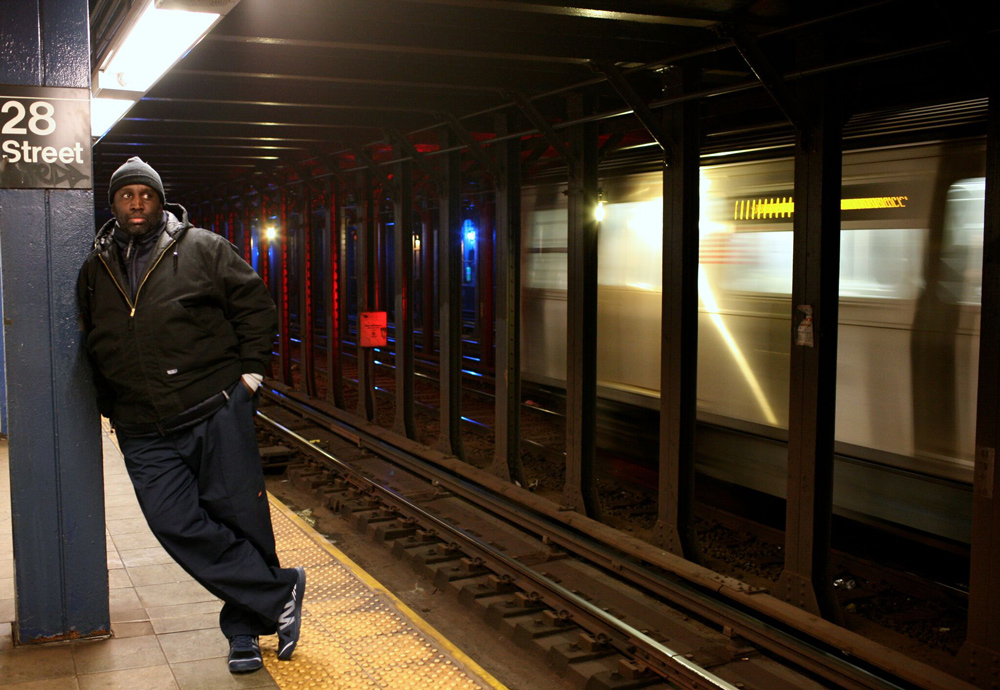 Off the Rails
Profiles Darius McCollum, a man with Asperger’s imprisoned for his obsession with NYC transit system

In person in Toronto from October 1 – 13

Before that by phone or skype

“An absolute must see. . . as high a recommendation as I can give.”—Unseen Films

Arguably the best-trained driver New York City’s Metropolitan Transportation Authority (MTA) ever had, Darius McCollum has spent nearly half his life in jail for the crime of driving buses and trains.

The problem: McCollum was never an MTA employee. He was taught the ins and outs of the subway system from childhood by transit workers who adopted him as a “mascot.” By age 8, he memorized the entire subway system. And then a life-devouring obsession born of undiagnosed Asperger’s syndrome took over.

Adam Irving’s debut feature documentary Off the Rails is a fascinating, frustrating and heart-breaking story; A profile of a man seemingly born for one thing—and of a legal system that seems only able to deal with its problems with a hammer.

A self-proclaimed “community servant,” McCollum has been incarcerated some 30 times for the impersonation of MTA employees—driving New York trains and commuter buses, collecting fares, repairing tracks, assisting passengers during service shut-downs, and even fighting for better working conditions and higher wages for a transit union he didn’t belong to.

His story is the stuff of media legend. Irving traces McCollum’s steps with scrupulous archival footage and re-enactments including his first arrest at 15 (after a driver handed him the controls of a subway train so he could pay a visit to his girlfriend). The filmmaker reveals a happy home-life and a violent schoolroom trauma that may have forever altered the young boy’s ability to relate to the world.

But beyond the story of one man’s unique obsession, Off the Rails is an indictment of a legal system seemingly bent on incarceration over treatment. It’s the story of a non-violent man with a mental-health pathology, who may end up dying in jail for want of help.

“With the entire criminal justice system lined up against him, Darius effectively chose to sacrifice his life to this obsession,” Irving says. “If there’s one thing that drew me to his story, that was it.

“Is there anyone else who would give up 20 years in prison to do something that most people would find completely mundane? Driving a bus? Collecting a subway fare? It’s absurd and tragic.”

Experts, advocates and relatives contribute to the picture of McCollum as the quintessential square peg in a round world, unable to channel his passion and skill into a fulfilling career and meaningful life.