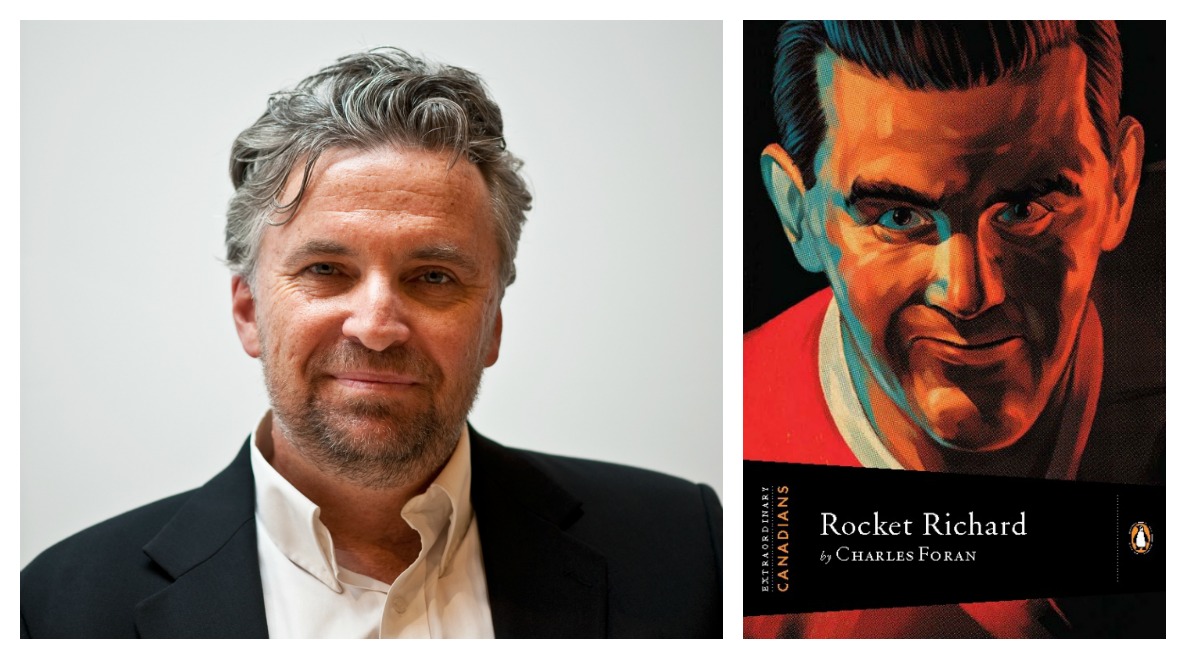 Biographies with a point of view, Extraordinary Canadians is an innovative series providing a personal take on the lives of eminent Canadians from the perspective of celebrated writers who have themselves shaped contemporary thinking. Produced by PMA Productions, the series is adapted from the best-selling Penguin Random House Canada book series of the same name, edited by John Ralston Saul.

August 18 – 8:30pm ET: CHARLES FORAN ON MAURICE RICHARD
Few athletes, even great ones, transcend their sport. Maurice Richard is one of them. Though uninterested in politics, he becomes a political figure who was instrumental in the reinvention of Quebec as a more modern and secular society.  Though author Charles Foran has lived all over the world, he was reared on the Montreal Canadiens and his time in Montreal only deepened his fascination for an eternal icon of the city: Maurice “Rocket” Richard.

“This remarkable series has been a decade in the making – from the first seed of the idea to now,” says Kenneth Hirsch, Producer, PMA Productions. “There has been nothing quite like it before – a collection of biographies conceived simultaneously for books, television, print, and digital media. It has been an incredible experience teaming up with Random House Penguin, John Ralston Saul, Canada’s best writers and the country’s most creative filmmakers to craft an innovative television series that will remain relevant for years to come. I am thrilled to present more episodes of this dramatic and engaging take on our recent history, to Canadians across the country.”

Unique among television biography series, Extraordinary Canadians captures the relationship between writer and subject that lies at the heart of the biography process, and probes the distinctive link between the two.  Each episode presents insights into the lives of both biographer and subject, as each writer chronicles the life of a great Canadian from whom they have themselves drawn inspiration.

Headquartered in Montreal, Canada, PMA Productions Inc. was founded in 2004 by Kenneth Hirsch, and has since gained an international reputation for the production of prestigious film, television, and digital media content. An independent company, PMA Productions works with Canada’s most talented creators to produce entertaining and provocative programming for audiences in Canada and abroad. Its programs have aired around the world, in multiple languages, on CBC/Radio-Canada, Discovery Television, PBS, ZDF, Channel 4, TV5, Canal D, Explora, City TV, the Biography Channel, and iTunes. PMA has its first scripted series, 21 Thunder, an 8×1-hour serial drama for television, which debuts this summer on CBC and will be made available internationally through Content, a Kew Media Company.