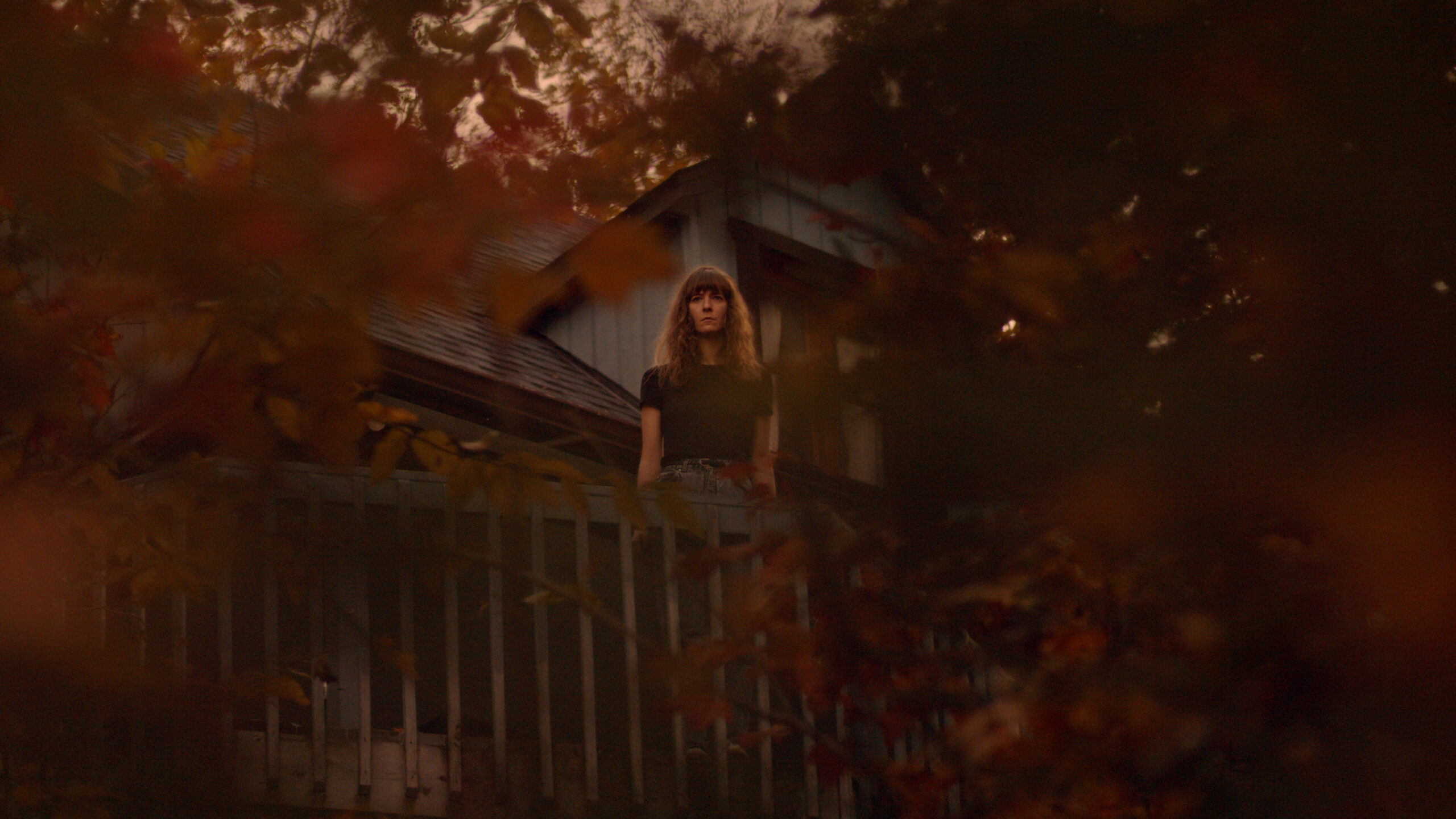 Madeleine Sims-Fewer and Dusty Mancinelli are available for interviews

Secrets, carnality, violence, revenge and the merciless spell of the natural world all hover over an ostensibly carefree family get-together in VIOLATION, releasing across Canada beginning March 19 in Toronto.

This audacious debut feature from writer-producer-directors Madeleine Sims-Fewer and Dusty Mancinelli, is also foregrounded by an uncompromising lead performance by Sims-Fewer herself. A mesmerizing star-turn, paralleled by her ingenuity as a filmmaker, makes this Canadian a quadruple threat.

Sims-Fewer was one of 2020’s four TIFF Rising Stars and the film is coming off a jam- packed festival run that started with their world premiere at TIFF last year and bowing recently in the US at Sundance. Next up, and just announced, VIOLATION will be screening at SXSW starting March 16. More recently VIOLATION was honoured with 3 nominations from the Vancouver Film Critics Circle; Best Picture, Best Director, Best Actor-Female. And Jesse LaVercomb just received an Outstanding Performance – Male nomination from ACTRA for his role as Dylan in VIOLATION.

VIOLATION is a chilling and gruesome portrait of trust, loyalty, and sibling rivalry that pulls the audience through a dark vortex into a PTSD memory smash and untangles a sticky web of trauma and resentment.

In a film that transports itself seamlessly between recent past and present, the audience first meets Miriam (Sims-Fewer) and her partner Caleb (Obi Abili) as they drive to the rustic lakeside cottage property owned by Dylan (Jesse LaVercombe), who is married to Miriam’s sister Greta (Anna Maguire).

A sibling relationship that is outwardly loving and bonded by a shared British upbringing, soon reveals unspoken fractures, and bottled-up resentments that play out in the course of a profoundly troubled weekend.

Meanwhile, Dylan, the almost aggressively understanding and helpful brother-in-law, has another side that lies not far beneath the surface.

Shot using all-natural light, a la Terrence Malick’s Days of Heaven, and with a plot and style that evokes Lars von Trier’s Antichrist, VIOLATION seeks to push forward the aesthetic of anti-artifice that began to assert itself at the beginning of the 21st Century. Its mood is dictated by its natural environment, and by the all-too-human motivations of its characters, unhindered by civilization and the presence of others.

And all around in the wild, we see living metaphors in the familiar dance of predator and prey.

“We are massive fans of revenge films, but were interested in flipping the genre on its head,” says Mancinelli, “exploring the brutality of revenge from an unflinchingly human perspective.”

“Although the film is violent and explicit,” adds Sims-Fewer, “at its heart it’s a character study about sisters, and the complicated nature of trauma.”

“Halfway through my first watch of VIOLATION, I was so impressed by its craft and so rattled by its thousand-yard-stare into human cruelty that I knew its shocking trajectory would gobsmack the Midnight audience”, says TIFF’s Midnight Madness Programmer Peter Kuplowsky. “And whether they’re rapt or repelled by the film, I expect audiences and industry alike will recognize Madeleine and Dusty as major talents.”

VIOLATION was produced with the participation of Telefilm Canada and the Talent Fund, Canada Council for the Arts, and the Ontario Arts Council. It is being distributed in Canada through Pacific Northwest Pictures (PNP).

Madeleine Sims-Fewer and Dusty Mancinelli met at the TIFF Talent Lab and quickly joined forces as a filmmaking duo. Their first collaboration was the short film Slap Happy, which screened at BFI London Film Festival, Vancouver International Film Festival and Slamdance, among others. Their next short, Woman in Stall, won the Jury Award for Narrative Student Short at the Austin Film Festival, and the Narrative Shorts Grand Jury Prize at Slamdance. Their latest short, Chubby, had its world premiere at the Telluride Film Festival and won the Silver Dragon award for best director at the Krakow Film Festival. VIOLATION is their debut feature, which had its world premiere at the Toronto International Film Festival.

Launched in 2010, Pacific Northwest Pictures (www.pnwpictures.com) is a leading Canadian entertainment company specializing in the development, financing, production and distribution of feature films for the domestic and international marketplace. With an emphasis on high quality films from leading filmmakers in diverse genres, PNP brings those films to consumers with innovative forms of marketing and distribution across all distribution platforms.