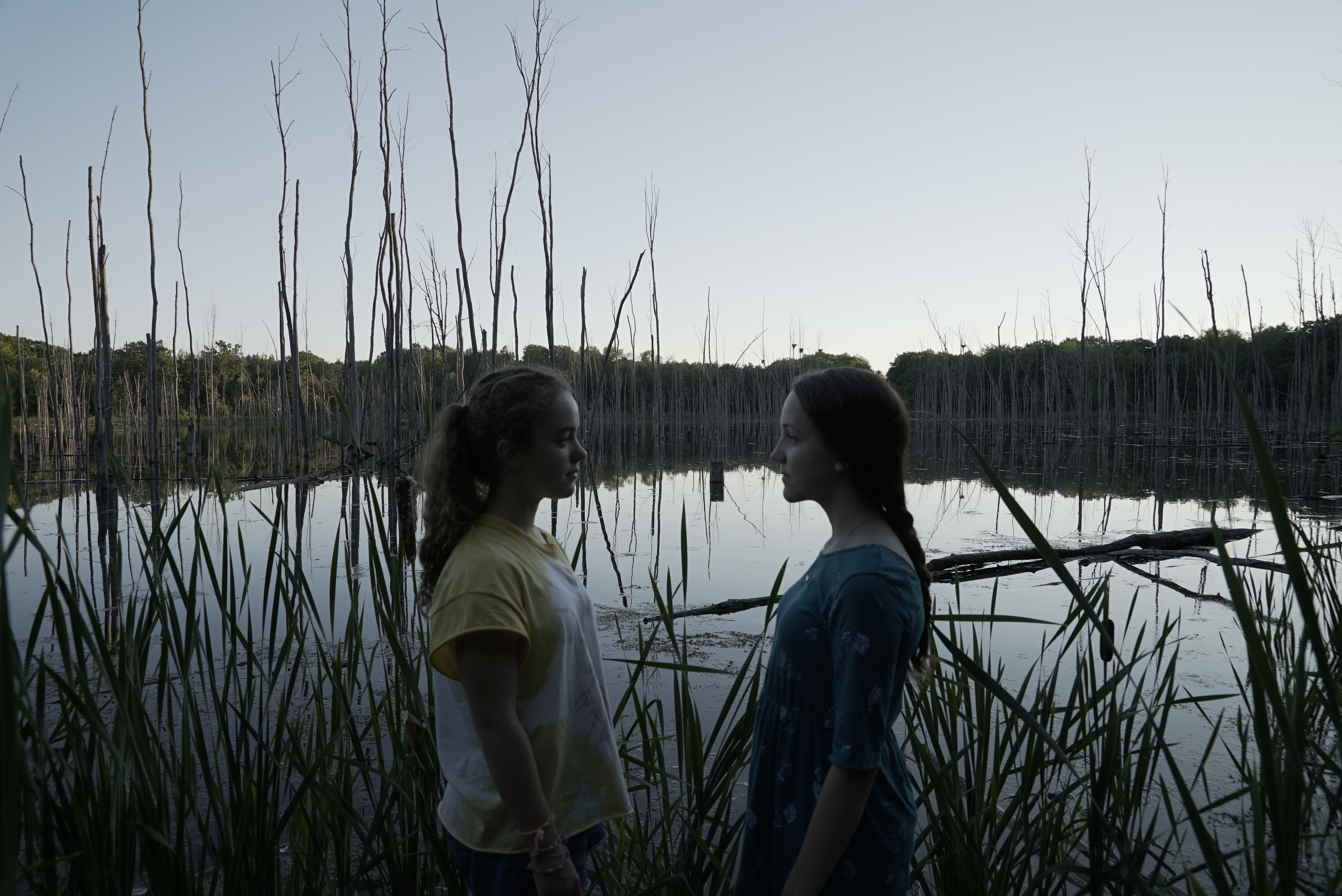 An intimate and intense friendship between two girls changes lives in this bittersweet summer story.

In Ingrid Veninger’s Porcupine Lake, Thirteen-year-old Bea (Charlotte Salisbury) is on the edge of growing-up, and isn’t sure she likes what she sees, especially with her parents inching ever closer towards a divorce.

The summer starts out boring and lonely, same as it ever was, until she meets the outspoken and boisterous Kate (Lucinda Armstrong Hall).

A spark, a glance, an introduction, and that purest of experiences – “best friend forever” – happens, with an intensity that concerns all the adults around them. But in their own world, the girls share personal secrets, fears, grievances, and daredevil challenges. By the end of the summer, Bea and Kate have irrevocably influenced each other, and the course of their lives has changed in ways they can’t yet foresee.

Inventive and daring, Veninger explores the vulnerability of being thirteen with insight and humour. Through an intimate and authentic portrait of Bea’s awakening into selfhood, this story invites us to imagine a new model for a young girl’s first love story — one told from the inside out.

“It’s a positive and hopeful story about strength and trust and the secret world of girls,” Veninger says about Porcupine Lake. “In light of ever-present intolerances and increasing violence, I wanted to make a film that celebrates love and courage and curiosity.”

“My mother once told me that she felt her life really began when she met her first best friend, and that resonated with me,” she says. “It’s a specific and fleeting window of time between childhood and adolescence when we pull away from our parent(s) and venture to form our own identity, and it can be overwhelming because there are so many messages telling us who we are supposed to be. When I sat down to write Porcupine Lake I was immediately transported to the whirlwind of being thirteen. I wanted this story to be a heart-trip and, as we know, the heart is complicated.”

Porcupine Lake is Veninger’s sixth feature as writer/director – and her first under the aegis of her unique pUNK Films Femmes Lab, which Veninger launched with the goal of having six Canadian women complete six original feature screenplays, within six months (Oscar winner Melissa Leo, a champion and initial contributor to the program, is credited as “foremother” in the film).

The movie developed organically from the filmmaker’s childhood stays in Port Severn and the environs of Georgian Bay. “The landscape is a significant character in the film. I remember roaming around for hours as a kid, getting lost in forests only to discover a lake or an abandoned fort. Those endless summers were both incredibly boring and exhilarating times.”