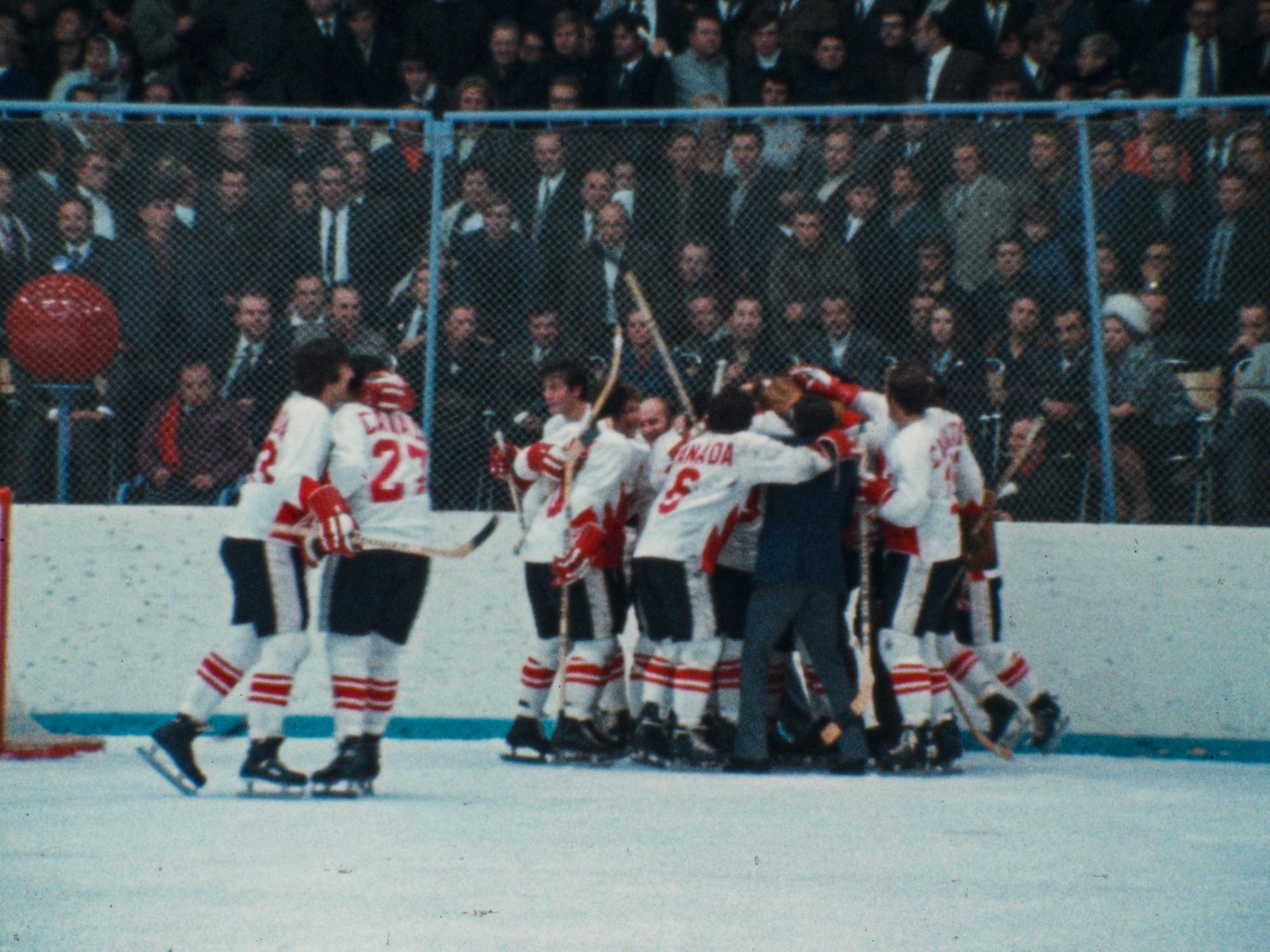 The 1972 Canada-USSR Summit Series of Hockey changed hockey forever, playing out dramas of national identity, pride, politics, and ideology while the world watched, enraptured, during the Cold War.

In anticipation of the 50th anniversary of the series, and given exclusive rights from the 1972 Team Canada players, multiple award-winning filmmaker Nicholas de Pencier will be showrunner, leading an A-list team of writers and directors that include Dave Bidini, Robert MacAskill and Ravi Baichwal to create a 4 x 60-minute documentary series. Commissioned by CBC, SUMMIT 72 (working title), will premiere in fall 2022 on CBC and the free CBC Gem streaming service. As the only documentary series sanctioned and supported by 1972 Team Canada players, SUMMIT 72 will have unrestricted access to the official game tapes and a trove of archival footage.

This timely series will tell the definitive story of the legendary 1972 eight-game ‘Super Summit’ through a modern lens, and explore its legacy and lasting influence on Canadian national identity, framing it against the political and cultural climate of the times in both countries, and around the world. The series will also explore how Canada and its relationship to hockey has changed since then, and what seeds of change were made visible in this clash of cultures. With never-before-seen 16mm archival footage restored in stunning 4k, and exclusive interviews with key players, SUMMIT 72 will bring an unforgettable moment in Canadian history to life on screen as never seen before. Audiences will relive—or experience for the first time—the adrenaline-fueled, edge-of-your-seat drama of one of the most monumental cultural proxy battles of the Cold War and trace its many reverberations in the zeitgeist right up to the present day.

Exclusive interviews with the Team Canada players will be interwoven with voices from Team USSR, contemporary celebrity hockey players, fans, and commentators across Canada and Russia.

“The 72 Summit Series is in our DNA as a nation,” says de Pencier. “It was a life-altering experience for the players and their fans from both sides of the Iron Curtain, that changed the cultural, political, and sports landscapes in ways that no one could have foreseen at the time. It is a story that endures and needs to be told through the prism of the present day to understand what it meant, how it changed hockey, and how it changed Canada. I’m honoured to be working with some of the best creative minds in the country, and that the players have trusted us with their story.”

““History has decided that the Summit Series is the most important moment in hockey history,” says Hockey Hall of Famer Ken Dryden. “To tell the bigness of this story, the 1972 players wanted to work with our best documentary storytellers. Someone who understands it, and can express it, so that everyone can understand it and feel it too. That’s why we’re excited to work with Nick de Pencier and his team.”

“SUMMIT 72 will celebrate and explore the lasting influence of this remarkable moment in hockey history that changed Canada’s national and cultural identity forever, and we look forward to sharing this landmark documentary series with audiences across the country next fall,” said Sally Catto, General Manager, Entertainment, Factual & Sports, CBC.

A French-language version will also be produced with distribution rights managed by Les Films Séville, an eOne company. Additionally, a limited-edition collector’s box set of the series will be released for the 2022 holiday season by Unobstructed View, who will also handle international sales.

Co-founded by media executive Naveen Prasad, Impossible Objects Inc. is a film and television company focused on developing, financing, and producing content across all media. Prasad’s film & TV credits include Executive Producing the first Canadian Netflix Original series BETWEEN, as well as RIVER, which won Best First Feature Film at the 2016 Canadian Screen Awards©.  He also Executive Produced the documentary LONG TIME RUNNING which had a Gala Presentation at the 2017 Toronto International Film Festival.  Prasad also Executive Produced the critically acclaimed VICE TV and Crave Original docuseries DARK SIDE OF THE RING, the CBC original series GOOD PEOPLE, the Crave original feature RAT PARK, the 4-part investigative series WAR CONTINUED for CGTN, and the Critics’ Choice© nominated lifestyle series SHINE TRUE for both FUSE and OUT TV. He is also the Executive Producer of the upcoming feature drama ALL MY PUNY SORROWS which recently had its world premiere as a Special Presentation at the 2021 Toronto International Film Festival.

CBC/Radio-Canada is Canada’s national public broadcaster. Through our mandate to inform, enlighten and entertain, we play a central role in strengthening Canadian culture. As Canada’s trusted news source, we offer a uniquely Canadian perspective on news, current affairs and world affairs. Our distinctively homegrown entertainment programming draws audiences from across the country. Deeply rooted in communities, CBC/Radio-Canada offers diverse content in English, French and eight Indigenous languages. We also deliver content in Spanish, Arabic, Chinese, Punjabi and Tagalog, as well as both official languages, through Radio Canada International (RCI). We are leading the transformation to meet the needs of Canadians in a digital world.