WARNING: Unloved: Huronia’s Forgotten Children contains disrespectful language and outmoded disability labels that do not reflect the views of the filmmakers or participants. 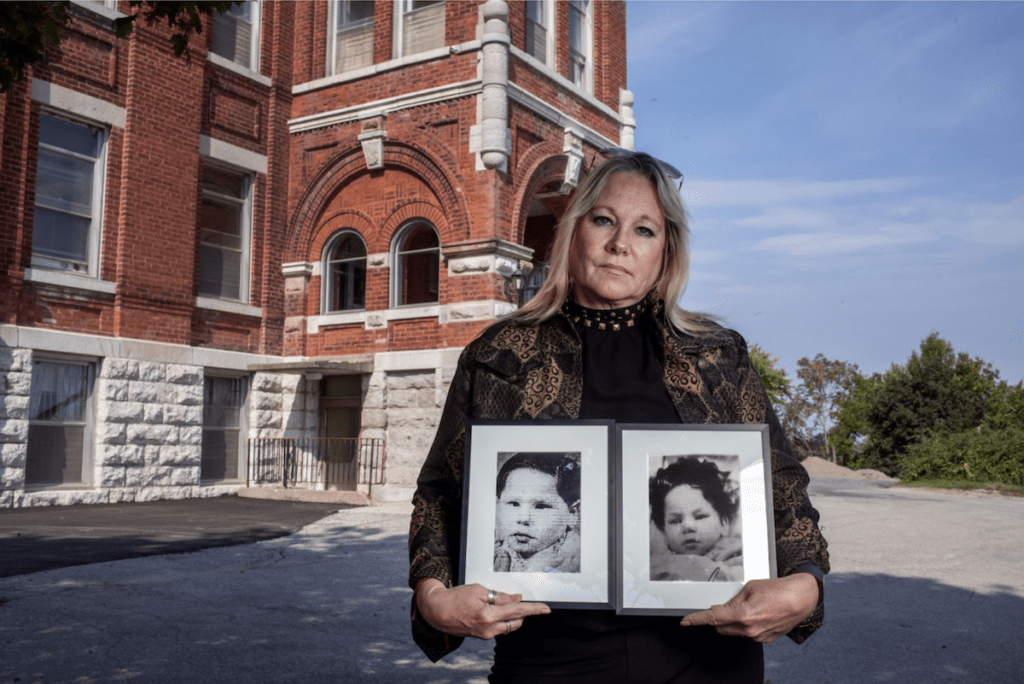 Unloved: Huronia’s Forgotten Children is a multi-layered investigation of a shameful period of our social history. It is also a personal journey by filmmaker Barri Cohen, who went looking for the truth about her half-brothers, Alfred and Louis, who were kept a secret from the rest of the family by her father.

The abandoned institution with the mild sounding name of The Huronia Regional Centre (HRC), sits surrounded by cottage country lakes. Yet this dark residential hospital and school for children and youth deemed intellectually disabled, and for other unwanted children, was a blight amid the beauty.

Known in the19th Century as the Orillia Asylum for Idiots, Huronia embodied a brutalist approach common throughout Europe and North America, to those who didn’t meet the definition of normal. It was where thousands of children were sent when doctors recommended they be institutionalized.

What the filmmaker discovers is a community of survivors and activists who have sought redress for years of physical, emotional and sexual abuse. In 2013, they received a settlement from the Ontario government on a landmark class action suit. Cohen’s camera was there to record painful memories and chart the survivors’ success in commissioning a Memorial Monument at the Huronia Cemetery to honour those who lived, died, and were unceremoniously buried at Huronia, many in unmarked graves.

The film reminds us of the legacy of discrimination and casual cruelty, where “a world of fear and shame decided who was fully human and who was not,” said Cohen. People like class action litigants Patricia Seth and Marie Slark, were admitted to the HRC with their I.Q.s listed on admission forms. Cohen’s brothers were listed on admission documents as “idiots”. Some, like artist Brian Logie were admitted as simply, “a disturbed boy from an unstable home.”

Unloved: Huronia’s Forgotten Children takes us inside the now-empty HRC, where children were once kept in cage-like cribs or punished for minor misdeeds by being locked alone for hours in a lightless boiler room dubbed “the pipe room”. Deep scratches made by small hands are still visible on the room’s door, marking a child’s helplessness and despair.

“My intention with Unloved,” says filmmaker Barri Cohen, “was to portray a reality that will hopefully resonate with audiences so that they may recognize how much dehumanization, “othering”, and warehousing of people continues to this very day in institutional spaces.” Cohen’s intention as well is to call attention to the intergenerational damage that lingers when children are segregated from family and love, rather than receiving full supports within their communities.

“Unloved is the product of trust and conversations, built over these many years of the film’s production,” Cohen continues. “The survivors, and the survivors they speak for, are resilient and brave, and I’m grateful to them and to my family for choosing to share their stories and embark on this journey. The film also features dogged activists, advocates, historians, and academics of critical disability studies who guided my thinking, and the film’s trajectory of thought, about how vulnerable we all still are today, living in conditions structured by failures of love, compassion, and decency.

“The emotional impact of our brothers’ fate on my other siblings, especially my sister Adele, who was closest in lineage to the brothers, and to my older brother Marshall, was life changing. I had to weigh in there very carefully. Marshall had to re-shuffle what he thought he knew about his early childhood with the revelations about Louis and Alfie, and Adele was very brave in walking into an empty Huronia with me, allowing me to follow her. But she insisted. She wanted to know: what did you brothers live with so long ago?”

Produced with the participation of the Canada Media Fund, Rogers Documentary Fund, Ontario Creates, with the assistance of The National Film Board of Canada and The Canadian Film or Video Production Tax Credit.