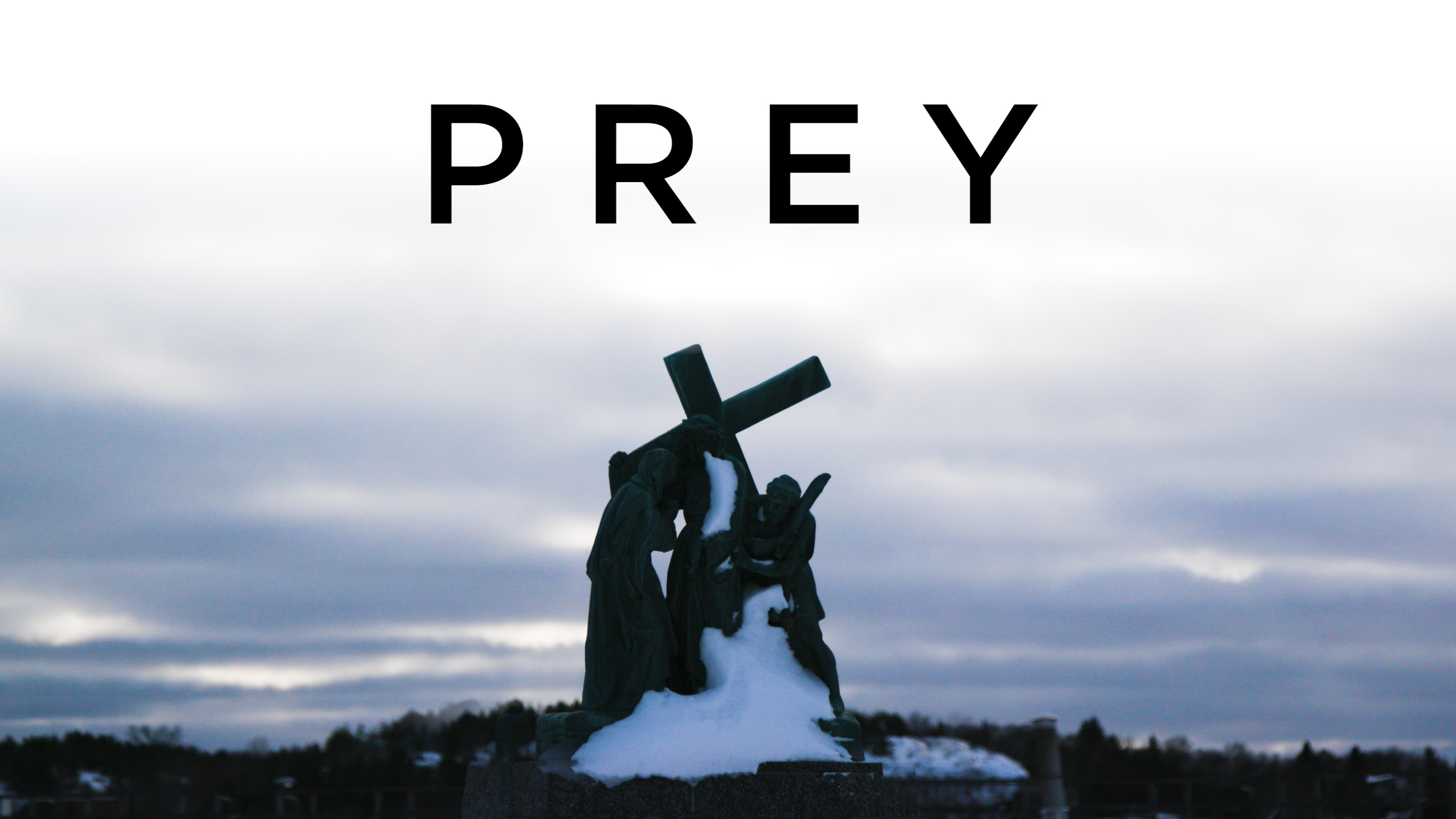 When the Church denies responsibility for a predatory priest, a survivor
and a “priest-hunter” lawyer rise to the challenge.

As reports mounted of pedophile priests in its ranks over generations, the Catholic Church’s frequent response has been to transfer the offenders, offering a “clean slate” to reoffend.  And as we discover in Matt Gallagher’s riveting courtroom documentary Prey, when plausible deniability becomes shaky, the Church buys silence in the form of legal settlements, in amounts up to $1 million (arguably direct from the Sunday collection plate).

Prey follows London, Ontario lawyer Rob Talach – a.k.a. “The Priest Hunter” – and focuses on two survivors, Patrick McMahon and Rod MacLeod. The latter is determined to be the one plaintiff who does not settle in the case of William “Hod” Hodgson Marshall — a Basilian priest and teacher in Sudbury, Toronto and Windsor, who sexually abused at least 17 minors over the course of 38 years.

The complication: Father Marshall died in 2014 at age 92. But before he died, he recorded a not-particularly-repentant confession on video. So, the mission becomes, not to catch a child molester, but to make the Church culpable for repeatedly placing a monster in a position of trust.

While not allowed into the actual court proceedings, Prey recreates the mood of the trial, while profiling the various people connected to it. McMahon – who was molested by Father Marshall in his own bed when the priest, a family friend, was invited to sleep over – mounts a one-man protest outside the churches and courtroom.

Meanwhile, on the Church’s side, we get to know Basilian Fathers spokesman Father David Katulski, who is engaging and apparently sincere in his compassion, to the victims but also to the perpetrator. He is a well-spoken instrument of the Church’s denial.

On the surface, this seems like an unlosable case. But Talach has fought this fight many times, and takes nothing for granted, as the settlement money waved at MacLeod rises higher.

“Emotionally, this was a very difficult film to work through,” says Gallagher (How to Prepare for Prison, Grinders). The sheer scope of the abuse uncovered in these stories is chilling enough on its own. But the power of the secret held by these survivors, and the doubt and even blame they encountered when they began to talk, that’s an extra ordeal that’s hard to imagine.”

A special panel discussion moderated by On Docs, a TVO Podcast host Colin Ellis follows the screening with guests from the film.