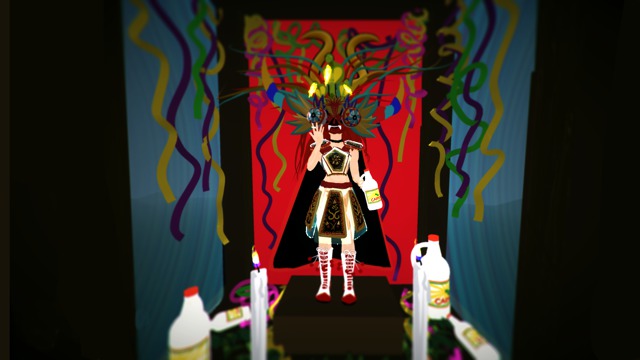 PRISON X, Chapter 1: The Devil and The Sun

The First Chapter of a VR animated series by Violeta Ayala.

Available with Explorer Pass or above from January 29 to February 3, 2021*
Home VR equipment required

A mythological journey inside the dreams and nightmares of the Neo-Andean underworld.

Quechua filmmaker Violeta Ayala grew up three blocks from Bolivia’s San Sebastian Prison. Years later in 2010, she started working on the award-winning documentary Cocaine Prison (TIFF 2017 selection) – but she knew the stories of the prisoners had to go further.

“It was my world but it wasn’t a world you could capture with a camera,” says Violeta. “And I needed technology that wasn’t yet invented – virtual reality.”

Now, in the Prison X series, you can step inside the infamous prison through the journey of seven characters and a devil with a mind of her own. In Chapter 1: The Devil and The Sun, audiences are drawn into the hand painted world, where The Jaguaress greets you at the gateway between theater and reality, and casts you as Inti, a young man imprisoned after his first job as a drug mule.

“VR is not just a medium but a tool for the democratisation of animation, and for people who otherwise wouldn’t even think about other possibilities of storytelling,” adds Violeta. “I had the freedom to interpret the world away from a colonised point of view and include the myths and traditions that shape my world.”

Selected to World Premiere at the 2021 Sundance Film Festival as part of a tightly scaled down New Frontiers program.