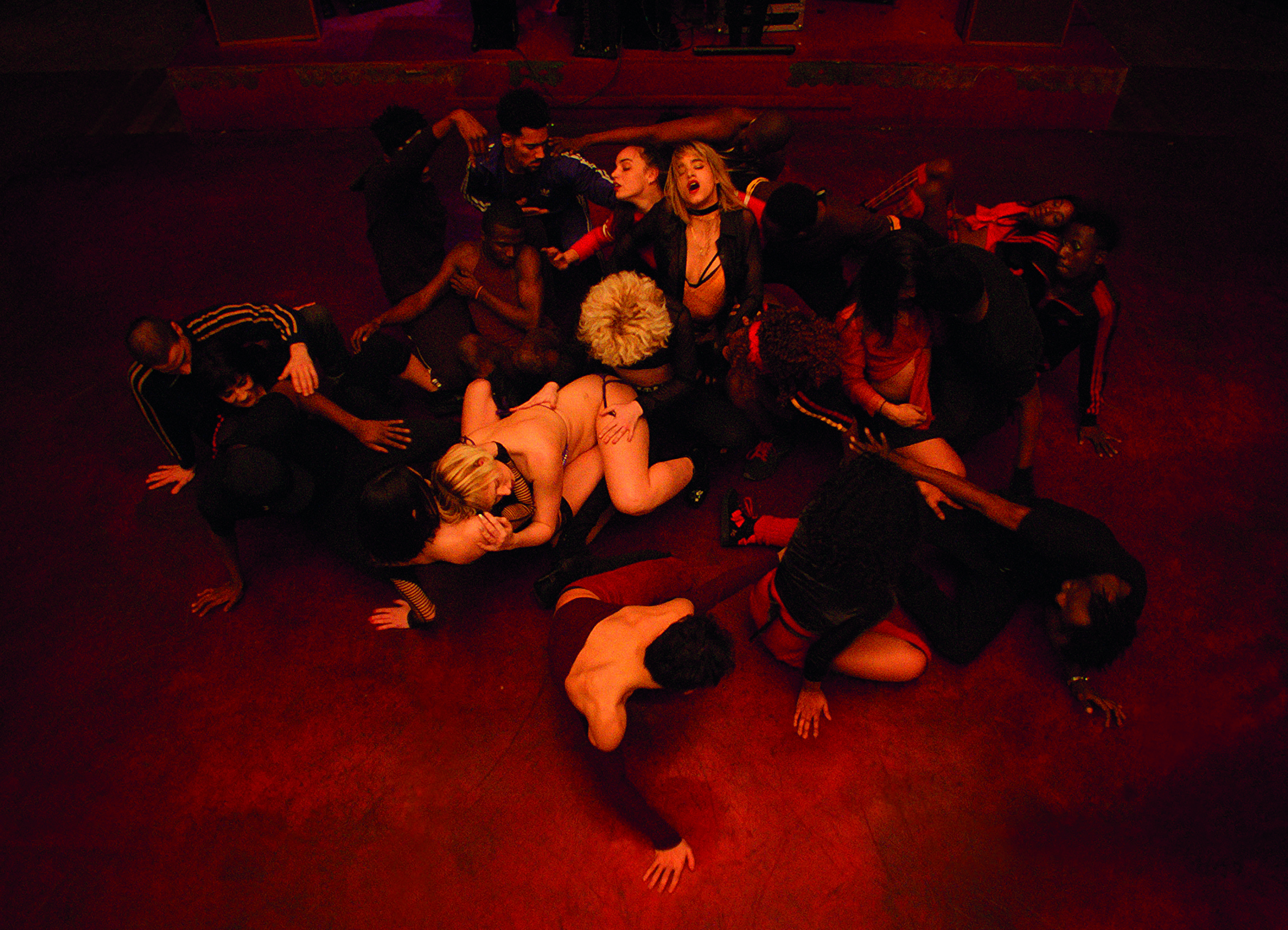 After a captivating festival run, including sold out screenings at TIFF’s Midnight Madness last September, Climax returns to Toronto and across Canada for what no doubt will be a Highpoint of a theatrical release. Opening across the country March 1.

From director Gaspar Noé (Irreversible; Enter the Void; Love) known for violent, sexually charged films that both repel and entrance viewers is back with a hypnotic, hallucinatory, and ultimately hair-raising depiction of a party that descends into delirium over the course of one wintry night.

And audiences love it, for the most part.

In Climax, a troupe of young dancers gather in a remote and empty school building to rehearse. Following an unforgettable opening performance lit by virtuoso cinematographer Benoît Debie (Spring Breakers; Enter the Void) and shot by Noé himself, the troupe begins an all-night celebration that turns nightmarish as the dancers discover they’ve been pounding cups of sangria laced with potent LSD.

Tracking their journey from jubilation to chaos and full-fledged anarchy, Noé observes crushes, rivalries, and violence amid a collective psychedelic meltdown.

“There are sometimes certain events that are symptomatic of an era,” says Noé. “These events explode, spontaneously or otherwise, until they reach the law enforcement agencies; some then become information on a major scale. They take on a new dimension: they are magnified, reduced, misrepresented, digested or not by those who disseminate them and those who receive them.

“Lives, glorious or shameful alike, end up on paper, then quickly disappear into collective oblivion,” continues Noé. “Existence is nothing more than a fleeting illusion that each of us takes to the grave.”

Starring Sofia Boutella (Atomic Blonde) and a cast of professional dancers, Climax is Noé’s most brazen and visionary statement yet.

Accolades for Climax include 2018 Cannes Film Festival C.I.C.A.E. Award and nominations for Best Director and Best Cinematography at the 2019 Lumiere Awards.

About Raven Banner Releasing
Raven Banner Releasing is the Canadian distribution arm of Raven Banner Entertainment – a full service company specializing in innovative and compelling genre films from around the world. Past releases include Andre Ovredal’s The Autopsy of Jane Doe, M.F.A, Don’t Knock Twice, Baskin, Todd and the Book of Pure Evil: The End of the End, Trench 11and Tragedy Girls. Upcoming releases include Hagazussa: A Heathen’s Curse,and Level 16.